Can You Guess How Many Selfie Related Deaths Occur Every Year? The Answer Might Surprise You

Did you know that there were 28 deaths in 2015 from skateboarding accidents??  No surprise right, Riding a skateboard like a daredevil is a fairly risky sport.  Well, how about hearing the SAME number of deaths occurred from people taking selfies! Believe it or not, statistics from Zachary Crockett at Priceonomics lays out the numbers and it’s true! 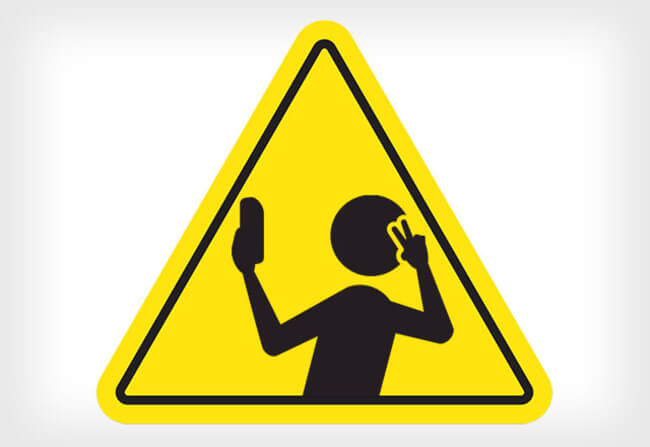 Although no deaths over the age of 32 are reported, the average age for fatalities is 21. Results show that 75% of the victims are male. India leads the world in selfie-related deaths with Russia and U.S. trailing slightly behind.

Failing from a great height seems to be the main cause of expiration. But running close behind is drowning, trains, gunshot wounds and, grenades. You can find complete lists including statistical breakdown of countries, gender, and ages, as well as other causes of death by checking out the information below or on Priceonomics. 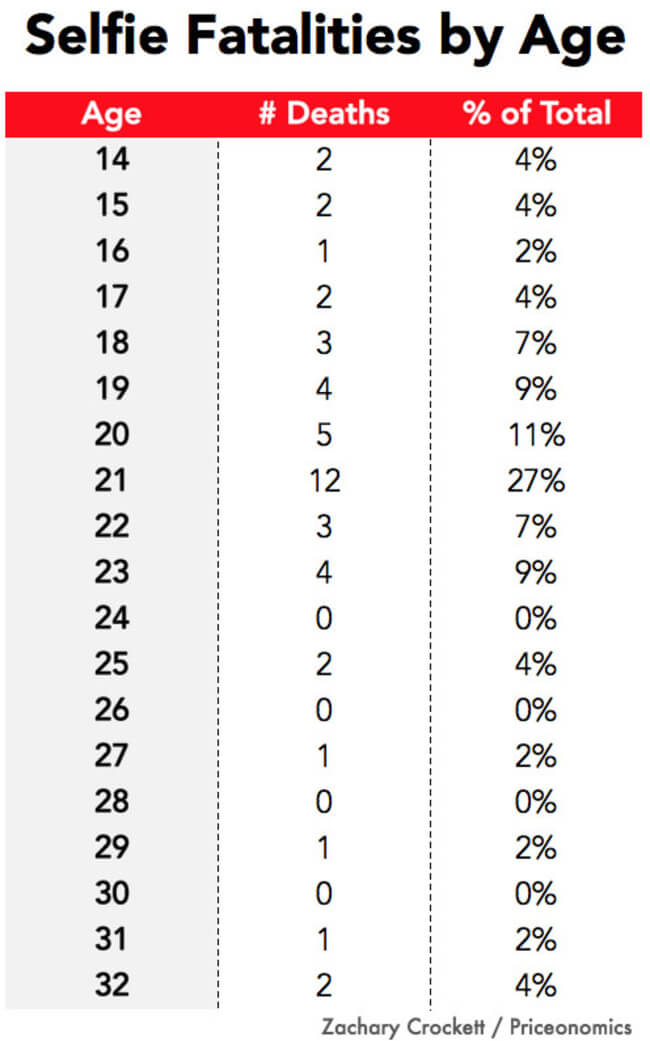 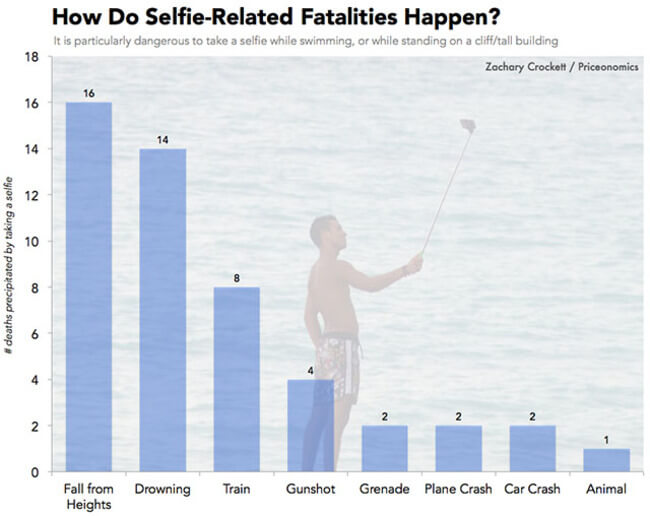 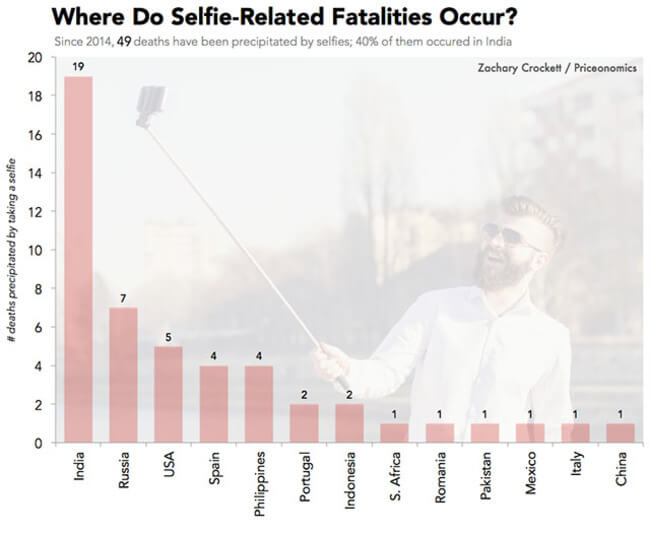 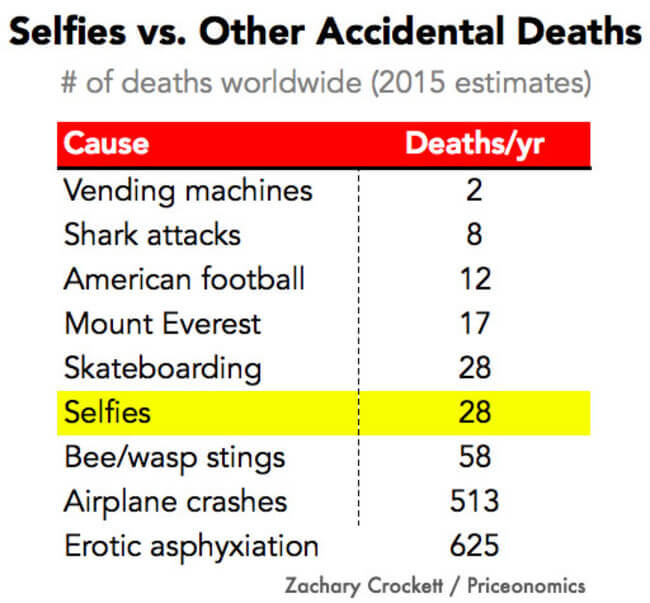 Mom spent her maternity leave showing the world to her newborn

These Unique Wool Rug Look Like Lavish Gardens Inside Your House

These Unique Wool Rug Look Like Lavish Gardens Inside Your House