by Danielle
in Entertainment, Trending
0

If there is one thing that almost everyone who keeps an eye on the goings-on in Halloween is privy to, it’s that supermodel Heidi Klum loves Halloween. For over a decade the bombshell has been pulling out all the stops for the costume-clad holiday-with results that are sure to stun, amaze or even make you feel a little uncomfortable.

Original concepts like her colorful butterfly costume in 2014 and her golden alien goddess look in 2003 have made huge splashes at their respective Halloween events, but Heidi is no stranger to dressing up as herself either. In 2013, she stunned red carpet bystanders by emerging as a 95-year-old incarnation of her gorgeous self, complete with a cane that complemented her grandmotherly ensemble. 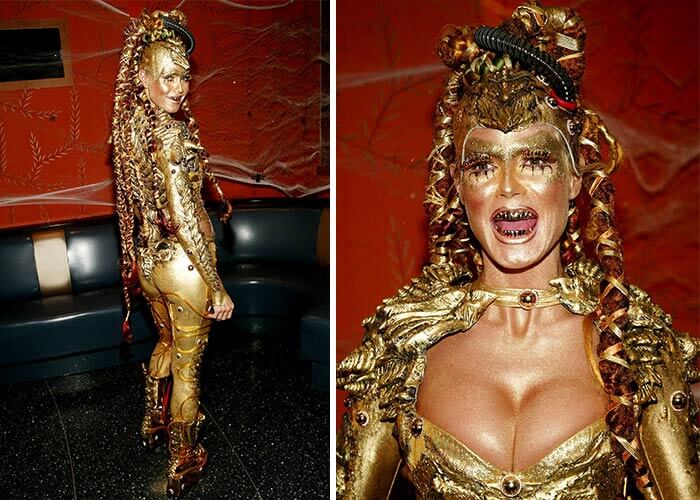 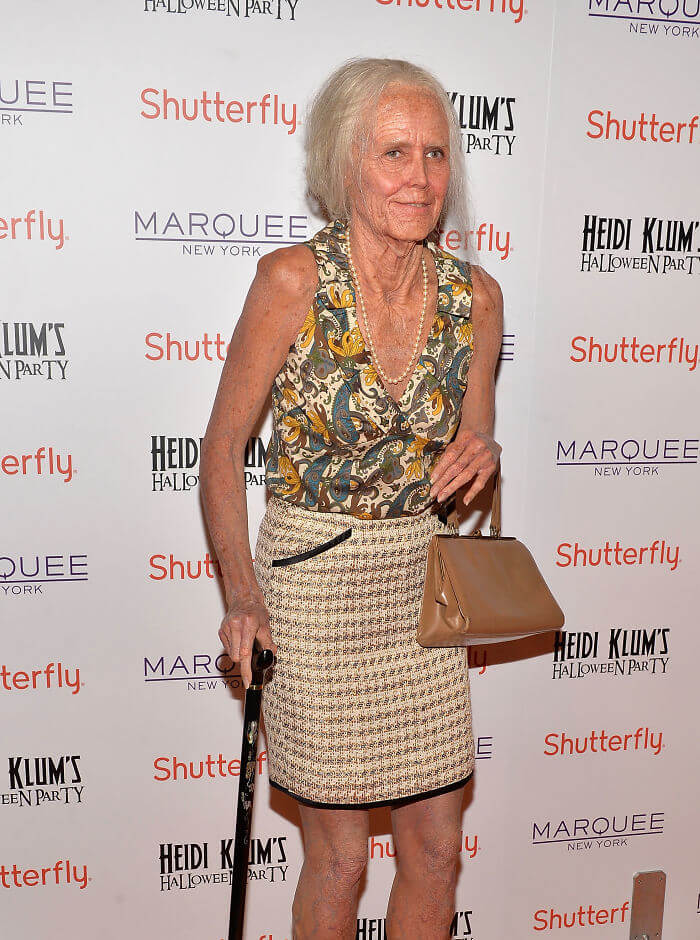 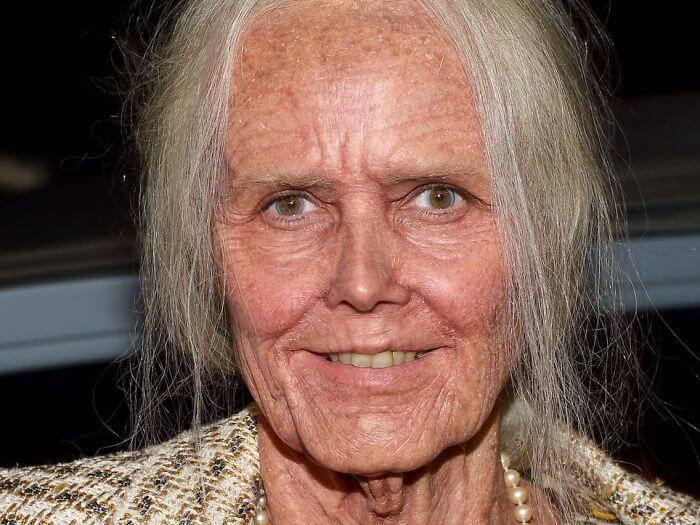 In 2002, Heidi channeled the iconic beauty of cultural phenomenon Betty Boop. Thirteen years later, the dedicated Halloween enthusiast donned pads and artificial aesthetics to obtain the exaggerated hourglass figure of cartoon vixen Jessica Rabbit, proving that there is no such thing as “too much” when it comes to celebrating this spook-tacular day. 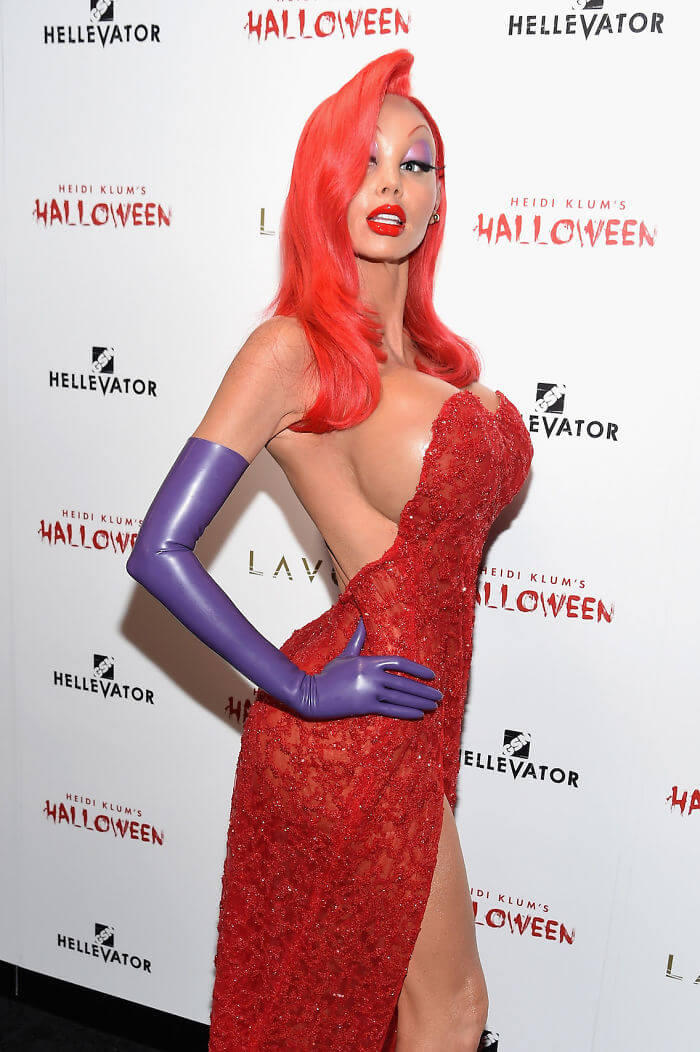 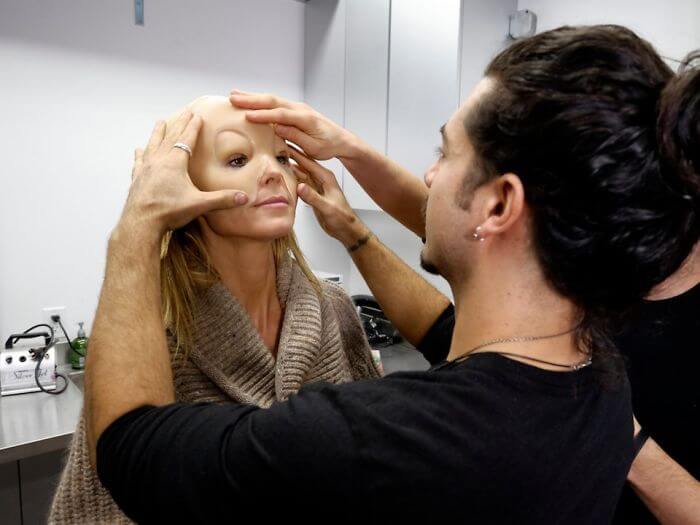 Even traditional Halloween costumes take on a whole new life when Heidi Klum decides to adapt them to suit her own glamorous approach. 2004’s witch, 2005’s vampire and 2007’s cat costumes were far from the “usual” where Halloween attire is concerned. Is there anything that this woman can’t rock with perfection? 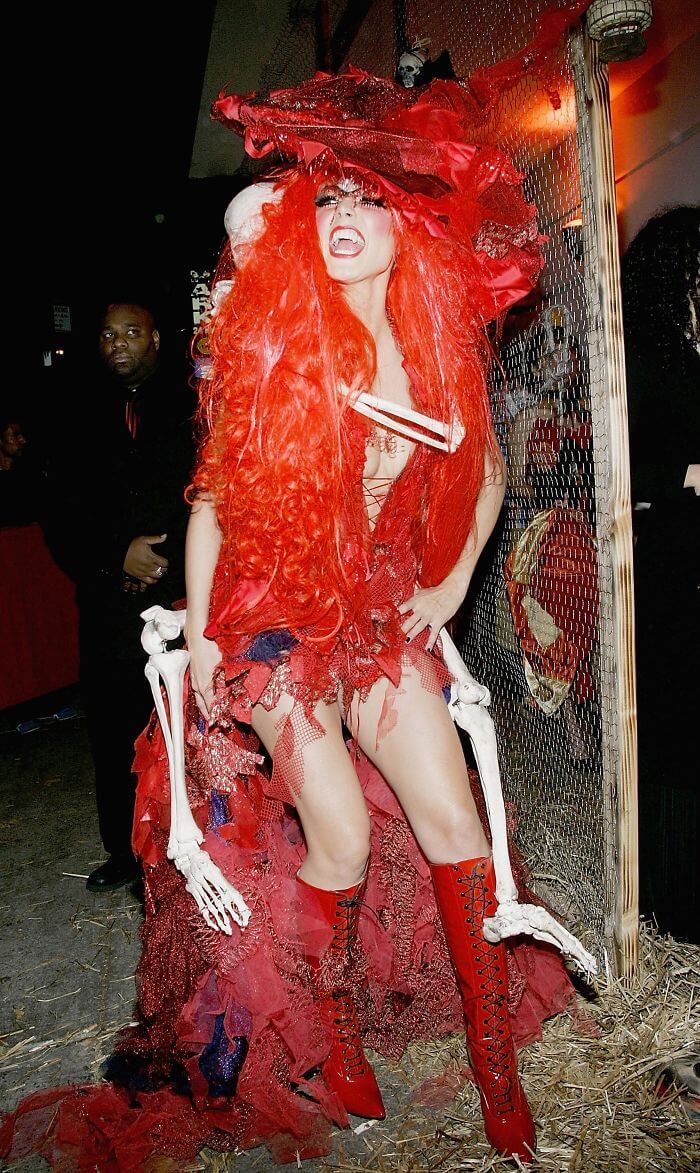 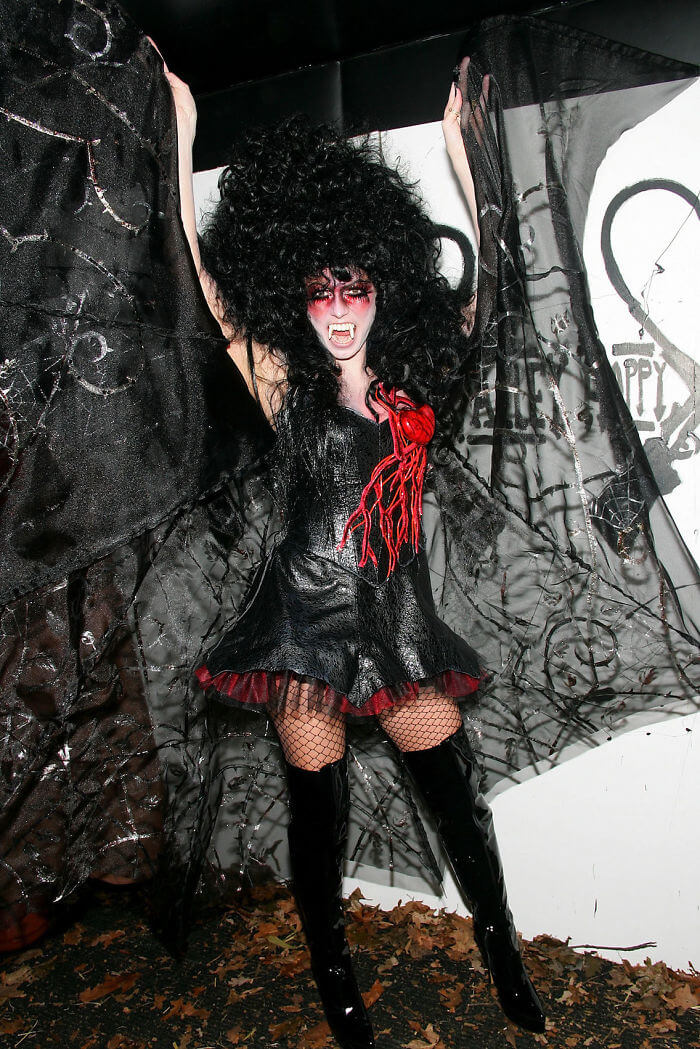 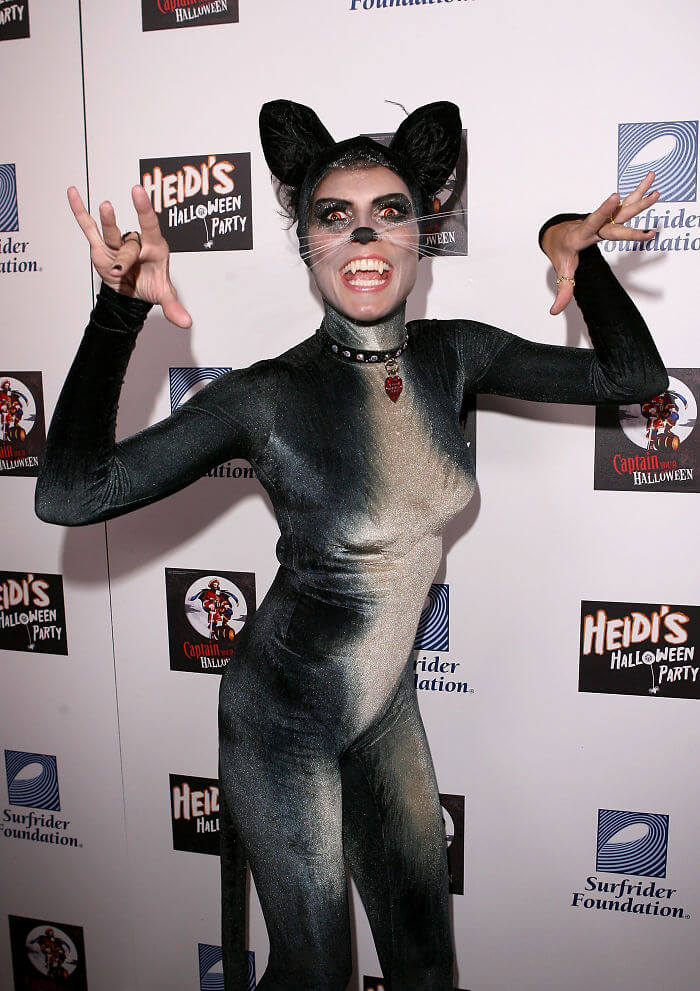 Don’t be fooled into thinking that Heidi Klum’s Halloween is all about sultriness, however. Over the years she has become known for her elaborate and sometimes downright gruesome visions-like 2011’s ultra-convincing cadaver body suit. Even when she doesn’t have skin, Heidi looks fierce AF. 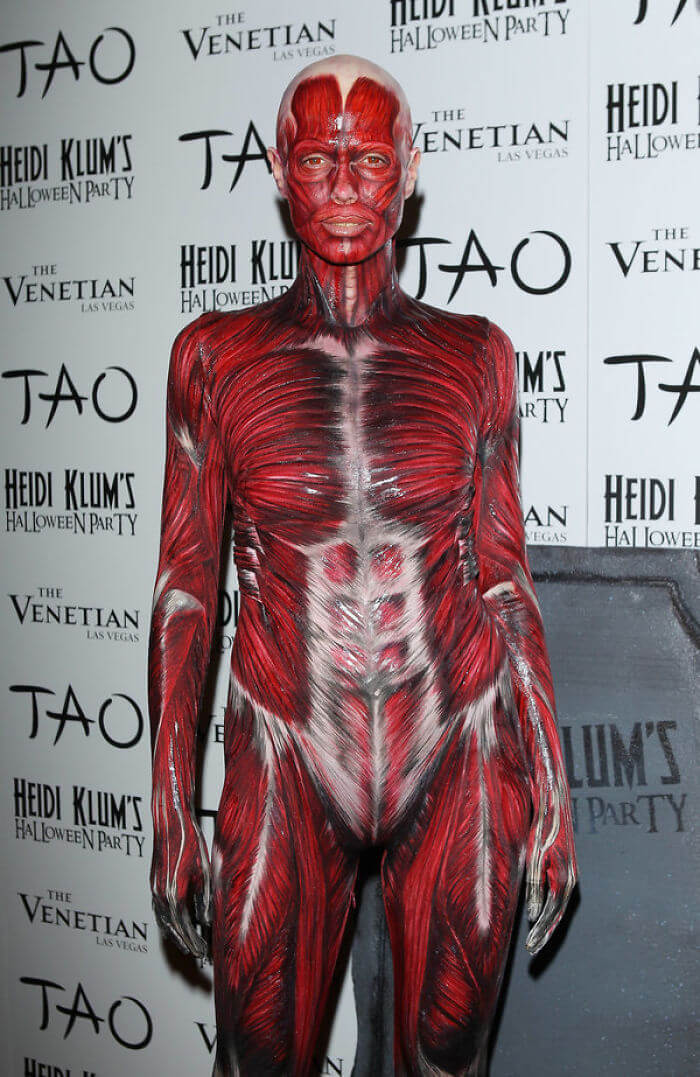 This year has been no exception to the supermodel’s repertoire of Halloween excellence. Check out the pictures below of her process in morphing from bombshell to werewolf. If you recognize that costume, you’re not the only one. For 2017, Heidi pays homage to Michael Jackson’s “Thriller” video. And the festivities don’t stop at her costume, either! She got a whole team of people to don zombie costumes and recreate the dance that has made the video loved by so many. 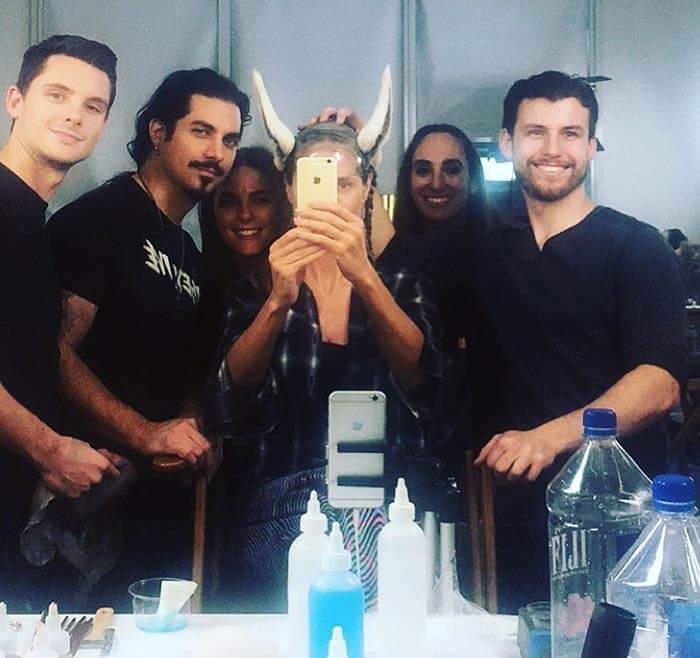 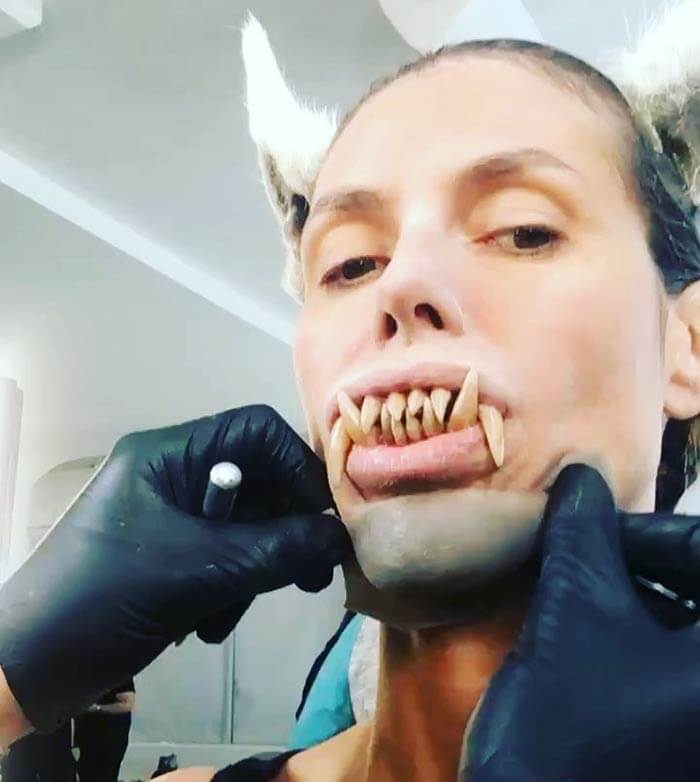 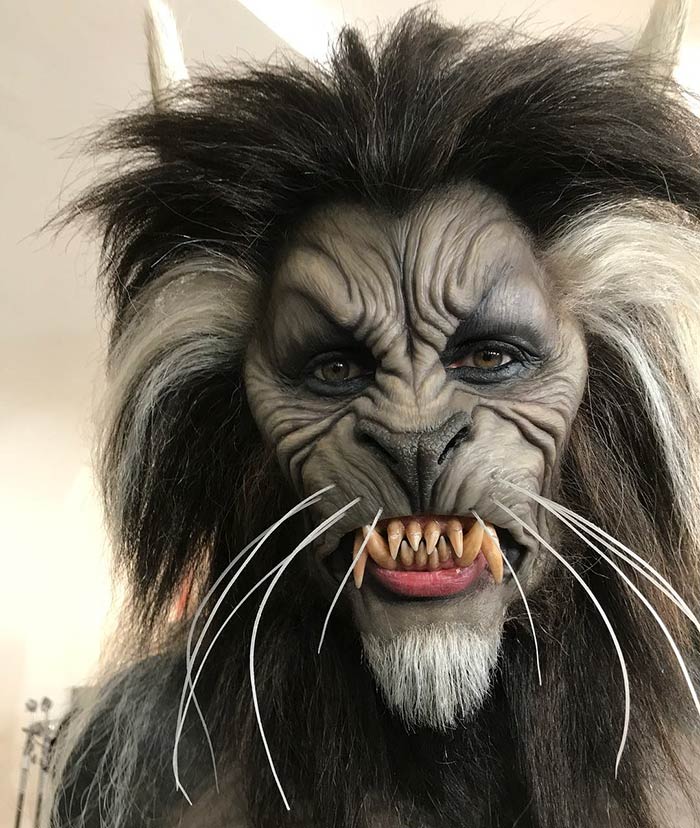 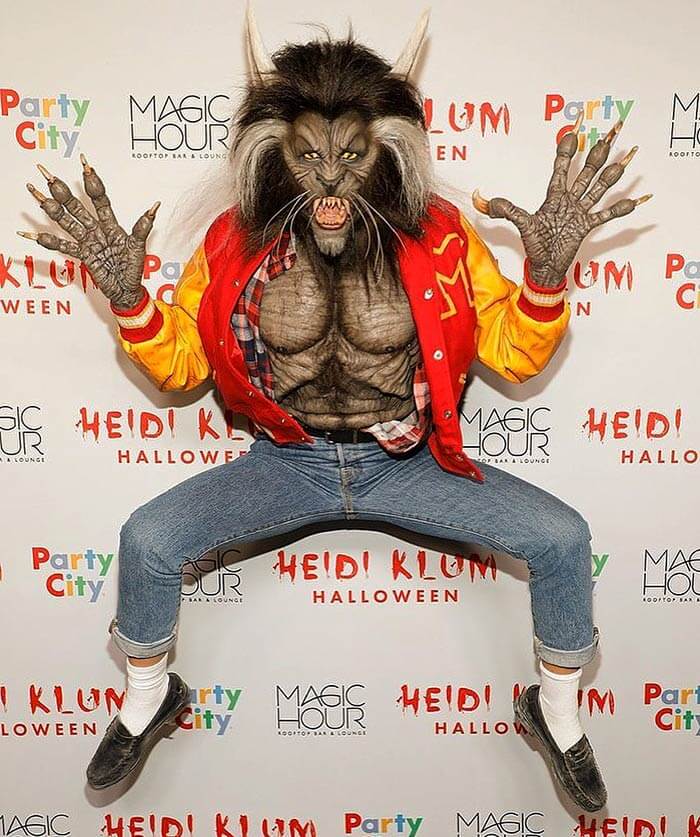 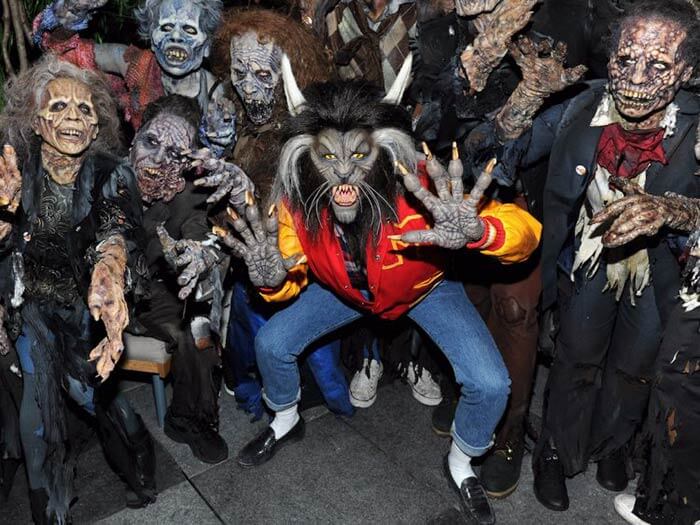 See all of Heidi Klum’s Halloween costumes over the years below: 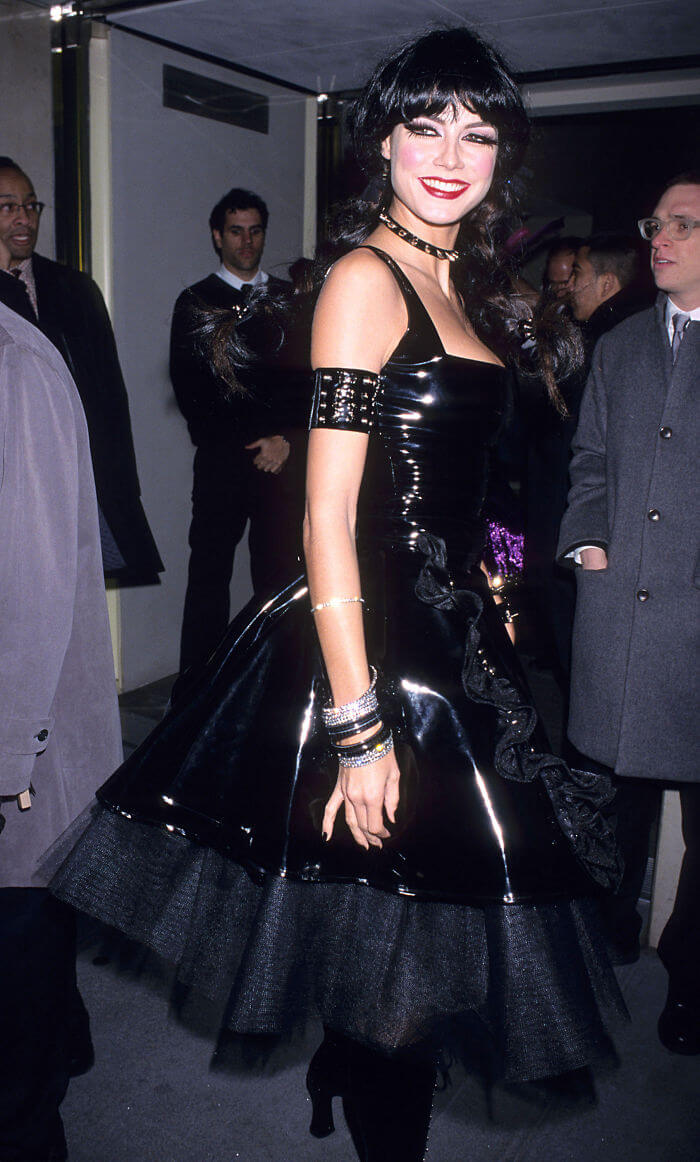 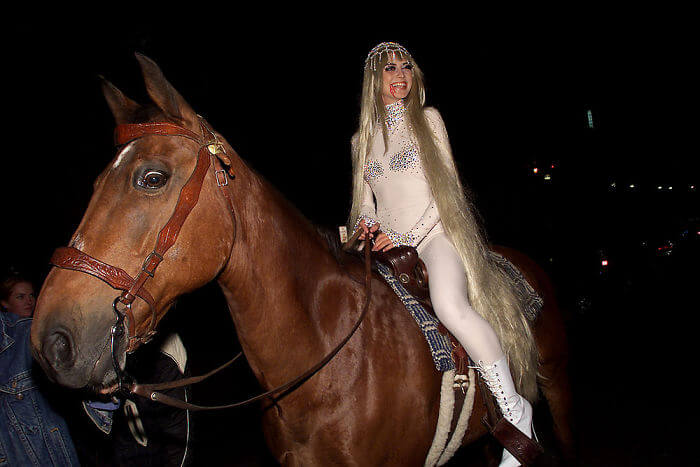 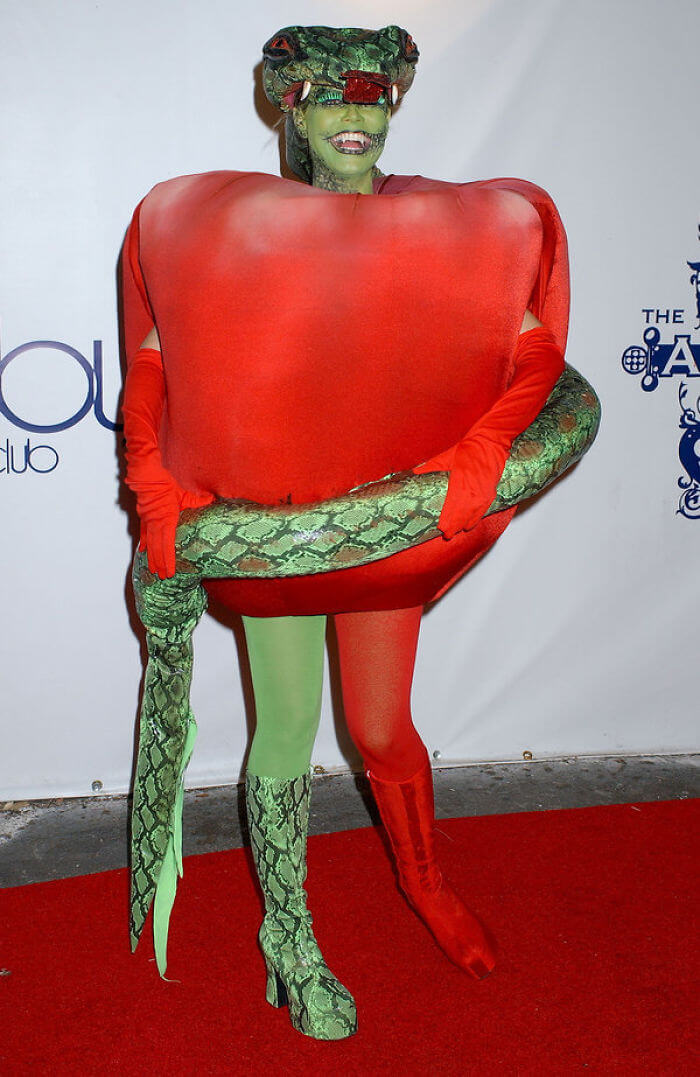 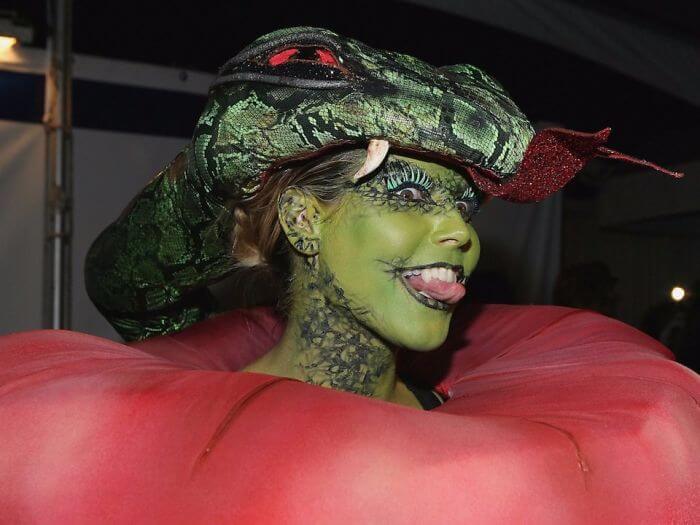 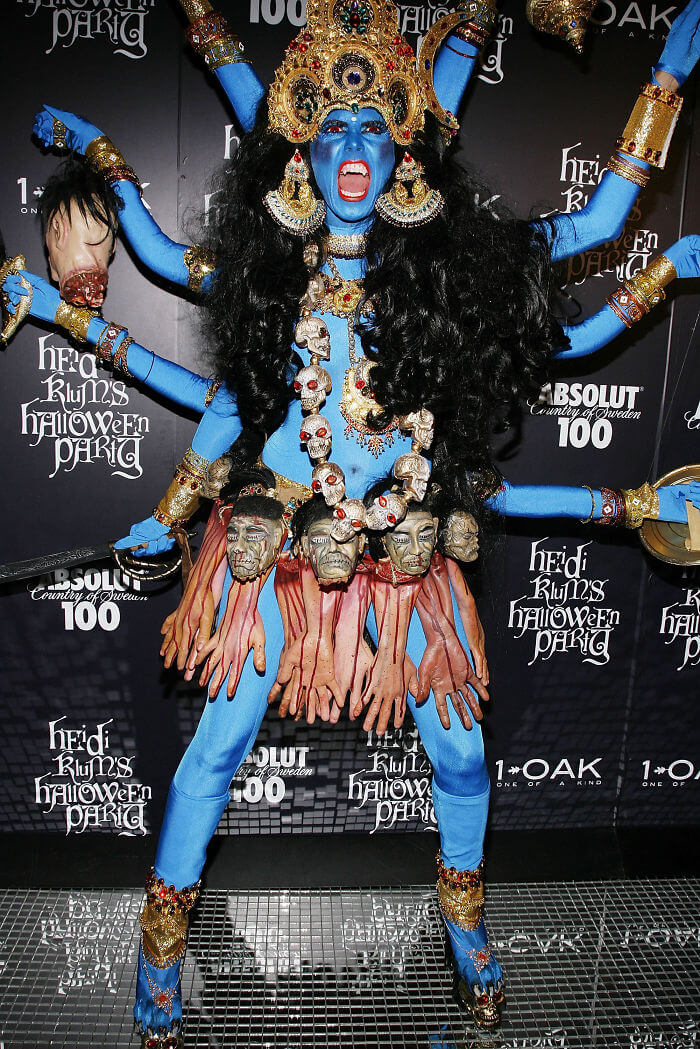 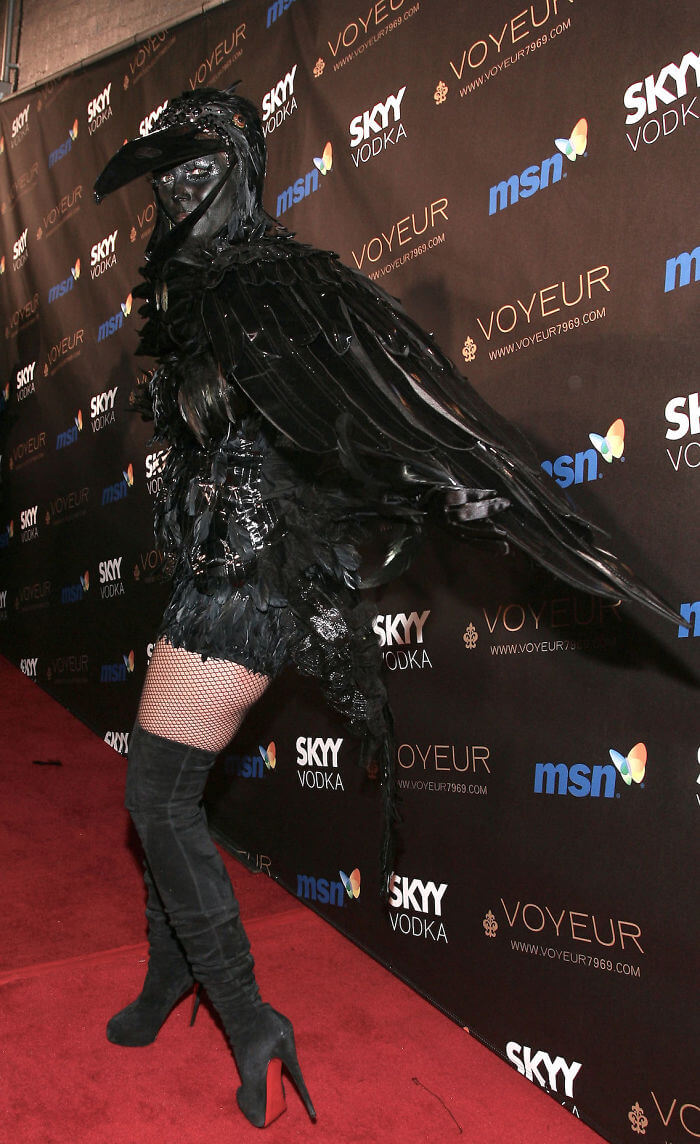 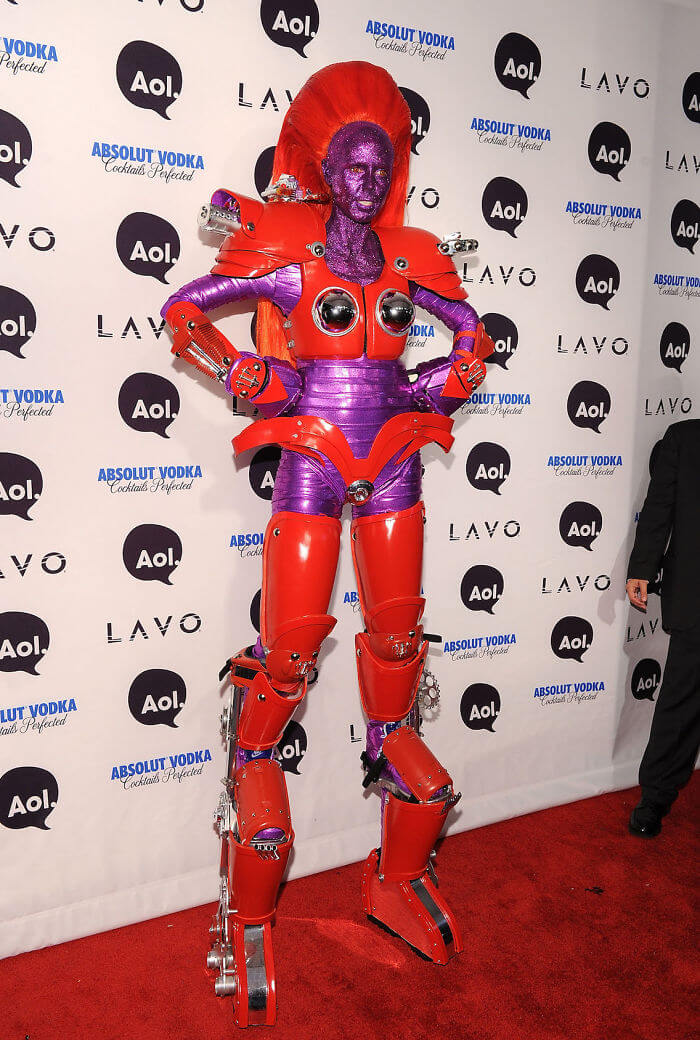 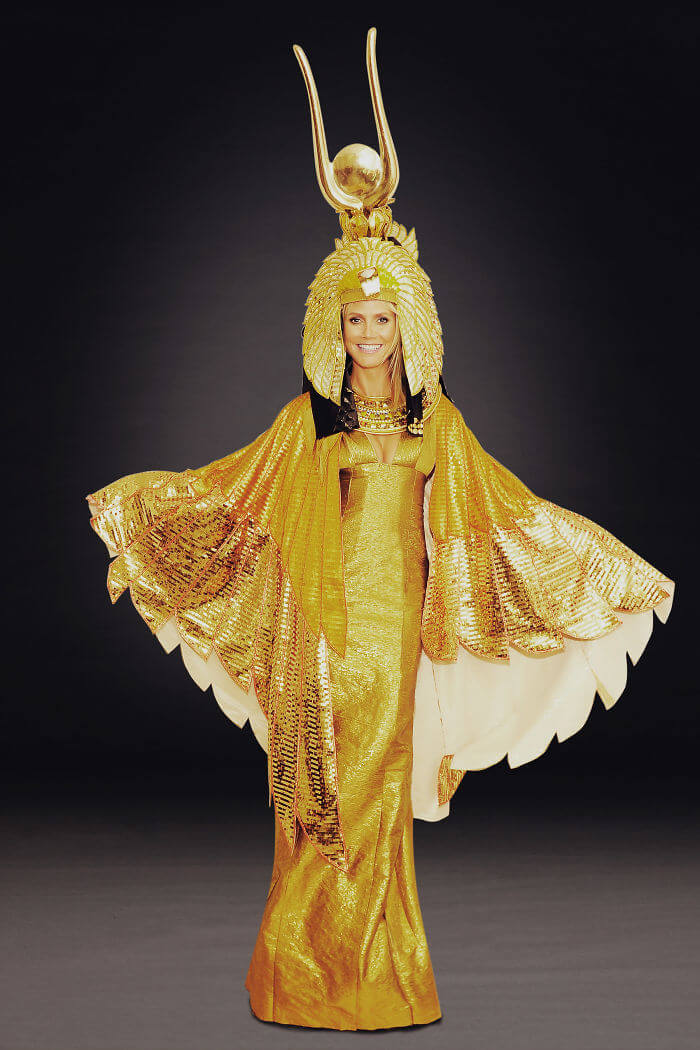 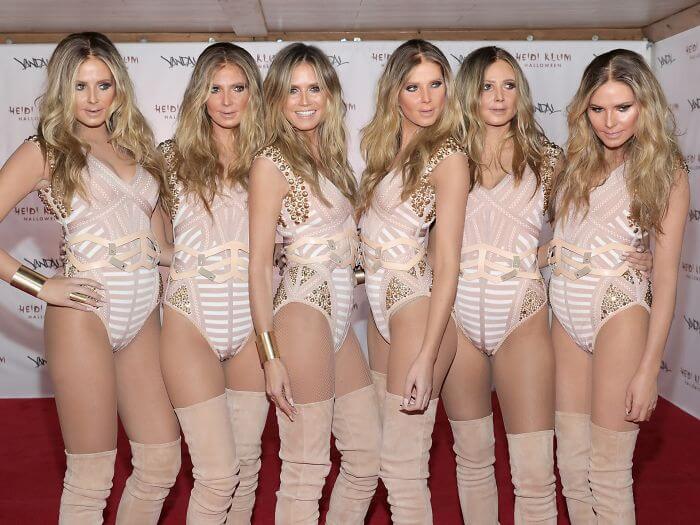