An engineering student and a cosplayer from Florida named Ben carpenter, who is also impaired, has amazingly transformed his wheelchair into an epic Mad Max cosplay that will definitely garner him a spot in Valhalla.

Carpenter yet naturally born with spinal muscular atrophy, amazes everyone when he perfectly imitated the Mad Max movie’s early scene where Mad Max is without defense and controlled by a warboy named Nux. A two-wheeled carriage is attached to the back of his wheelchair which is similar  with the motor vehicle in the movie, is operated by his fierce fellow cosplay enthusiast named Amy.

Ben is a cosplayer and engineering student from Florida 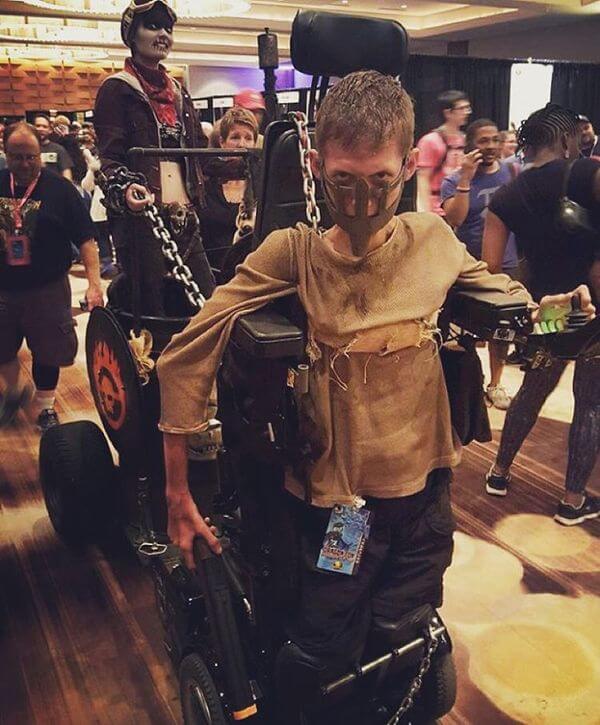 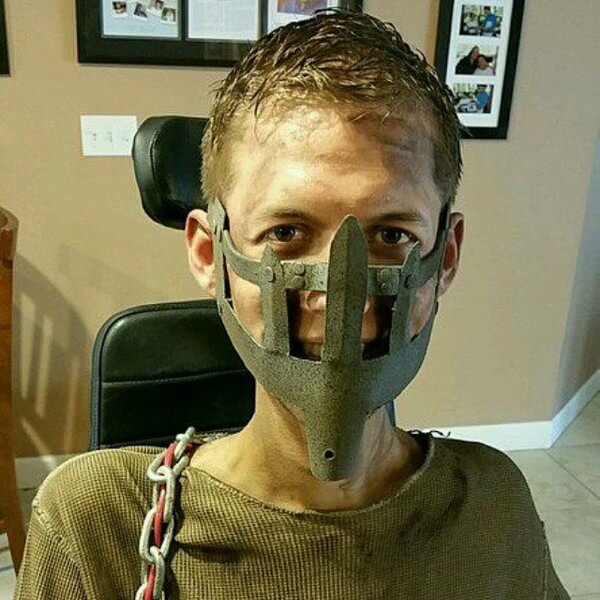 Welding is one of his expertise 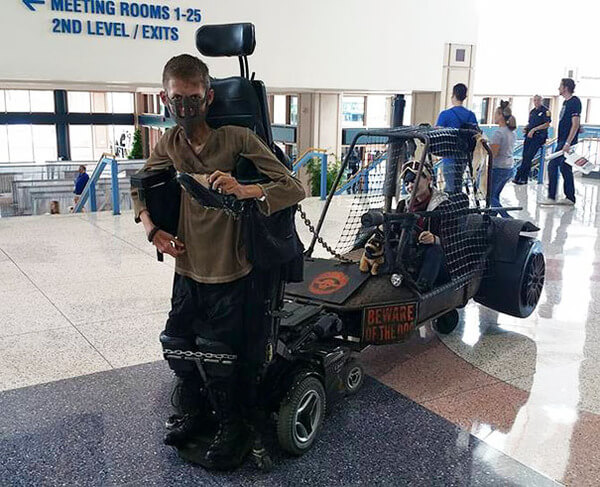 His wargirl friend and fellow cosplayer, Amy is often included in his costume 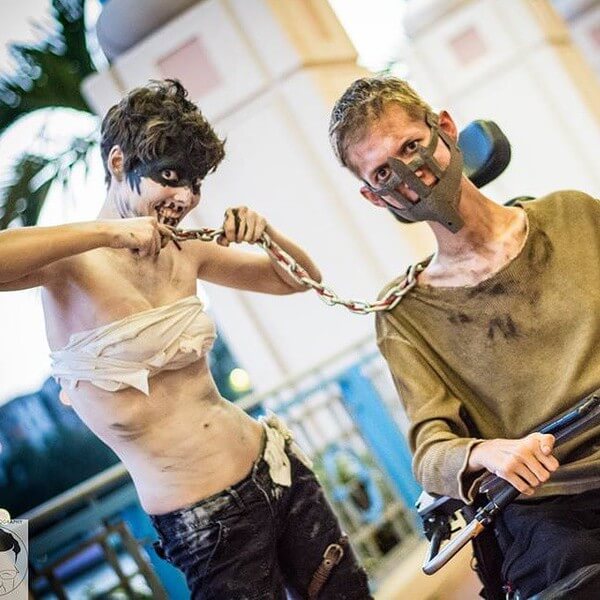 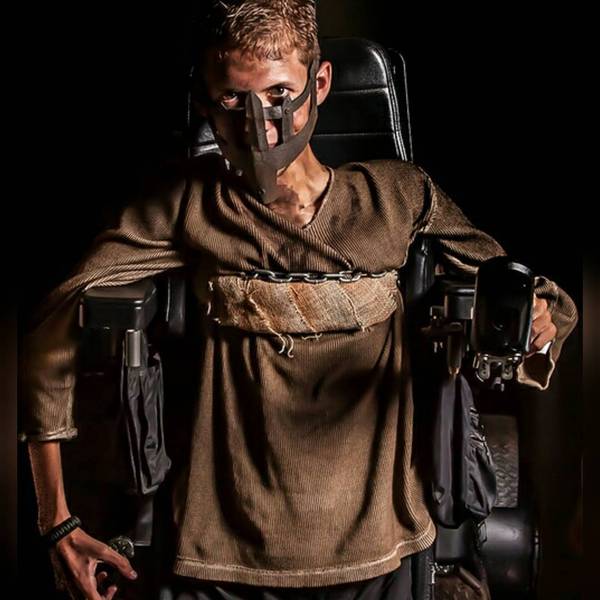 That’s Ben when he is not wearing his cosplay costume 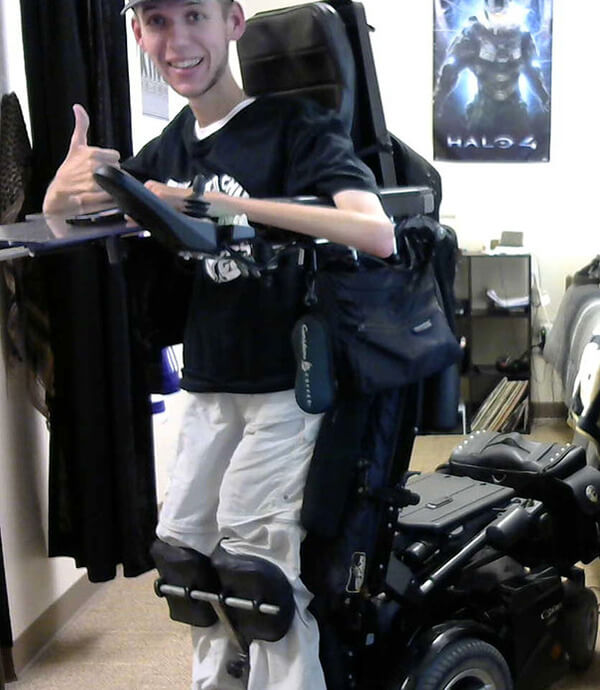 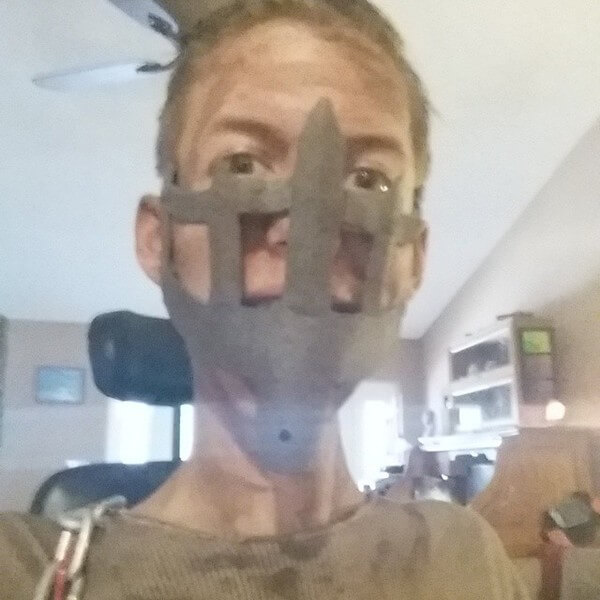