A couple from Googong, NSW in Australia, named Alex Dennison and Ashley Lewis who made a compilation of photos of their German Shepherd’s astonishing growth in just eight months has gone viral right after they posted the pictures online.

They have been surprised and astonished with the people’s response to their cute and cuddly long coat German Shepherd named, Nasra, of whom they have been taking pictures every month since they took her home at eight weeks old.

In the latest photo, when Nasra is more than 8 months old, Ashley almost could not carry her in her arms because she is becoming bigger and longer. With her size, she also looks so heavy. 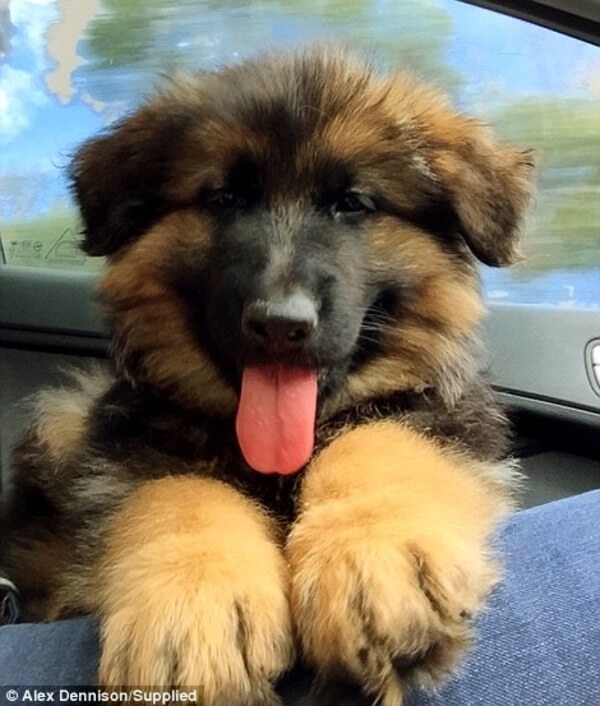 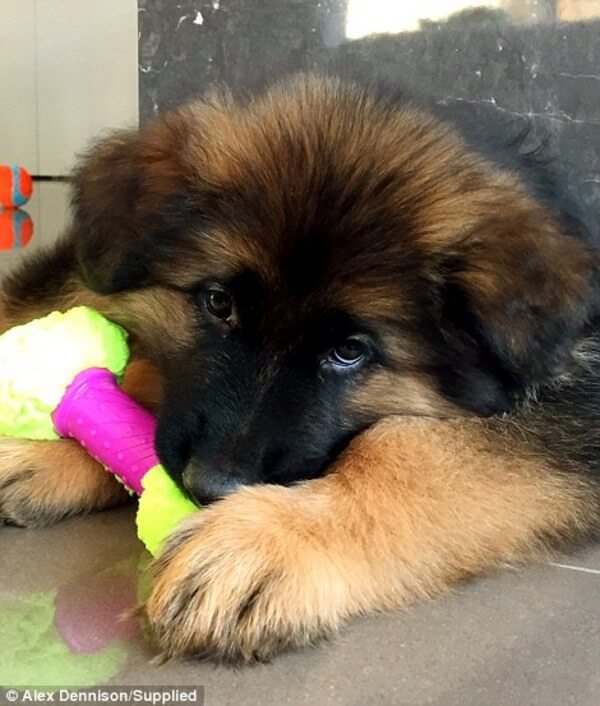 Nasra was found by the couple at Khayem German Shepherds breeders in Penrith, NSW, and finally took her home right after their home was built. According to Dennison, they had not realized how much their pooch had grown until they looked back at the photos taken every month. 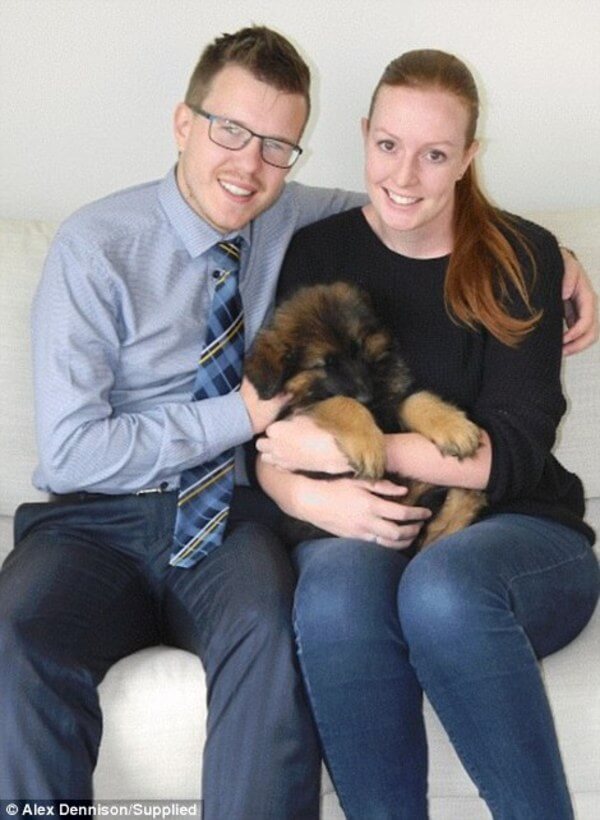 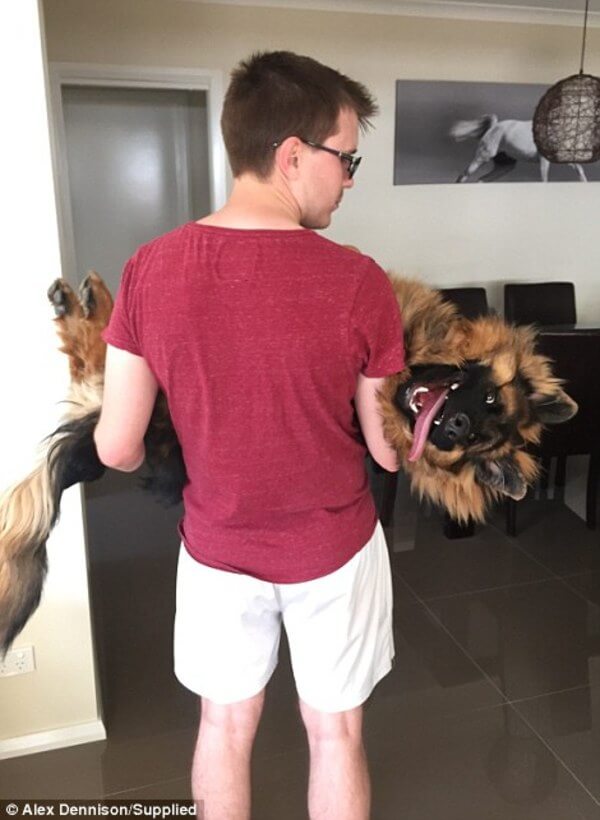 ‘We knew given the breed that she was going to be a big girl, but we didn’t really notice day to day how big she was getting,’ Mr Dennison said. ‘It was only when we looked back at these progression pictures that we realised how much she’d grown.’

‘When she was younger in particular people would stop us in the street and tell us how stunning she is – but always commenting on her size, they’d say “Look at those paws, or her head, she’s going to be so big,” and we’d laugh it off – but yeah, they were right!’ 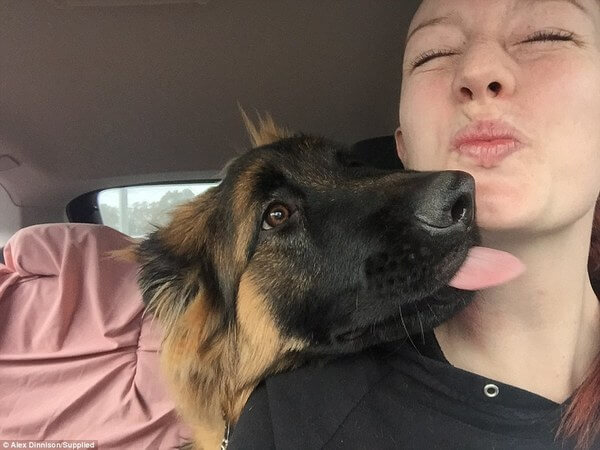 According to him, Nasra surprisingly eats about 20 kilos of kibble a month, excluding oats, meat, and other treats. She has a lot of growing to do, though she is almost in full size.

This enormous pooch has not yet realized that she’s grown bigger – ‘She’s still a puppy,’ he told DMA. ‘When she’s ready to play, you definitely know about it, she’s all over you and there’s not much you can do, you have to say yes!’

The couple were so astonished with the progress they witnessed with their pooch after taking photographs of her every month in front of their house. They decided to share these photos in Reddit. 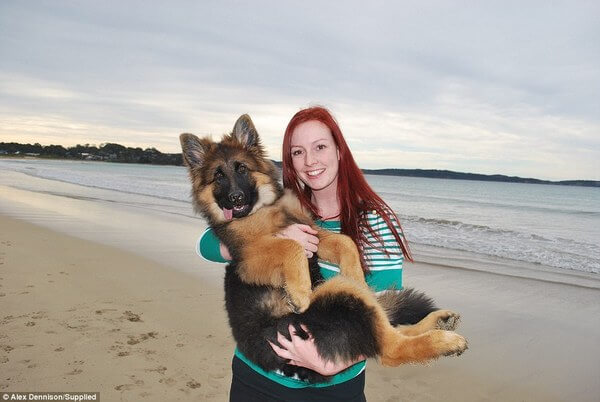 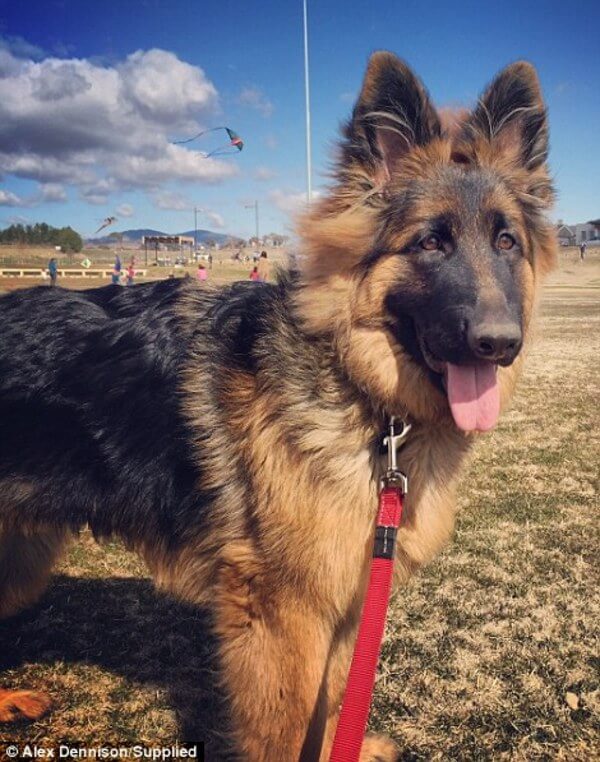 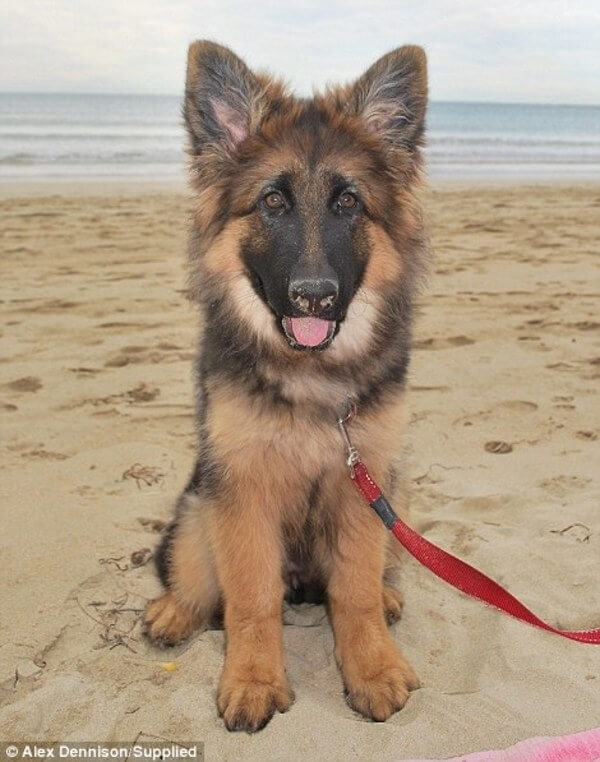 ‘We posted on Reddit at about midnight, and then woke up in the middle of the night and it had a thousand views and hundreds of comments,’ Mr Dennison said of how quick it has become viral.

The photo series has received enormous positive comments rather than negatively commenting on Ashley’s same attire for eight months.

‘It’s been a real sore point in our house,’ Mr Dennison laughed of comments that Ms Lewis hadn’t changed her clothes for eight months. ‘Obviously it was 100 per cent on purpose to highlight how much the dog had grown.’