The world is getting smaller and smaller with the advancements of technology, but there are still many places that are so small or situated at exotic locations that make for a breathtaking experience. below are 30 of such places

Saying this town’s name and getting there is equally hard – from the capital of Iceland you will need to go on a plane to Greenland that only goes once a week and then get a helicopter ride to the small town. it is worth it 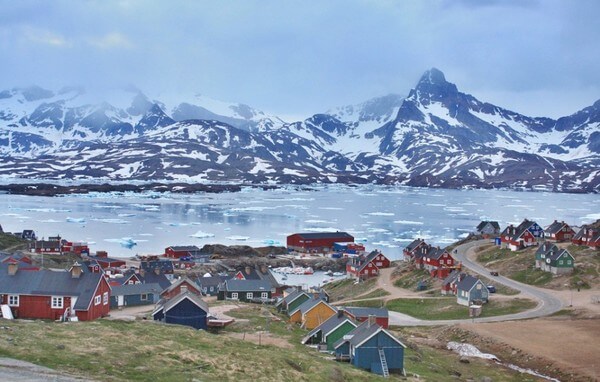 This enchanting town is at the heights of the Zugspitze mountain, the town was originally two separate settlements, one Roman, and one Teutonic, they were forced to combine when the 1936 Olympics were held there 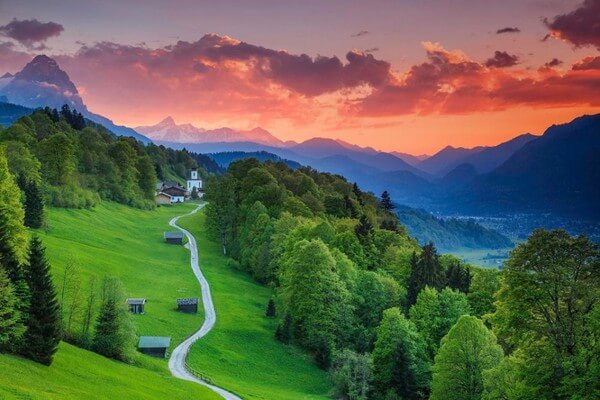 3: Village in the Himalayas, Tibet 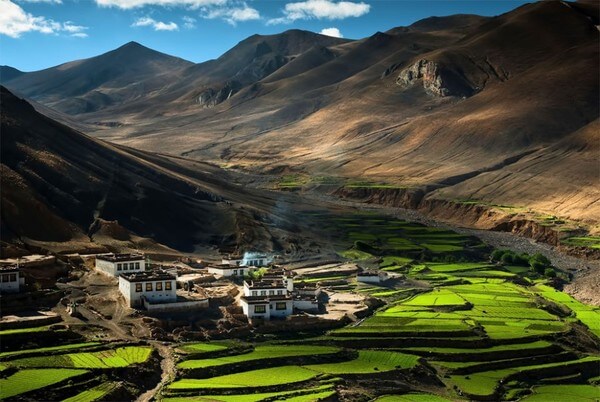 A quaint fishing village in the beautiful arctic islands of Moskensoya. Voted as the most beautiful village in all of Norway this place only has 329 residents 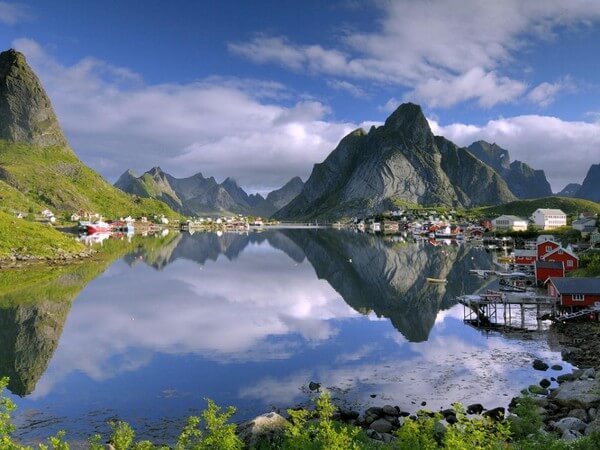 These chain of islands in the north of Scotland is easily missed by most, it was was very difficult to access these islands for many years because there is only one staircase that was built during the British occupation of the islands in World War II. The lucky 18 people who live in the village are nested between two 2,300 foot tall mountains 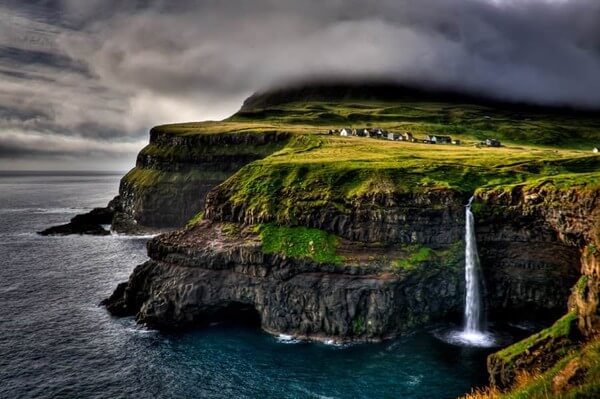 The capital wine from the Alsatian district, you can’t escape the exquisite aromas while you are there. the town was founded in the 1200s during the Roman Empire, since then the town has earned the nickname ” Little Venice  ” due to its twisted waterways and medieval streets 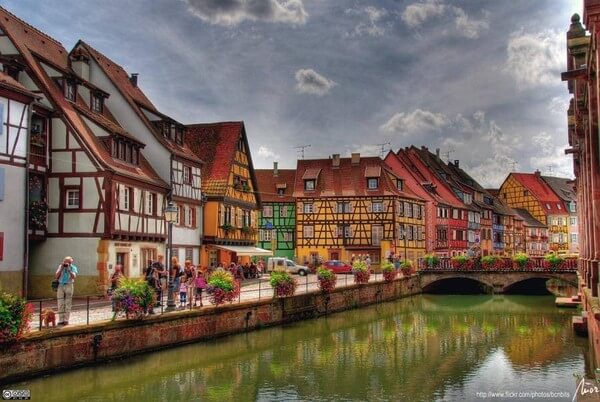 Back in the 900 BC the Phoenicians landed on Malta and built the trading port of Marsaxlokk, but now the town is the main supplier of fish to the island nation and is well known for its huge markets that are stocked with many kinds of fish 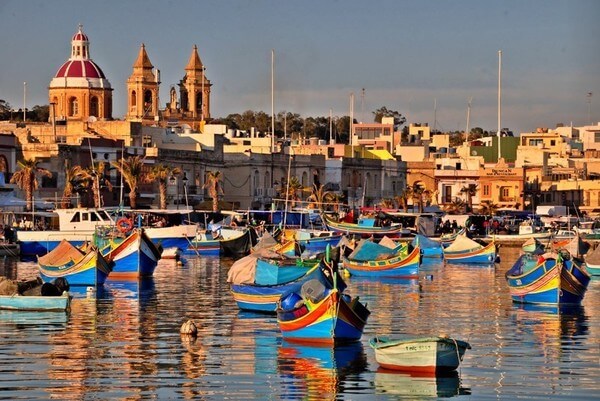 This small town of 5,000 residents is known for having the most beautiful health spas in the area. Bled was founded in 1004 and was given to the bishop of Brixen as a gift from the Roman Emperor, the castle sits in the center of the magnificent Lake Bled

Founded in 5000 BC, Hallstatt is one of the oldest settlements in Austria,surrounded by breathtaking mountains  and so much salt that was being produced by this town in the 1300s that miners decided to make the first industrial pipeline from 13,000 hollowed out trees. This is one of the most beautiful towns in Austria 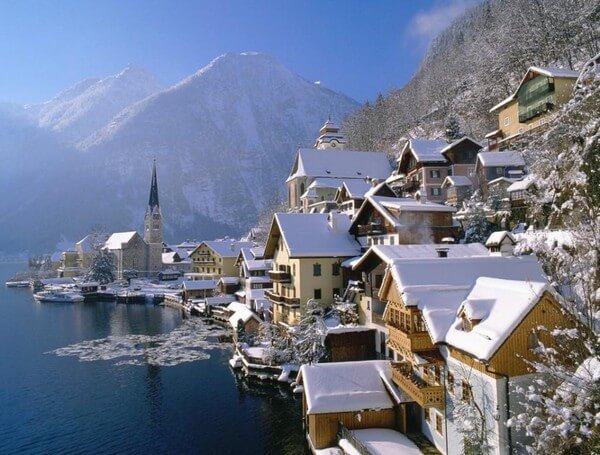 Manarola is a beautiful place with colorful houses that are carved into the mountain. the church of this town is dated to 1338 which makes this town one of the oldest in the region, now the town is famous for its great wine and paintings of Antonio Discovolos 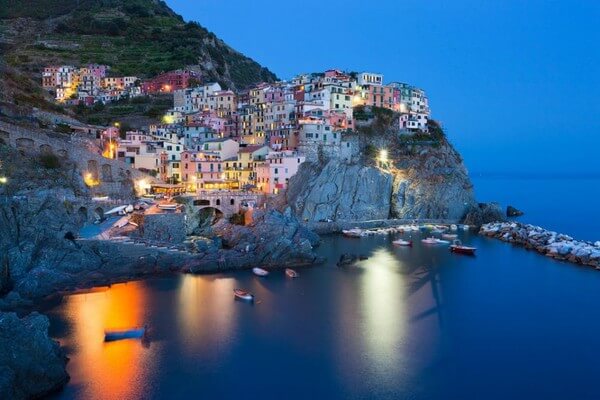 Often referred as the most beautiful place in England, the town was first mentioned in the Domesday Book of 1806 and it has still preserved its past  ever since. The majority of the town is still as it was hundreds of years ago and the river Coin still dominates the main street 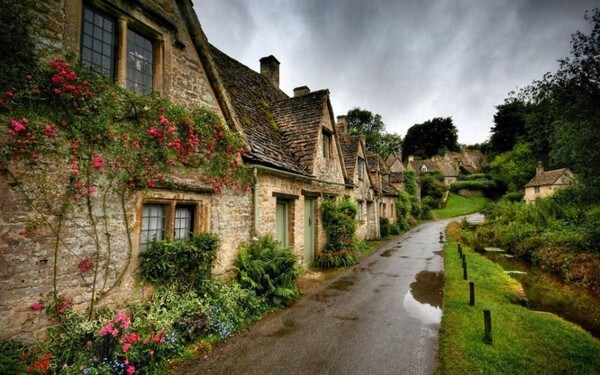 More picturesque than the French Alps that surround it, this little town was built around a 14th-century chateau. The town has small canals and streams that run out of the blue Lac Annecy 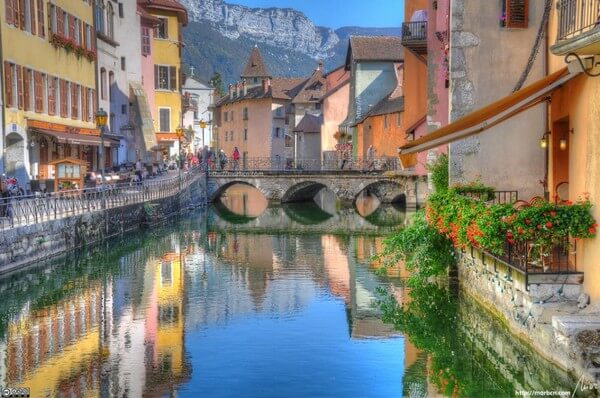 First built during the Roman era, it’s easy to see the exquisite rock formations that dominate this area. The hard natural rock was used as foundations for those that built the town and even to this day much of the ancient architecture still stands. 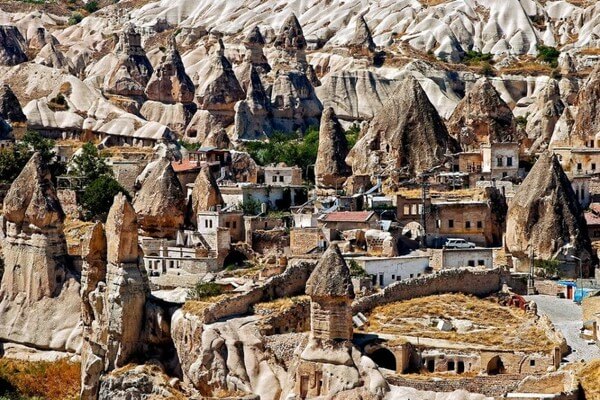 Surprisingly this town is in the USA, and we say that because this town was modeled on a Bavarian village. Originally a small lumber community built in 1906 but it struggled economically so in 1962 they completely transformed the town into what it is today saving it from certain doom 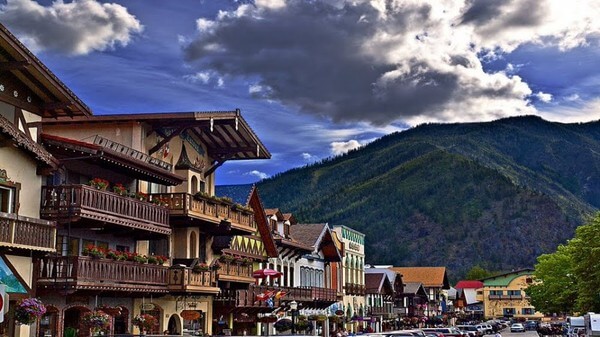 Queenstown is only one of many gorgeous places in New Zealand. The town is built around Lake Wakatipu which has views of the Walter Peak and The Remarkables. Found in 1860 following the discovery of gold, this town boomed 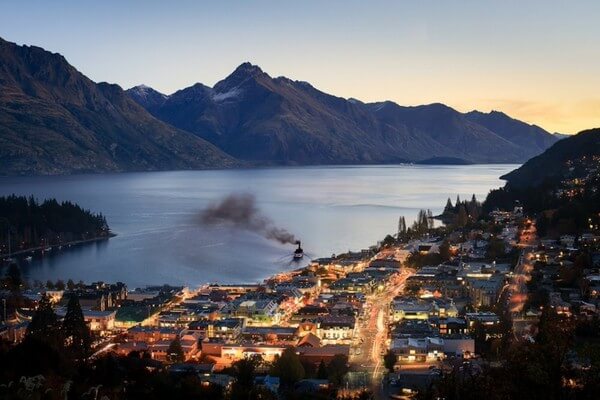 There isn’t much that is known about these reclusive villages that are scattered around China. We do know that they once served as strongholds for the military, they are also only reachable by horseback and they offer a unique look of classical China 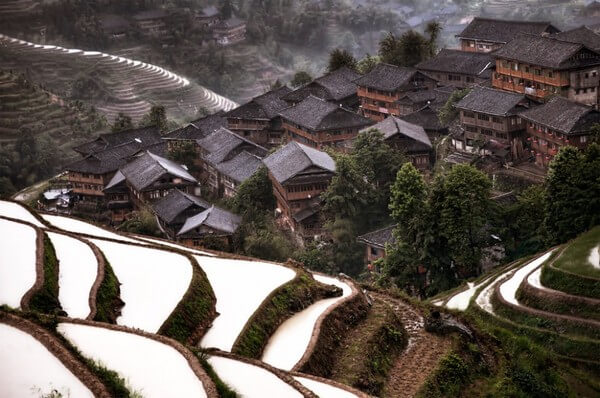 The small traditional village is known for its incredibly steep roofs that were built this way to withstand the heavy snowfall in the region, It is impossible to occupy this magical place of forests and mountains area beside the small piece of flat land the village was founded on 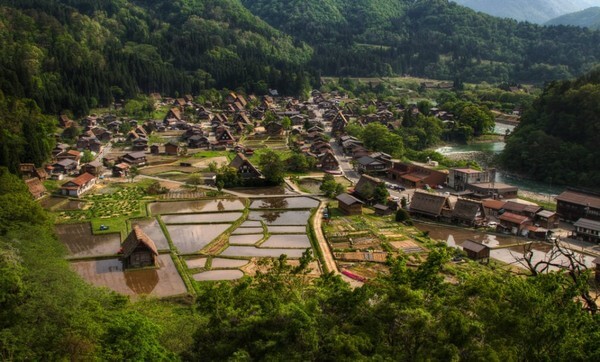 An exotic town which sits right on an awe-inspiring lake and in the shadow of an active volcano. This town is known as Chile’s adventure capital because its location is perfect for many extreme activities like skiing and kayaking 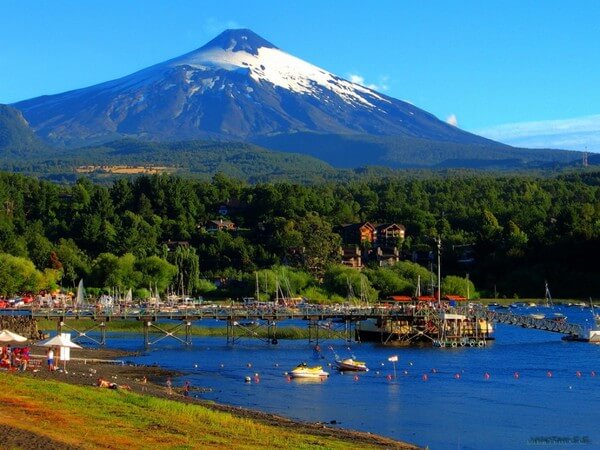 This tranquility of a town is so peaceful there are no cars allowed in the town, the only way to get to this place is by boat of charter flight, the island sits on three beautiful jungle-topped hills at a point where the Canal de Tapetoa meets a crystal blue Atlantic. In the past, the island was a cove for pirates 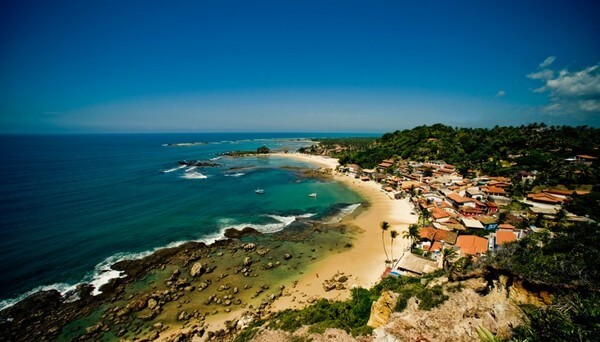 This beautiful place is a preserved medieval village in Northern Spain, notice the rock paintings in the cliff foot caves of the Albarracin Cultural Park that are some of the most important evidence of the Levantine prehistoric are in Spain 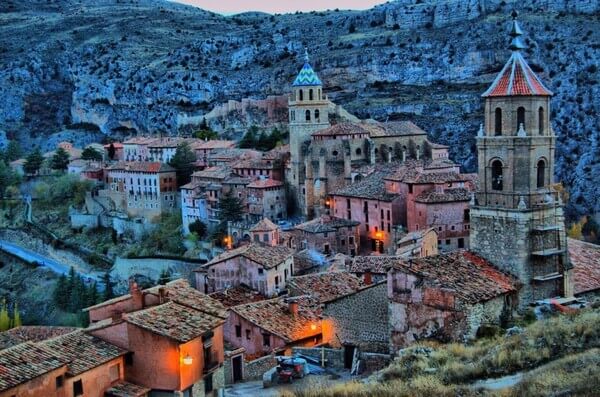 Known for its blue buildings painted with soothing hues, this town is also a short walk away from the amazing Rif mountains and the Casades d’Akchour 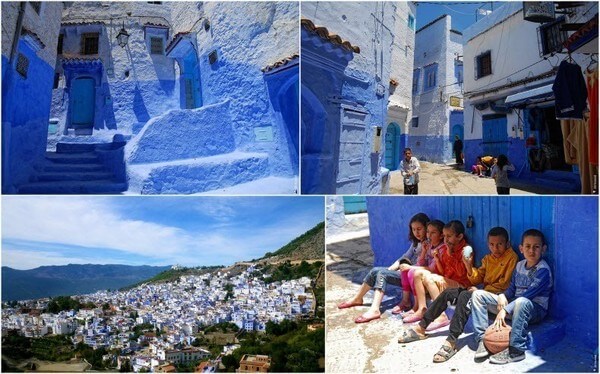 The colorful houses sit just on top of a mammoth plateau at nearly 4,000 feet above sea level. There are only local inns to stay and the resident pride themselves on resisting modern hotels 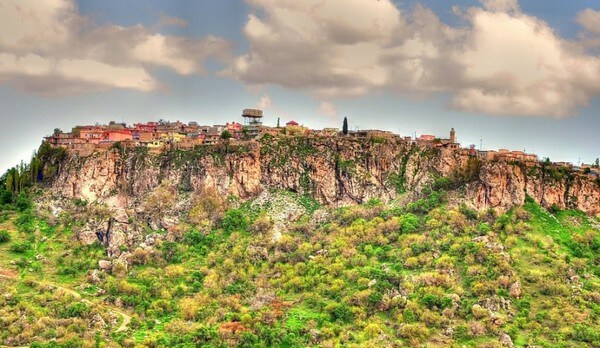 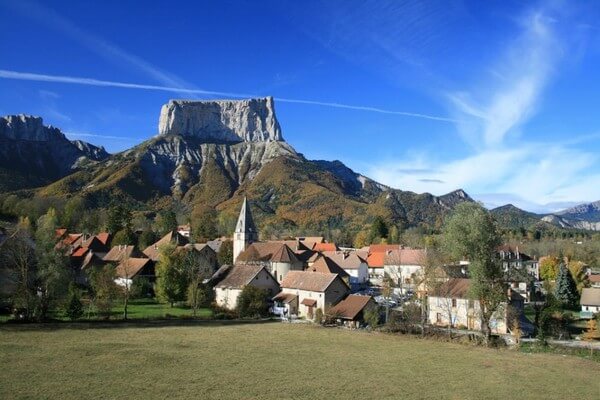 Brac is home of the highest quality stones in Europe and that is the reason this town was founded, both the alter to the Roman God Jupiter and the more modern architecture are a briliant works of art. 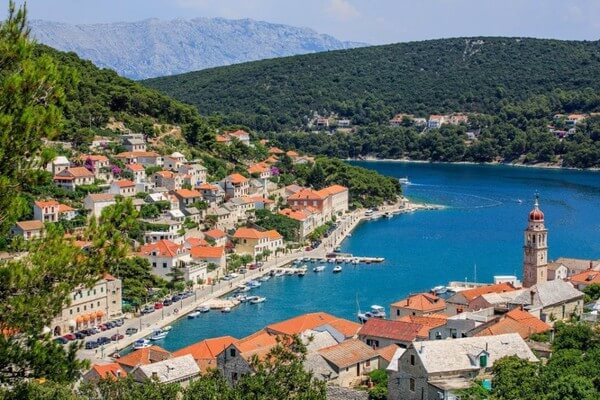 This town was previously inhabited by Natve Americans and was first colonised by the British in the 1770s. During the revolution the town served as a rendezvous point for the Americans. In now days the population of only 5,000 people and a beautiful setting of the town menas that turists outnumber the locals two to one durring the summer 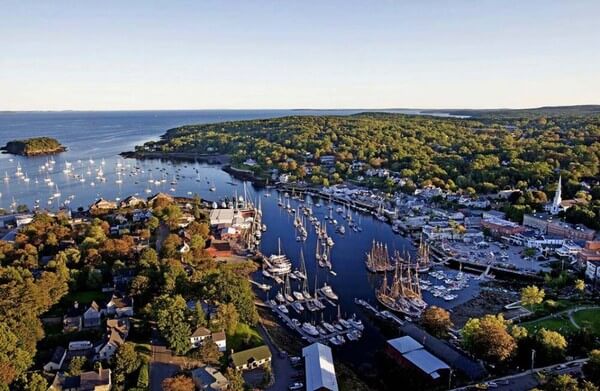 This is a unique place, the large island in the South Coast of Iceland is sitting on the highly volcanic mountain that is active and in 1973 the entire population was evacuted when an eruption destryoed parts of the town, the island is also notible for the immense biodiversity that can be found in the area 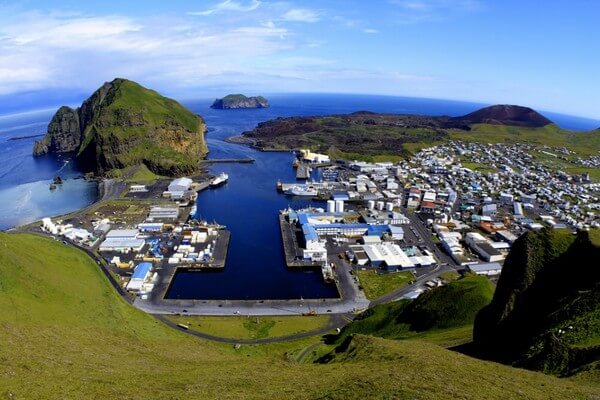 Located in New South Wales , this town has about 5,000 people and it got its name from the famous British sea captain James Cook in honor of Royal Navy officer John Byron for his ability to navigate the rough seas that the area is known for 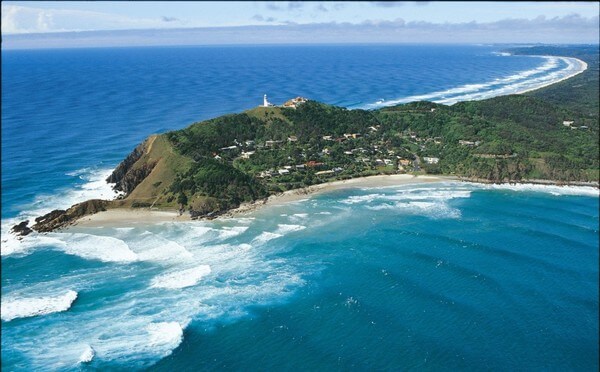 Only 7,000 residents and over 40 beaches, this place is close to paradise. Settlement of the area dates back to the 1200s 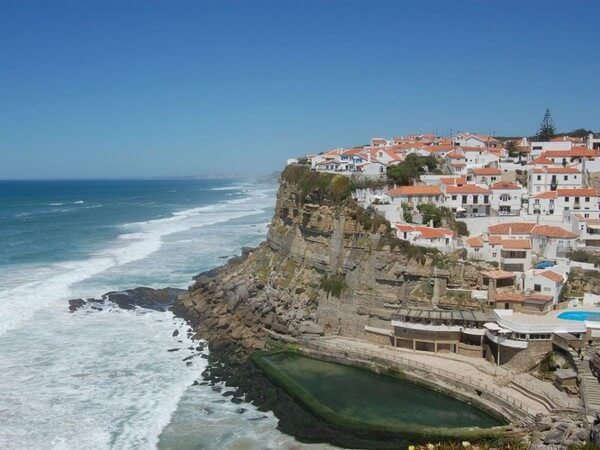 Eze is a collection of villages with a population of less than 3,000, the villages are situated along the exotic French Riviera and on top of a hill which offers breathtaking views. 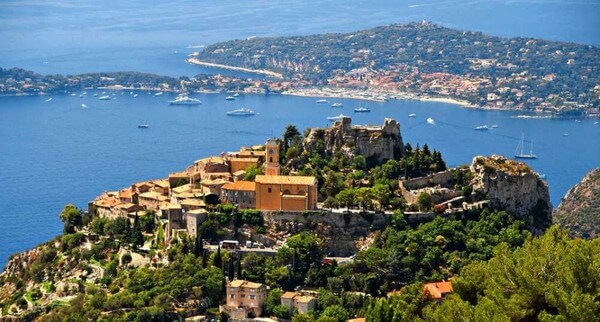 Tenby is ” Little fortress of the fish ” in Welsh, the town is an access point to the Irish Sea and Atlantic Ocean and was setteled as far back as 900 AD, today the town is known more for its bauty than defenses 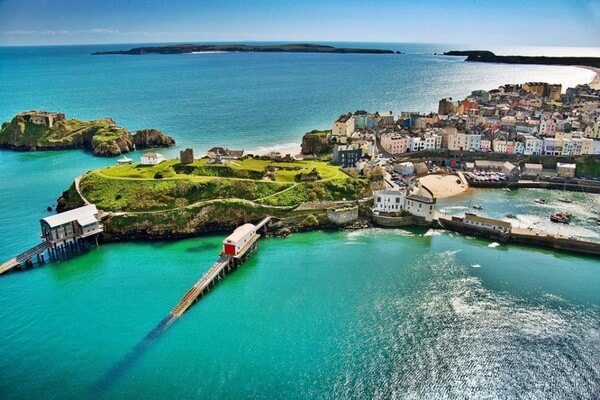