27 Scenes From The Office That Got Way Too Real

Feels. This is what you get when you watch the popular show The Office, with it’s obscure humor and sometimes just childish jokes, somehow the show gets you, when you least expect it they bring in the feels train and suddenly you are crying like a little school girl with no idea why.

This is why the show became so popular in my opinion, they just have the perfect balance between humor and emotional, the only other show I saw that managed to perfectly make the two work was Scrubs, and I’m sure you will agree here. Below enjoy these 27 scenes from The Office that got way too real, way too quickly.

1. When Michael first realized Erin saw him as a father figure 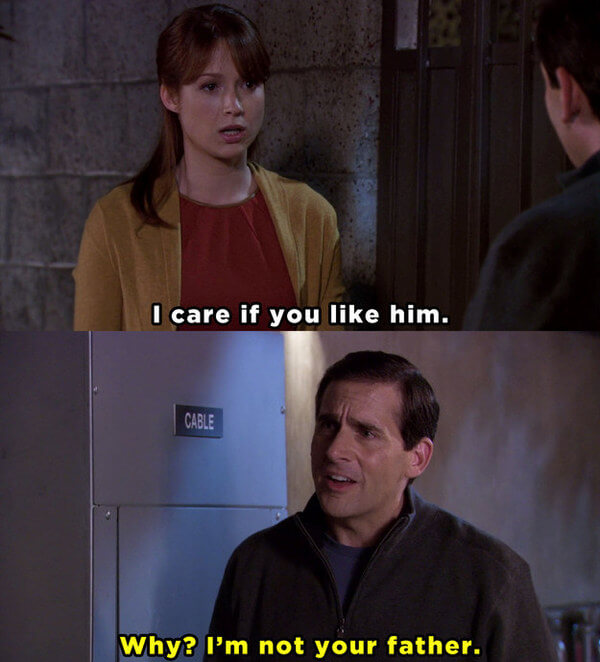 2. When Jim finally said to Pam he loves her – only to be rejected

3. When Jim and Dwight felt the same way and shared a moment 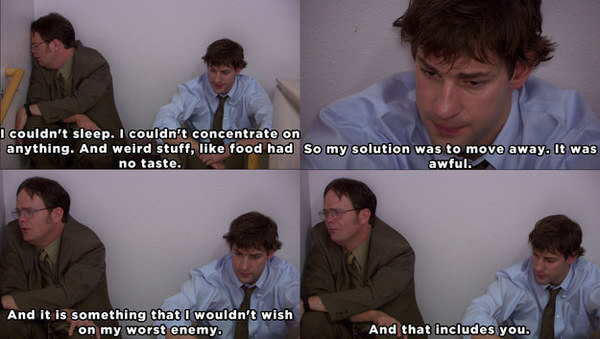 4. That time when Michael convinced Jim never ever to give up on love 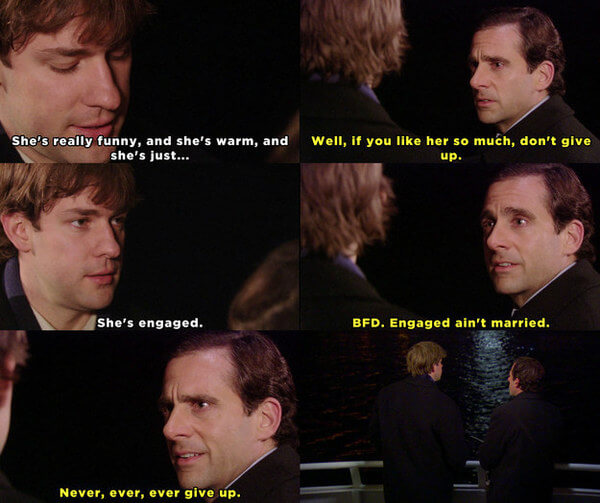 5. When Michael perfectly proposed to Holly

6. When everyone saw Michael’s lonely childhood 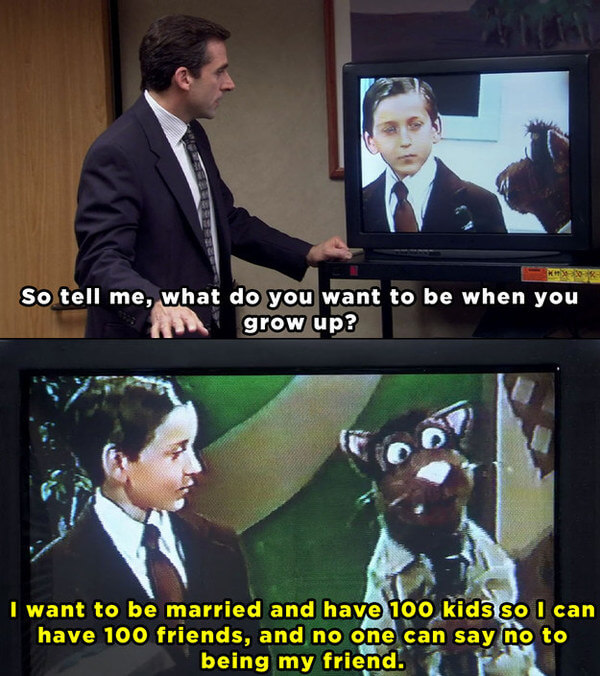 7. And then Michael realized his life didn’t turned out like he wanted 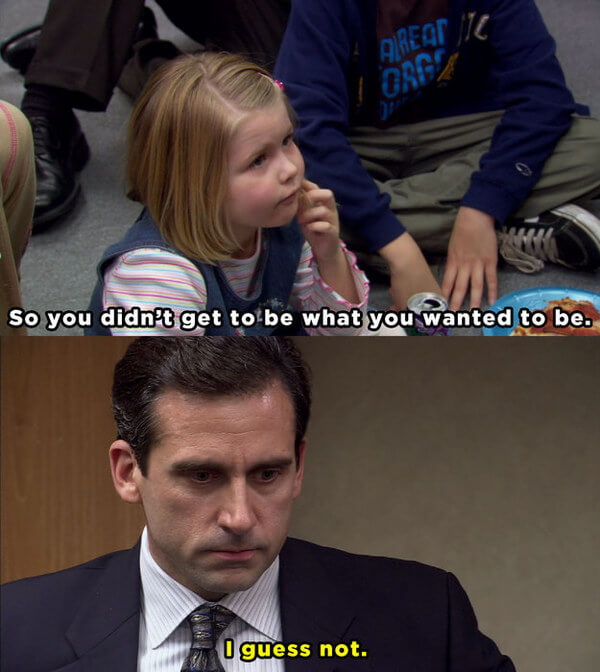 8. When Dwight tried his hardest to convince Angela to settle down with him

9. When Jim and Pam admitted they had some problems 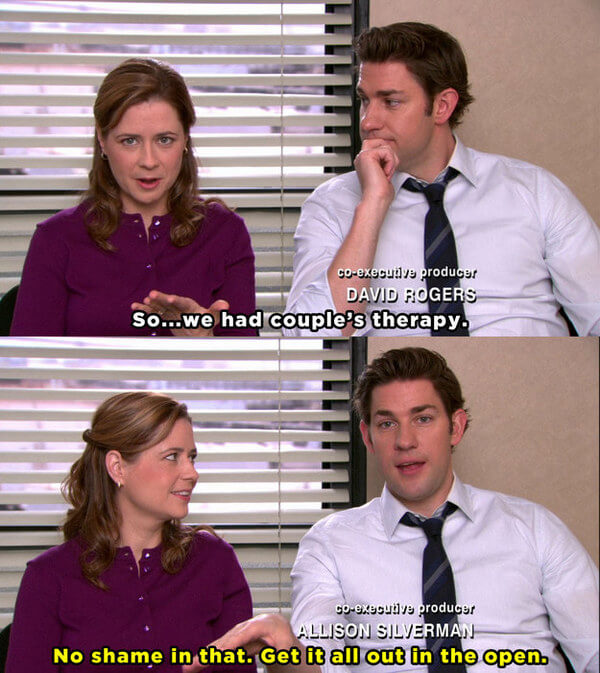 10. When Jim suddenly realized his wedding will take years to happen

11. And then when he cuts his tie to cheer Pam up

12. When Pam realized her childhood dream of owning a house with a terrace and being an artist were impractical

14. When Kevin got everyone’s parking spots back 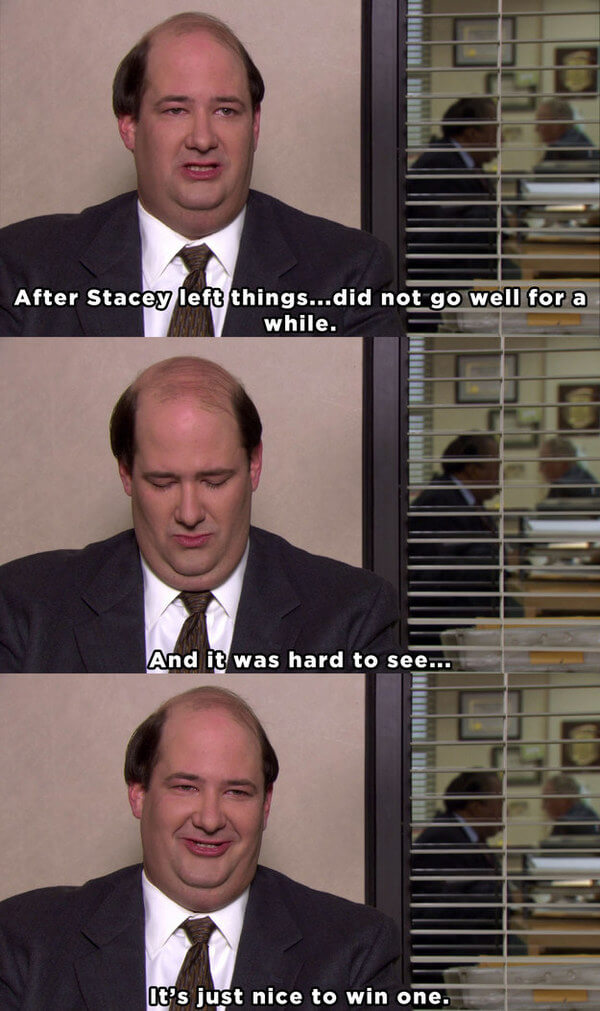 15. When Phyllis urged Dwight to stop pinning over Angela

16. When Michael showed up to Dwight’s wedding

17. When Andy wished for his father’s approval only to meet disappointment 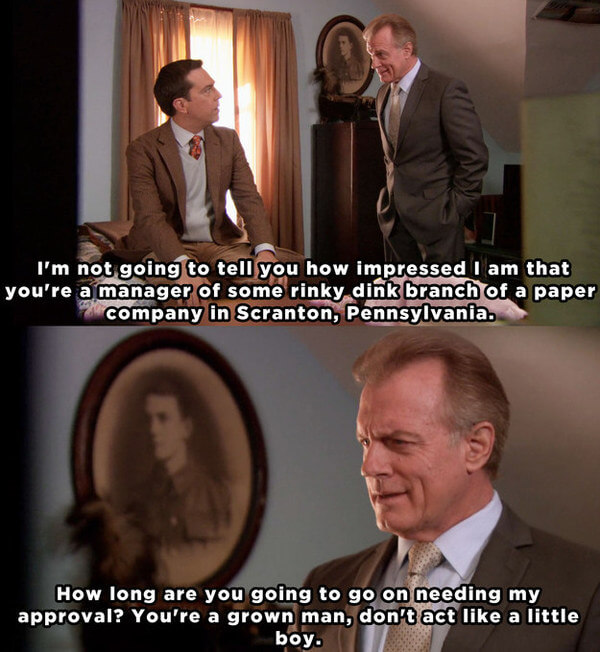 18. When the whole office teamed up to perform a goodbye song for Michael

19. When Erin was reunited with her birth parents

21. When Dwight got side blinded and choked up while reading Michael’s recommendation letter 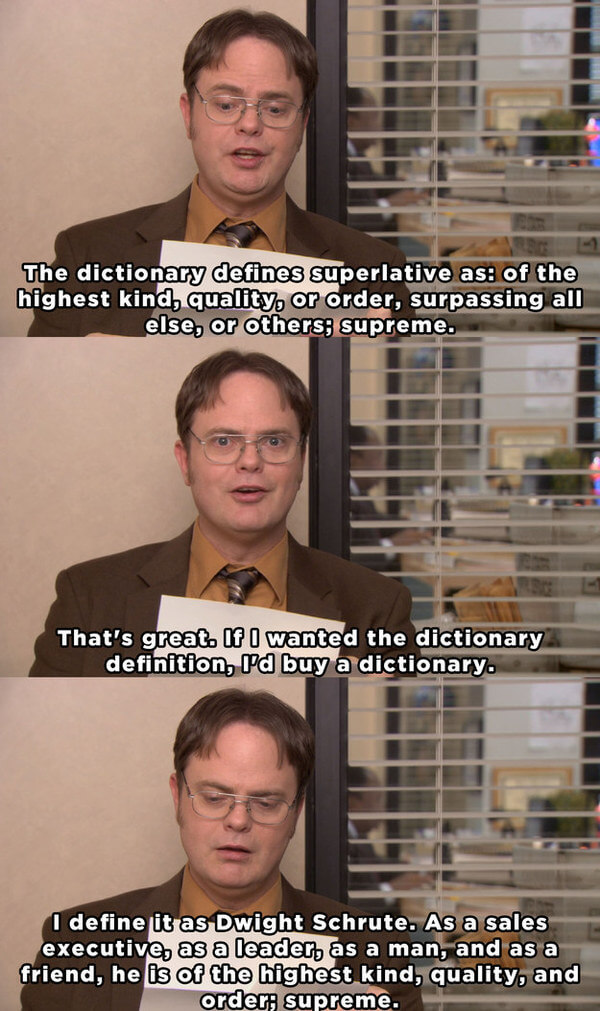 22. When Tobi thought about how he is doomed to be forever alone

24. When Michael perfectly described whats it like being single

25. That time Michael showed up to Pam’s art show 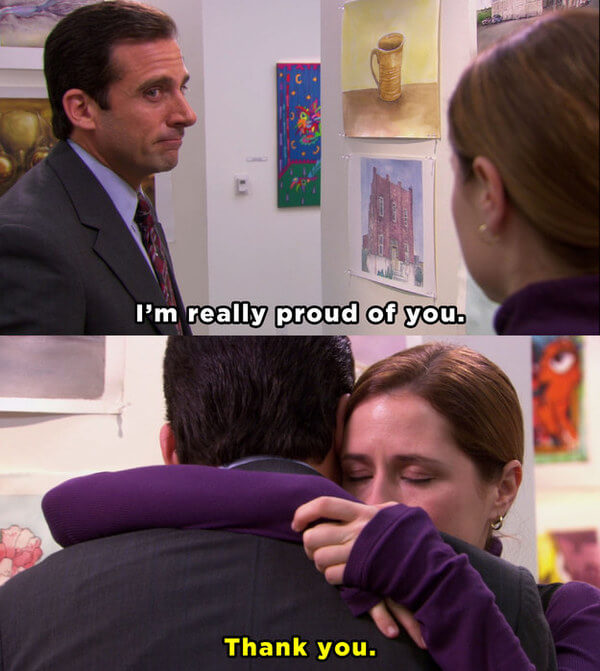 26. And then Pam showed up to say goodbye to Michael

27. And finally when Jim and Michael sad their final words

Stop Everything Else And Read These Cringe Worthy Comics

There Are Two Kinds Of People In The World, Which One Are You?

There Are Two Kinds Of People In The World, Which One Are You?