Home / Life / This is Misereor Social Swipe or How to Donate 2 Euros in a Clever And Interactive Way! 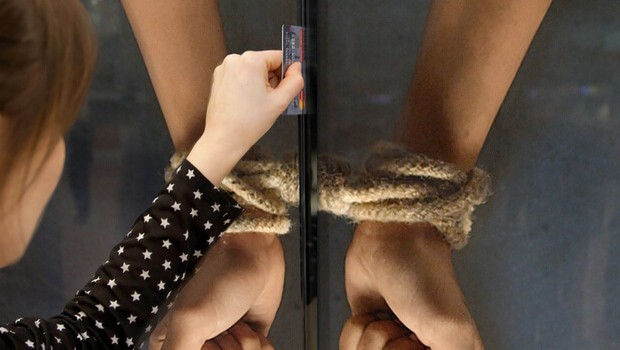 Feed Them! Free Them! You can do that with just 2 Euros. Did you know it? This incredible guerrilla marketing campaign will convince you, too, to donate 2 euros to break the bondage of a man or to slice a piece of bread to feed the poor. It is all so easy and tempting, it almost makes you feel like a hero. Just by a slice of your credit card, you can cut the ties that hold a man imprisoned or you can cut a slice of bread to feed the ones in need.

This is the work of Misereor, an organization that fights against poverty and injustice and they do it with the use of their imagination. Their research found that more than 40% of payments are made via credit cards in Europe and decided to create an interactive billboard that will make people donate with their credit card. 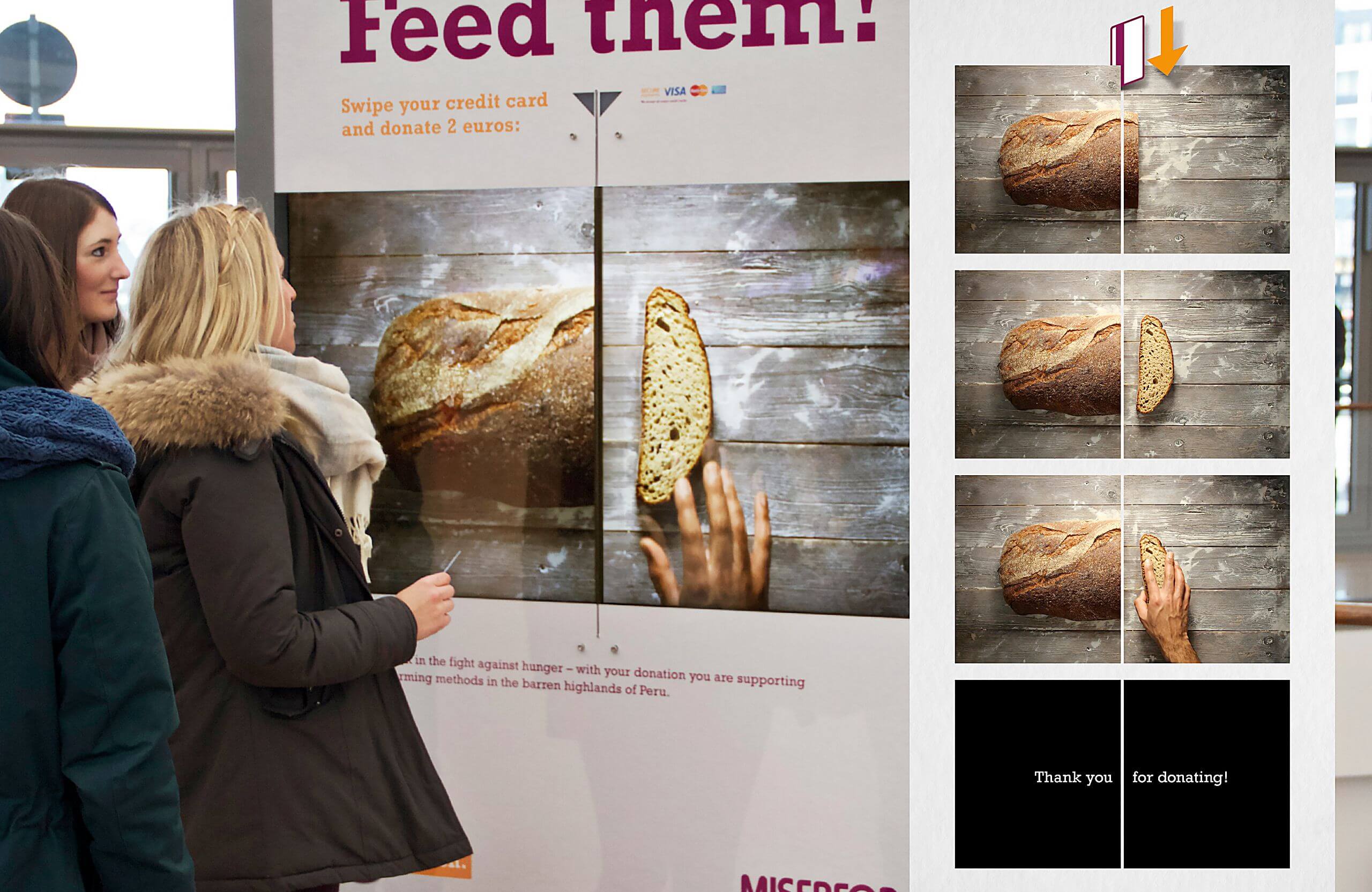 The billboard is, indeed, very powerful, as it makes you feel a little bit like a hero with just a tiny bit of effort. Because it doesn’t take too much effort to help if we all do it together. As you can see in the pictures below, Misereor put up a digital poster with a split in the middle where people can swipe their credit card and donate 2 Euros. Swiping the card through that split activates a video sequence that shows, in a very powerful way, how you actually helped a person.

It is, indeed, a little bit difficult giving money to a charity without actually realising what you are giving money for, but this interactive billboard shows you in such a simple, but very powerful way. After you’ve made the donation, you will receive a credit card statement with a message that also encourages you to turn this 2 Euros donation into a monthly donation. This way, you can be a little hero each month. How awesome is that?

Here’s how it works, a person enters his credit card in the slide… 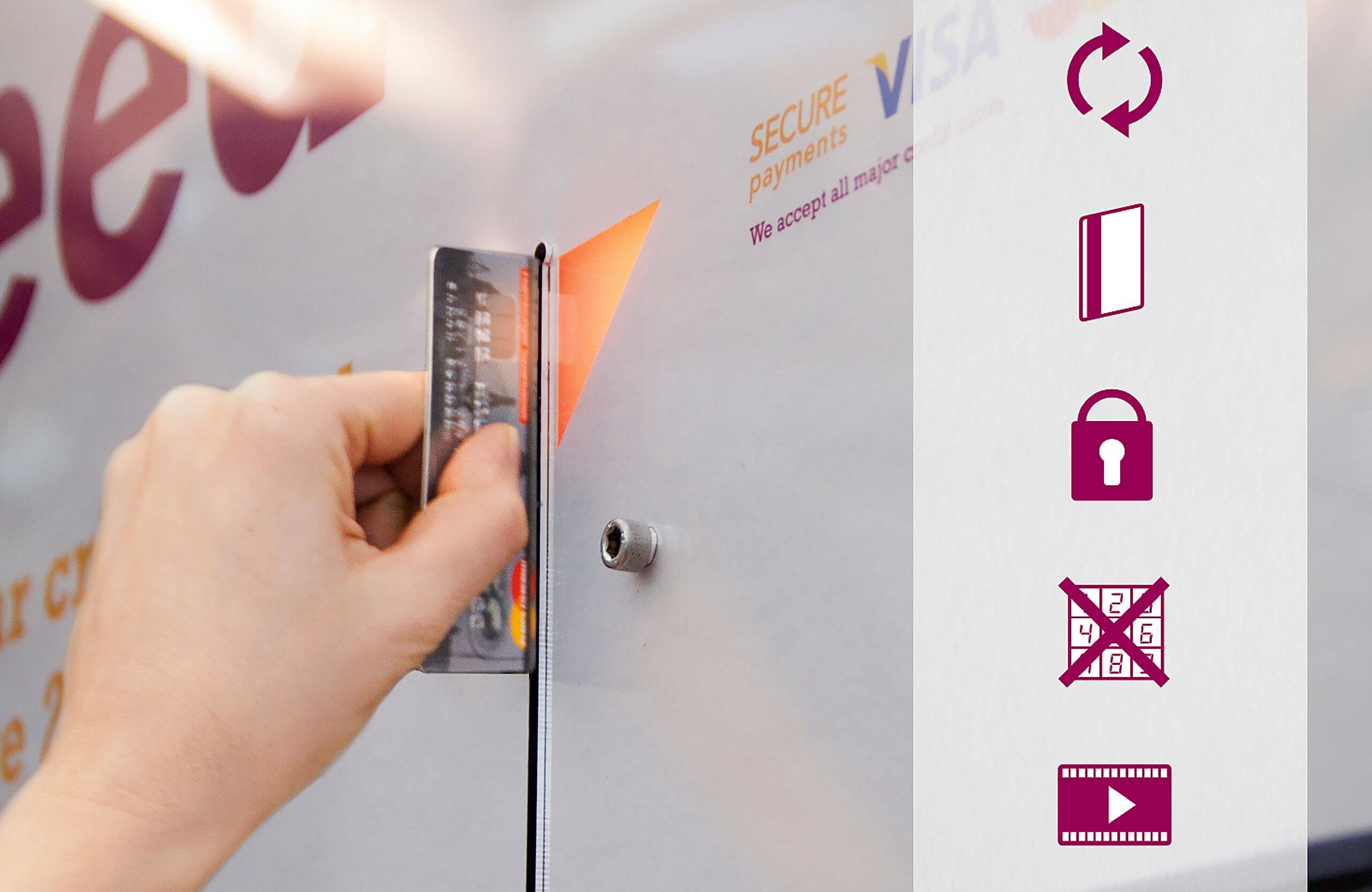 Once he slides it down to make the payment… 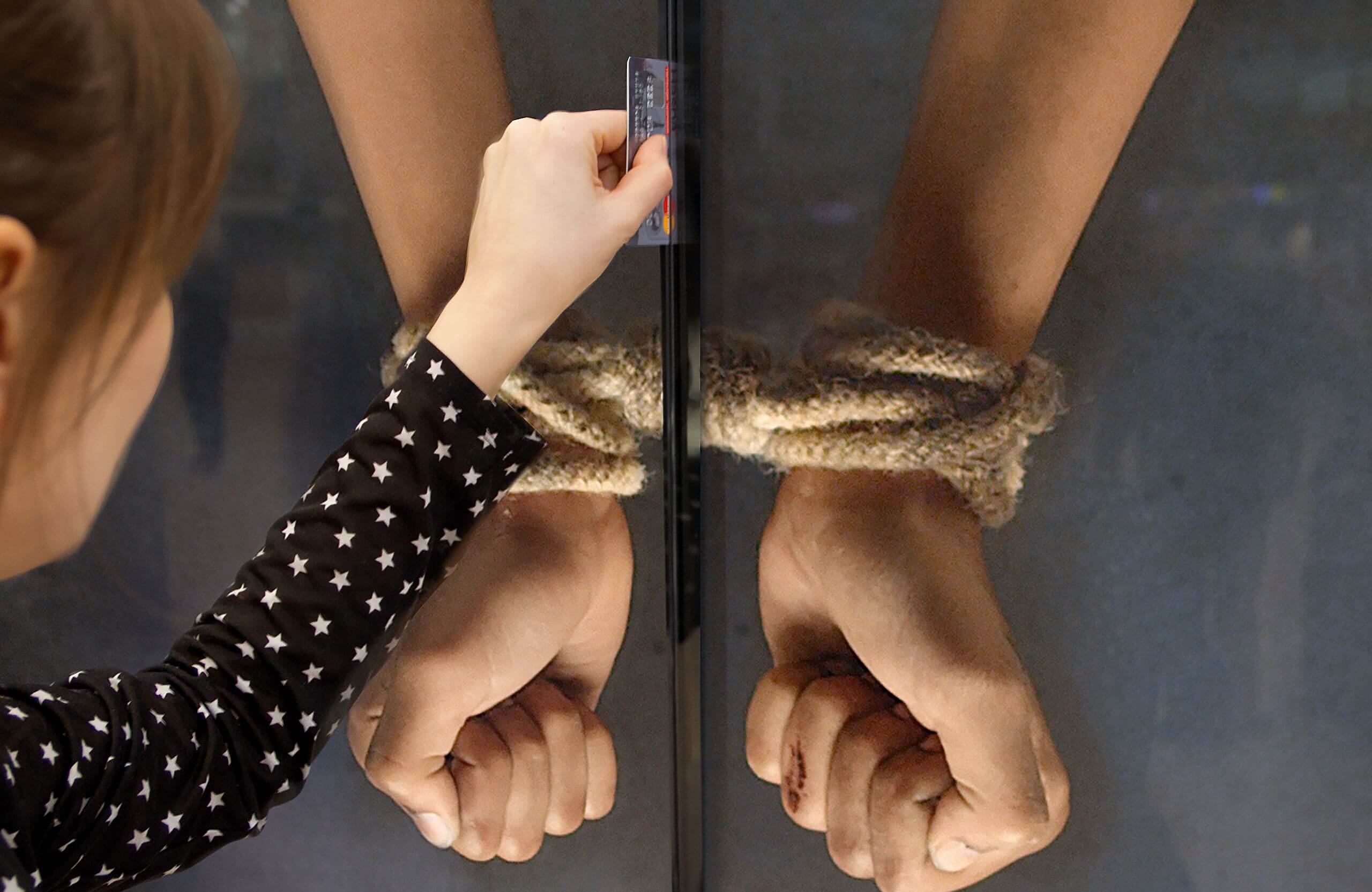 And interactive video plays, either cutting the rope of a prisoner or slicing a piece of bread to feed the poor. 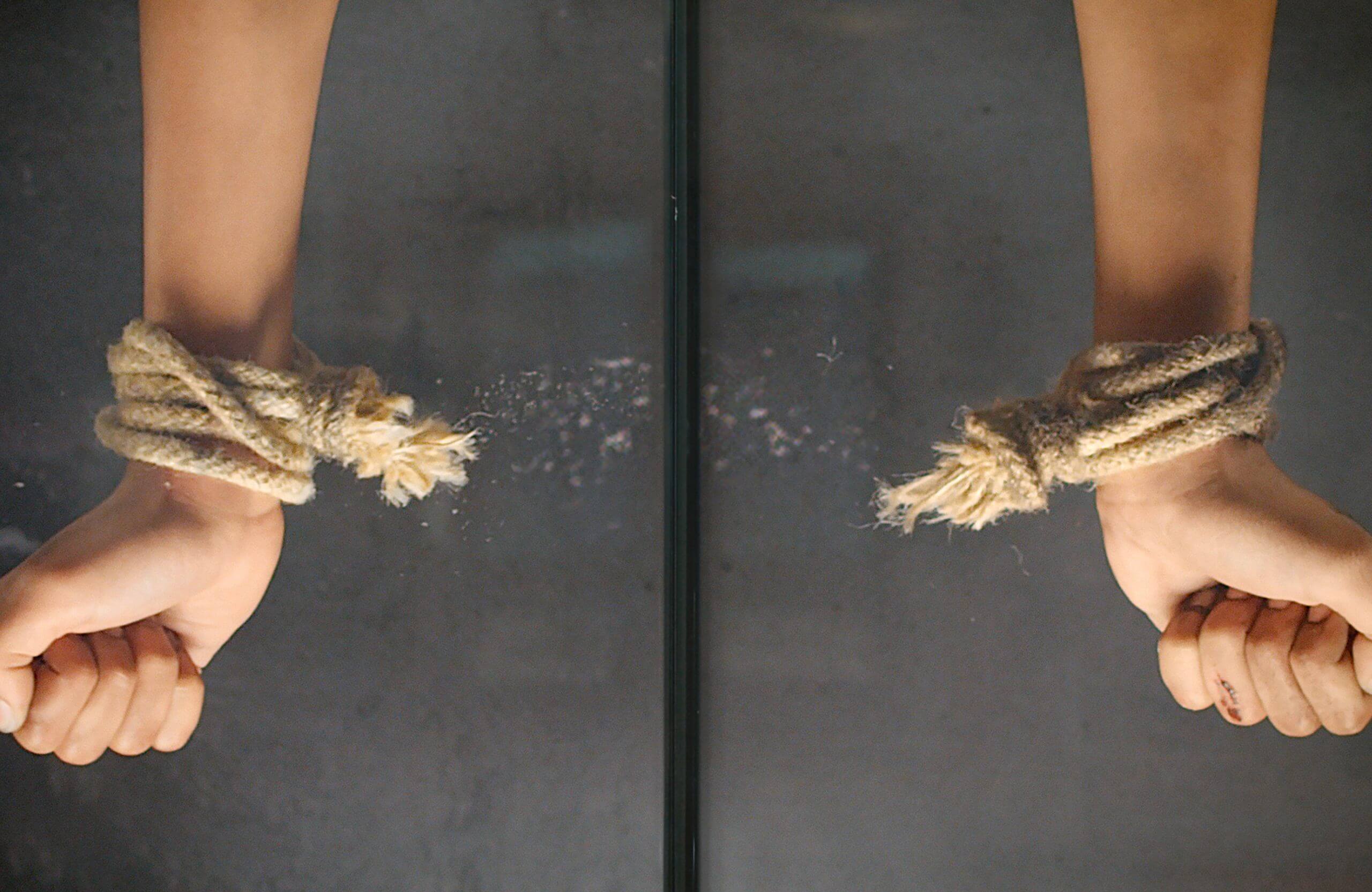 After the donation is made, the person will get a statement for his donation and encouraged him to make it a monthly 2 Euro recurring payment. 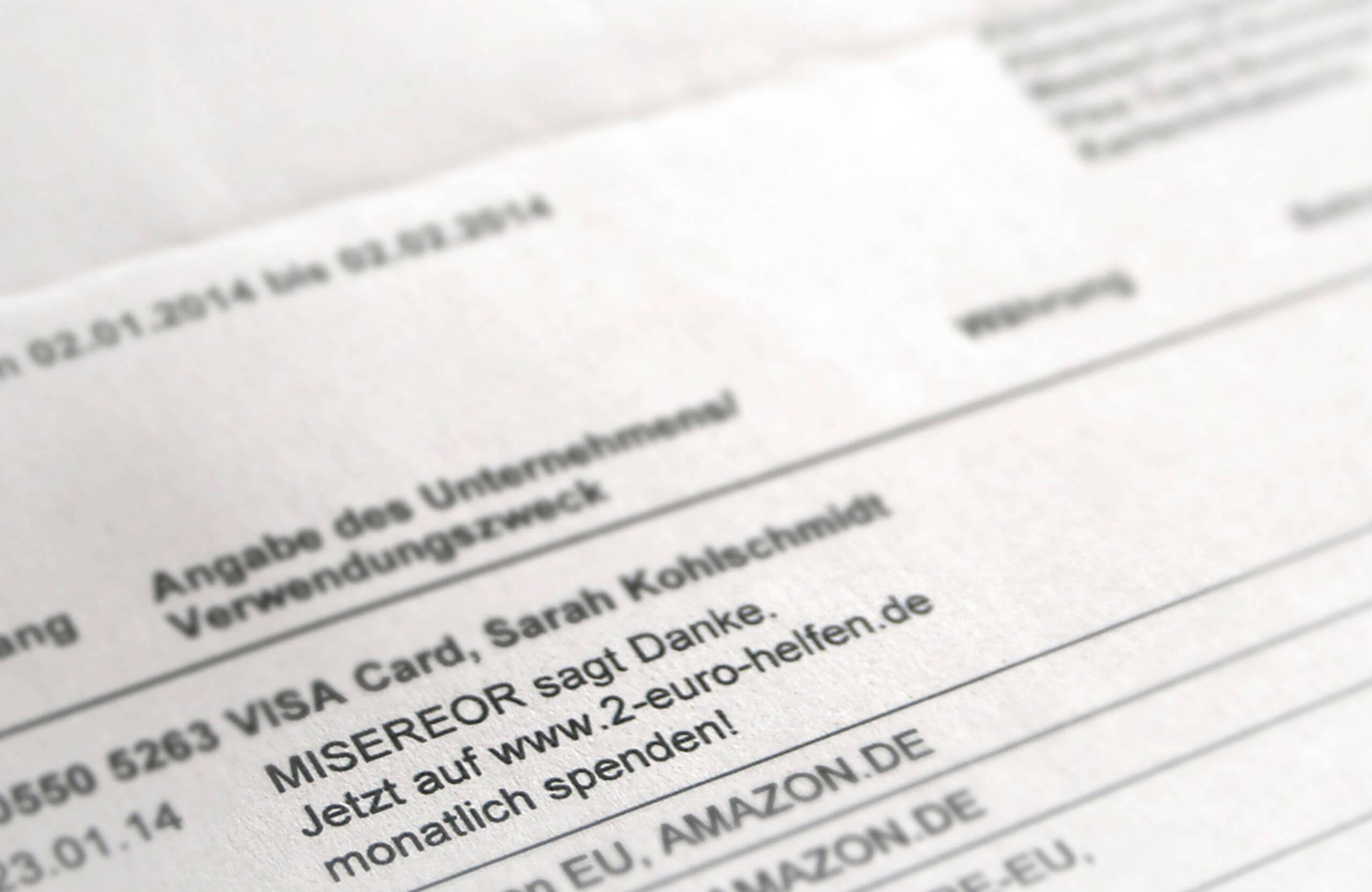 The billboard works because people get to see and feel like a hero once they swipe, it’s instant gratification psychology aimed at something good 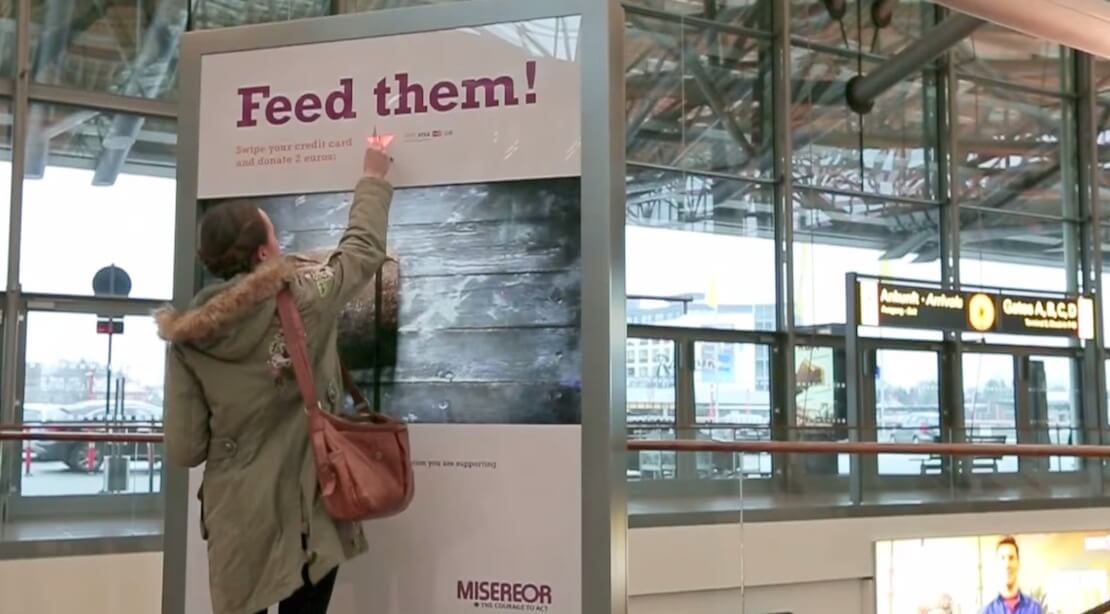 And it seems to be working great, the billboards have raised huge awareness and money 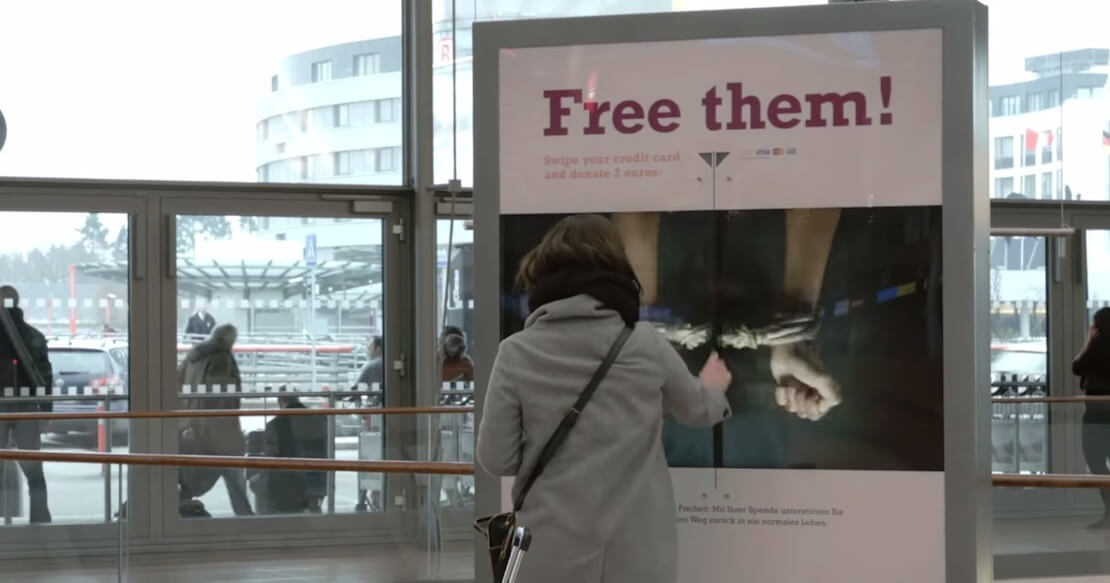 So easy even a toddler can do it 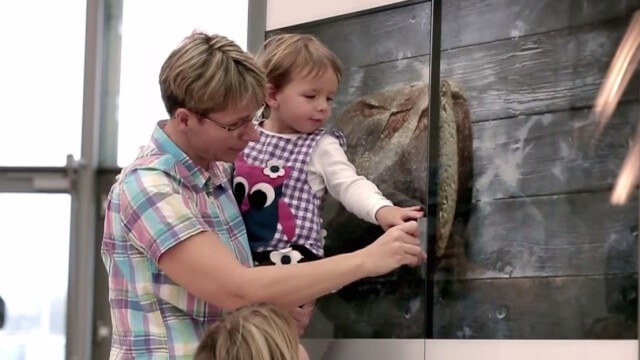