Home / Entertainment / The Top 10 Drinking Games Of All Time

The Top 10 Drinking Games Of All Time

These games should be played at every party

Play with at least 3 people , flip a coin and while its in the air call it ! ( heads or tails ) if you get it right , pass it to the person to your right , if your were wrong , pass it to the person to your left and either take one article of clothing off or drink a shot . the fun part is that you cant do the same thing twice in a row ( sip or strip ) 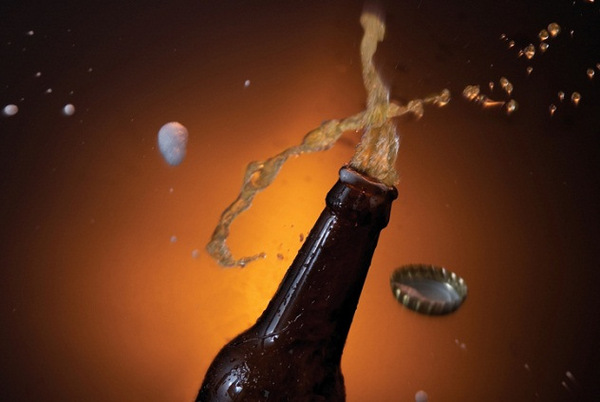 This game can be played by any number of players , everyone sit around a table ( wood is preferable ) then spin the quarter to decide who starts the game . use the washington nose or the eagle’s beak to see where it’s pointing . who ever get to start needs to bounce the quarter off the table and into the glass , if he makes it , shooter can than decide someone of the players to consume the drink. the size of the drink should be decided before starting the game . when the shooter misses his shot the turn is over and the quarter is passed to the next player . to make it more interesting the rules can develop when the same shooter makes the shot three times in row , if any of the rules are broken , all guilty players must drink 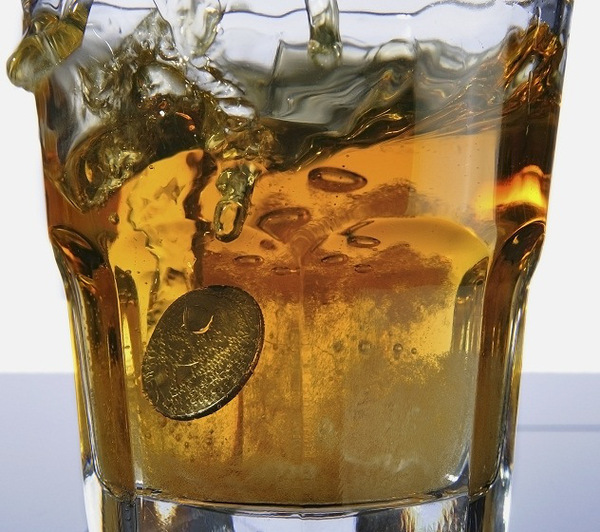 This game is just awesome ! All you need is a deck of cards and scatter them in a pile in the middle of the table . one player goes at a time picking one card . they flip it over displaying it to everyone and each card has a different rule  as follows : Ace – take one drink . 2 – drink two . 3 – three drinks . 4 – questions , you look at a person in the eye and ask a question , that person must answer you with another question and it goes on like that until someone fails , here is an example ” what is going on ? why do you touch yourself ? etc… you can also ask other people at the table questions and they must answer. make sure to make eye contact though .5 – give five drinks . 6 – i never , the player who flipped this card says something they have never done and who ever did must drink . 7 – thumbmaster , when ever the player who picked that card wants , he can place his thumb on the table and the last player to notice and put his down has to drink. the thumbmaster can do this as many times as he pleased until the next 7 card is picked . 8 – categories , the first person gives a topic and a category , everyone must give a kind , example , “toothpaste – crest , colgate , mentadent etc.. ” 9 – Rhyme , everyone must give a word that rhymes with yours , for example ” shoe , glue , you etc.. ” 10 – social , every one drinks . Jack – assholes drink , all the guys drink . Queen – bitches drink , all the girls drink . king – waterfall , this is a hard one , the one picked up the card drinks as much beer as he can without stopping and the 2nd person must keep drinking until the first one stopped , the 3rd player cant stop until the 2nd has stopped ans so on . 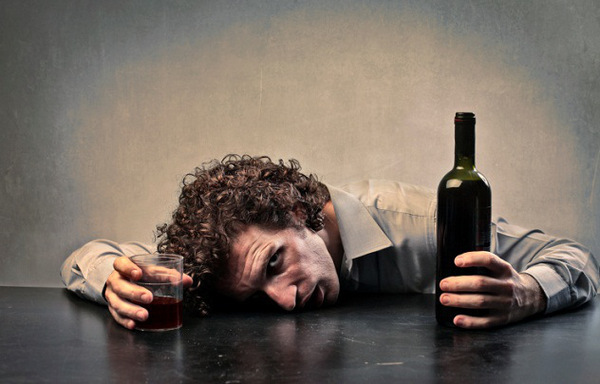 The goal of the game is to get rid of all the cards in your hand , deal out all the cards and the person to the left of the dealer starts . when starting you can lay down any card or cards with the same face value . the player following you must lay down an equal card or grater, they also have to lay down the same amount of cards as you did, if you lay 2 cards of nine , the person after you must put down 2 cards of nine or grater . if the player following you lay down the same card as you than the next player is skipped and must drink . also if you cant play any card then you must drink and lose your turn , cards are cleared of the table if everyone skipped or a number 2 card show. play like so until all the cards have been played , after the first hand is over the fun really begins ,there is a ranking system as follows : President , Vice president , Secretary , Asshole . whoever is the asshole must always deal and clear the cards . also when starting the next hand the asshole must give his 2 best cards to the President . the President gives the 2 worst cards to the asshole . if the president remains for three consecutive rounds they can create special rules such as the word ” drink ”  cant be used . if the rule is broken , player must drink 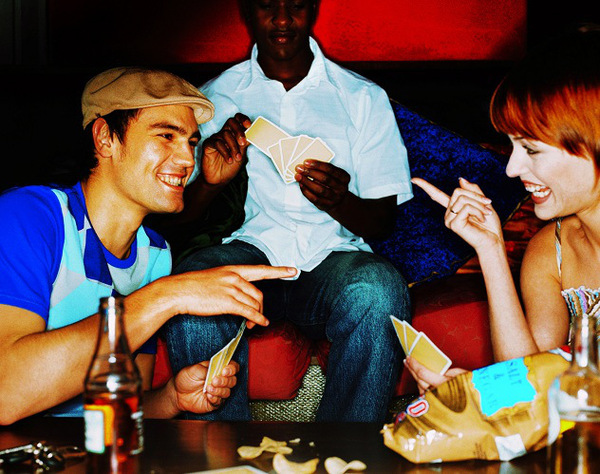 The point of this game is to make someone drink a lot of beer , fast . all you need is 2 bottles of 40’s of beer and duct tape . you  tape one bottle of 40 to each of your hands and you cant take them off until both of the 40’s are empty , even if you need to pee or answer your cell phone you cant do anything until you finish the beer. 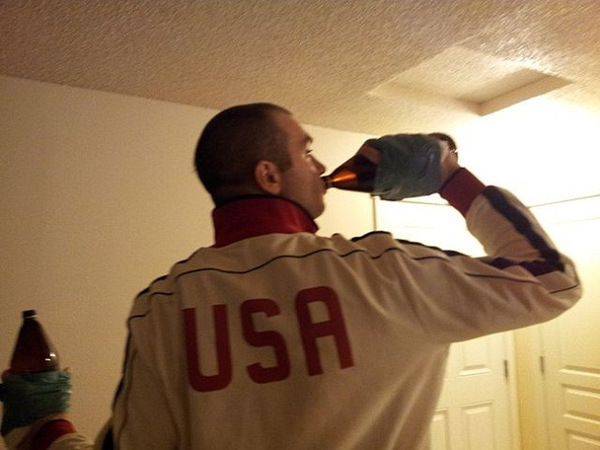 This game is basically for alcoholics , there are no rules ,all you need to do is take a shot of beer every minute for an entire hour , sounds easy right ? believe us , its not that simple . if you want to try out for the Century club . try taking a shot every minute for 100 minutes .you can also add rules of your own , like if you have to go to the bathroom before the time is over then you must drink a full beer . 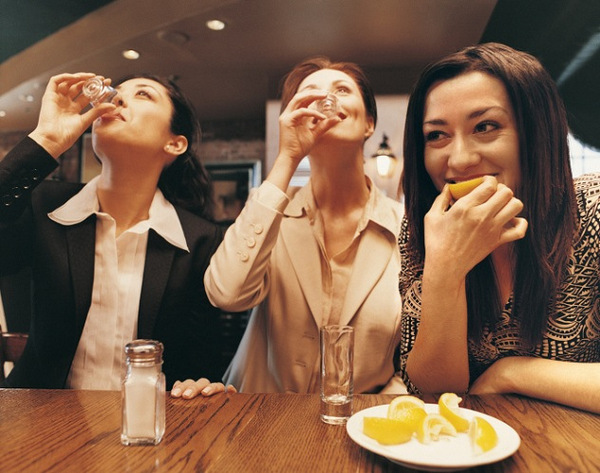 This game is similar to the Fubar game . there are a couple of different rules though ,  Ace – social , everyone drinks . 2-6 black – take the card’s value in drinks , 2-6 red – give the card’s value in drinks . 7 is waterfall , you know what it is by now .8 thumbmaster , remember ? good ? 9 – rhyme , everybody rhymes . 10 – category . Jack – guys drink , Queen – girls drink . King – the first who draws the kind pour his drink in a large cup , the second and third do the same . who ever draws the fourth king ends the game but the fate of this player is worse than death ! that player must drink the large cup ! 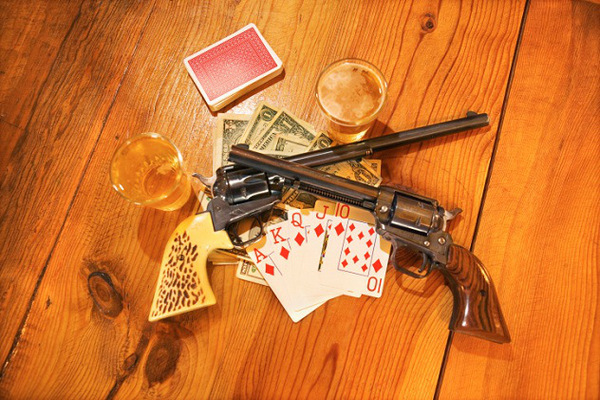 Play with red plastic party cups , divide players into teams of 4 or 5 each with a half cup of beer or 2 shots of hard liquor , the game is a race where each person must drink his cup and flip the cup from the edge of the table with three fingers to the upside-down position before the next player can begin , first team to finish wins . 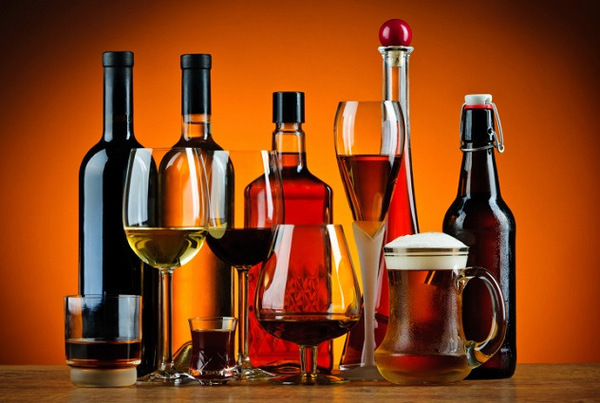 All you need to play this game is 2 dices , 2 shot glasses , a clock and 4 people . ohh and some beer . two people play this game head to head like a boxing match , each player gets a corner man and they sit at opposite sides of the table . both roll the dice , whoever rolled the lower number takes the punch and drink their shot . the corner man then filled the empty shot as quickly as possible and you roll again. its a very fast paste game and you play for 3 minutes rounds with 30 seconds rest in between , you should a limited number of rounds or someone will puke . 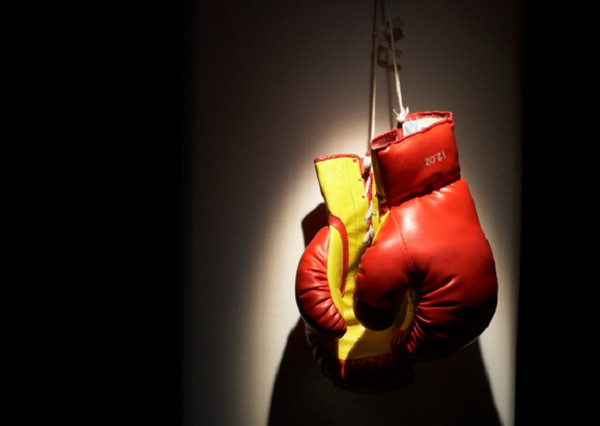 The famous drinking game . take 12 glasses of beer , place six of them in each side of the table like you would a bowling pins . divide players to two groups , sit opposite to each other with 6 beers in front of you . when you take your turn you must throw the ping pong to the opposite teams glasses . if you make it to one of the glasses the team must drink . after re arrange the cups again . the winning team is the one that manages to make the opposite team drink all the cups on the table. 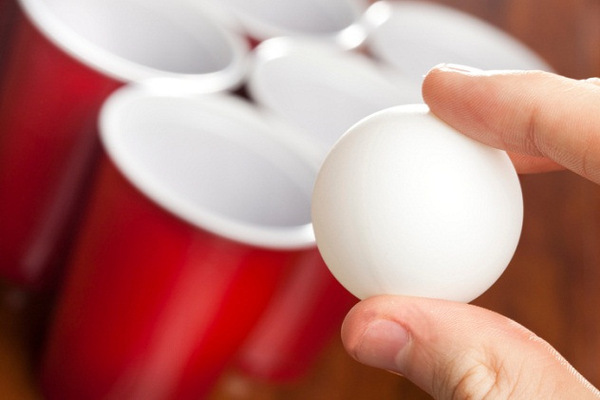