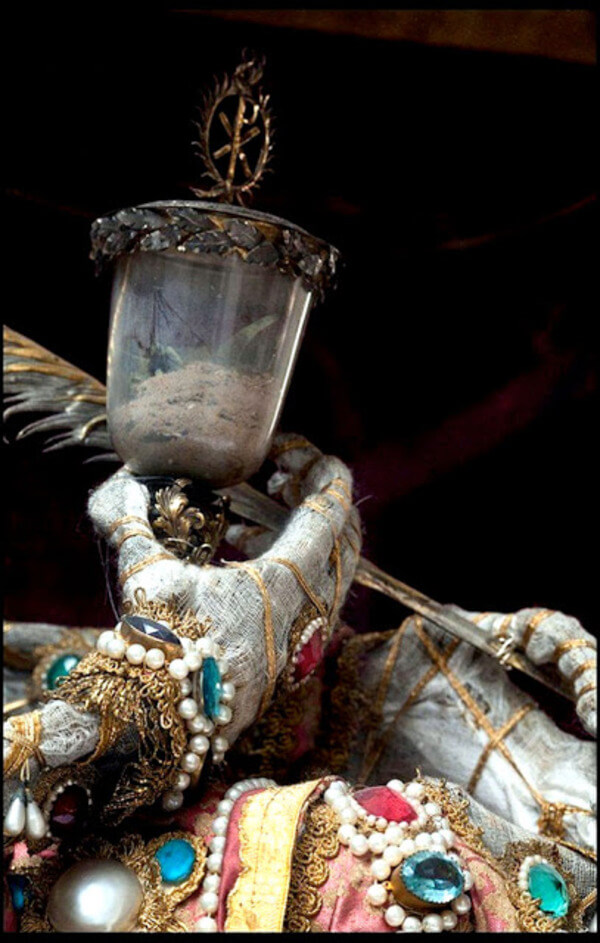 When a random man in a German village asked the Los Angeles art historian, author and photographer if he is interested in seeing a dilapidated old church in the forest with a skeleton standing there covered in jewels and holding a cup of blood in his left hand like he’s offering you a toast , he said the only logical answer – YES PLEASE! 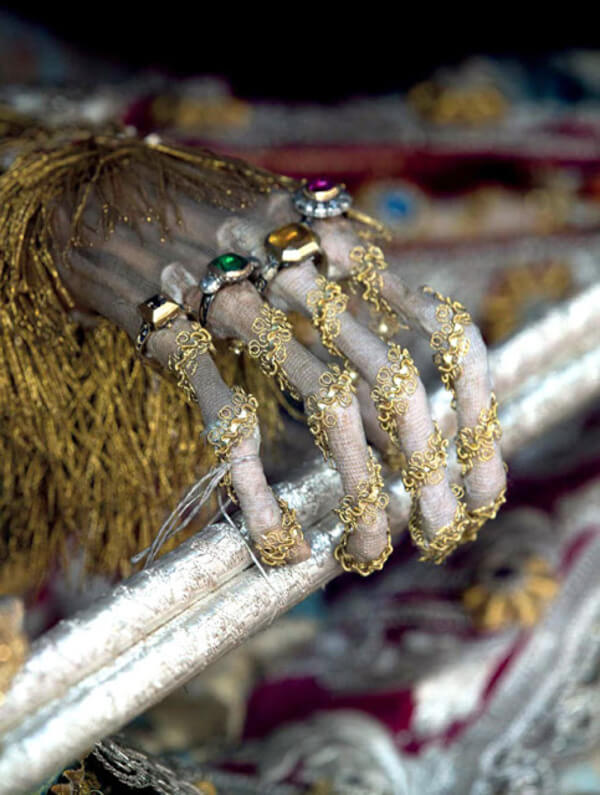 As you might of guessed by now, Paul Koudounaris is a man who truly loves capturing death and history. he has devoted his career to investigating and documenting phenomenas like the church ossuaries, charnel houses and bone-adorned shrines. Koudounaris has been working on his book ” The Empire Of Death ” where he traveled the world to photograph church ossuaries and the like. While he was working and taking photographs he was told about this skeleton by a random man and he was too curious to pass this on. ” It sounded like something from the Brothers Grimm. But i followed his directions half thinking this guy was crazy or lying, but sure enough, i found this jewelled skeleton in the woods ” 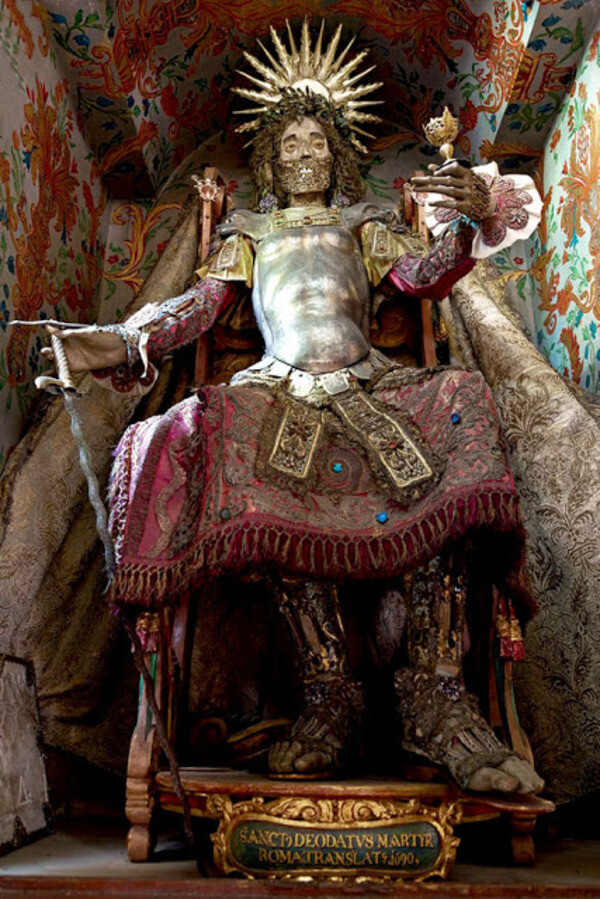 After admiring the skeleton and taking the photos he needed, he continued on his journey only to be blown away again! In another German church he visited some time later, he found two more skeletons ” It was then that I realised there’s  something much broader and more spectacular going on ” he began researching the subject to learn more about these glorified skeletons that are covered in jewels. The skeletons were  the ” catacomb saints ” that were once revered holy objects regarded by 16th and 17th century Catholics as local protectors and personifications of the glory of the afterlife. Who they were in life is impossible to know and that is exactly why the project appeal to Paul. ” The strange enigma that these skeletons could have been anyone, but they were pulled out of the ground and raised to the heights of glory” – check out his book 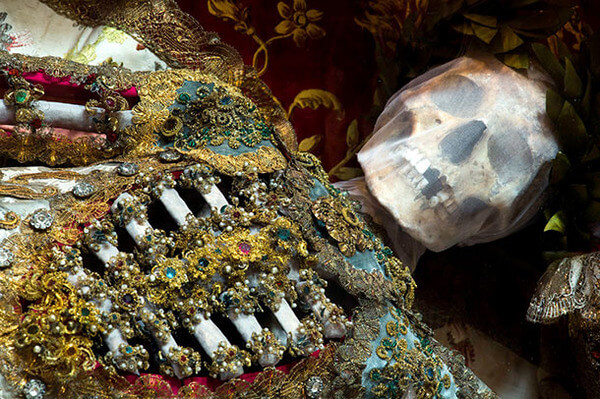 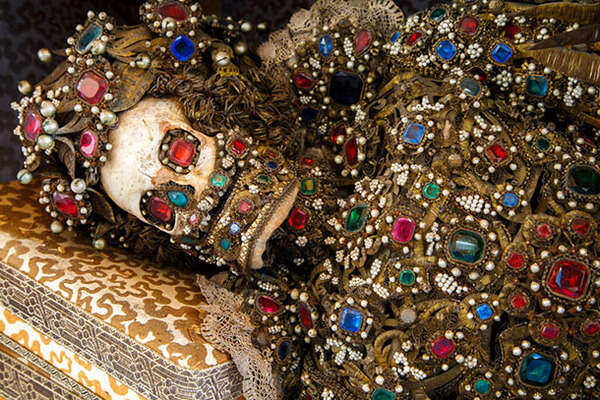 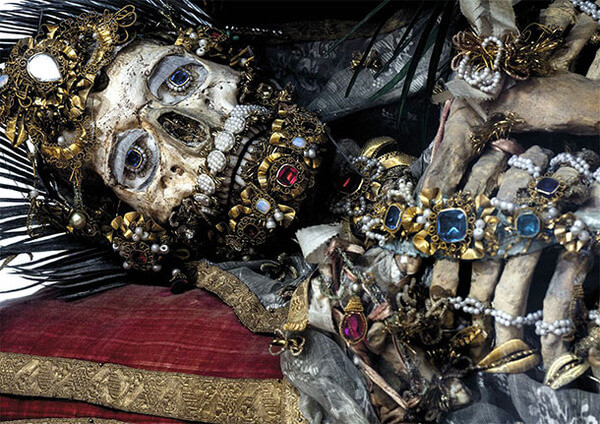 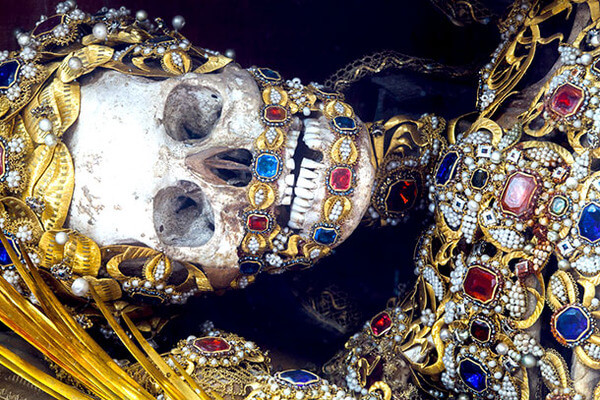 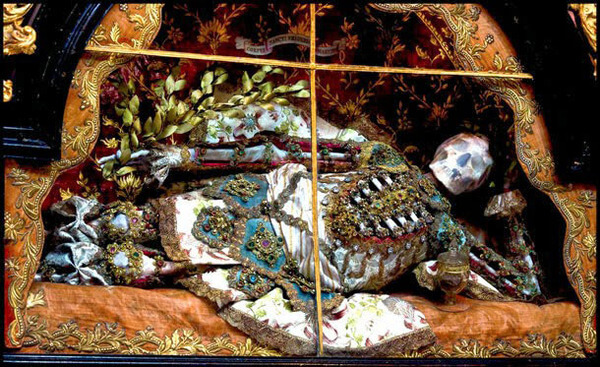 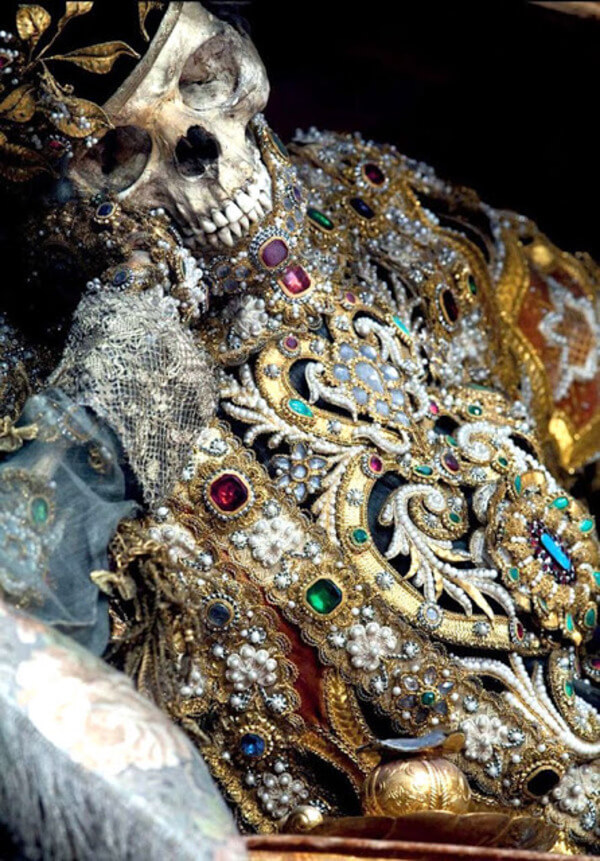 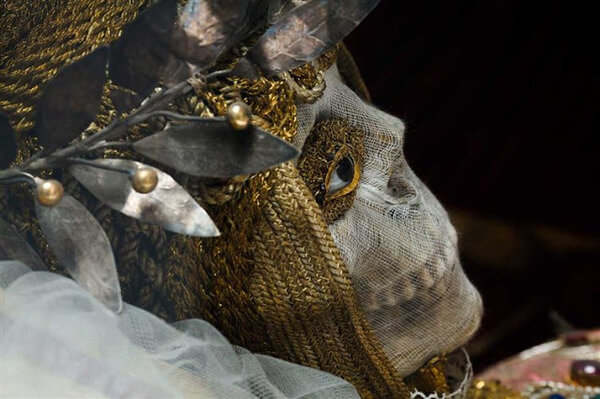 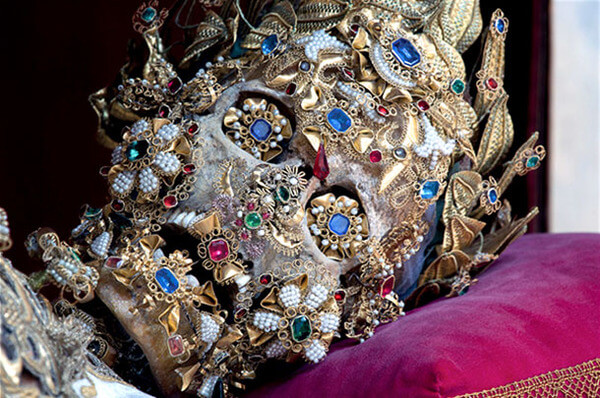 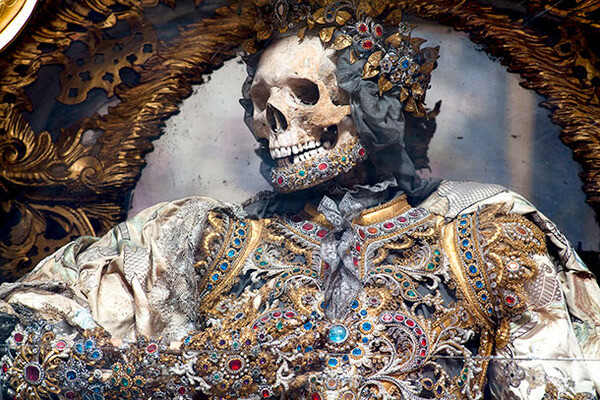 With Nothing But Makeup This Man Turns Himself Into Superheroes

With Nothing But Makeup This Man Turns Himself Into Superheroes