Impressive Chart Shows How Every Seinfeld Character Is Connected

The hardcore fans of the show that ended over 18 years ago must remember all the characters who have ever been associated with the show often referred to as “The show about nothing”. To honor the 18th anniversary of show’s ending, Pop Chart Labs compiled this “A Chart About Nothing: The Connected Characters of Seinfeld”, where they’ve collected the images of all characters that have appeared in the show and connected them with the main characters. If this seems goofy to you, you would be surprised with the number of people fascinated with the honoring, after all- Seinfeld is the evergreen of TV shows, right? 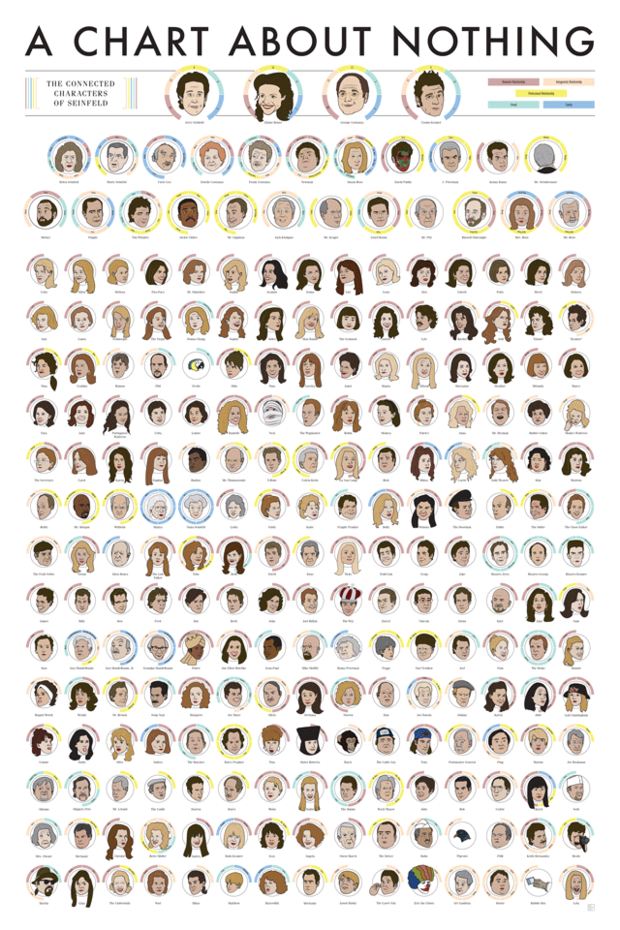 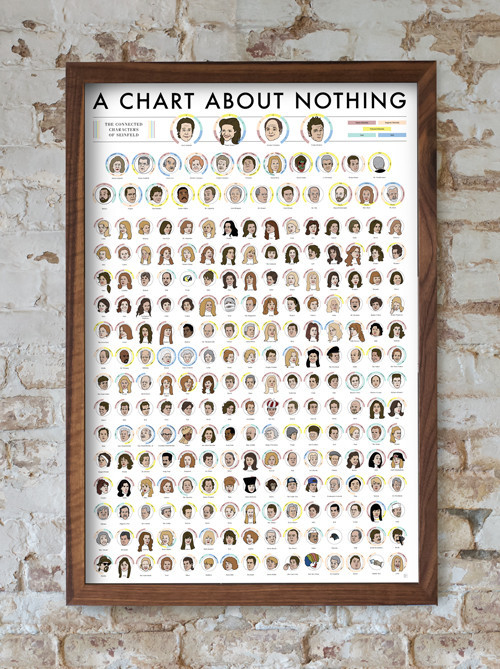