The world’s first railless and driverless train has been unveiled in Zhuzhou, central China. ART (autonomous rapid rail transit) runs on an electric battery and has an autonomy of 40 minutes on a single charge.

The term “train” is a little unsuitable for this electrical vehicle which needs no trails to find his way around town. How so? It is equipped with sensors that help it determine the size of roads and so plan its own route. The self-driving train is 30 meters in length and runs on rubber tires. It can move along fully autonomously at a speed of 70 Km/h and can carry up to 500 passengers offering, thus, new options for easing modern transport pressures.

As you can see from the pictures, it is a little  futuristic-looking and its green colouring suggests the train is eco-friendly, powered by electricity. The train is an initiative meant to help small and medium-sized cities have an efficient, clean and eco-friendly means of transport at lower costs. ART does not need rails, thus no need to lay down expensive transport systems of rails.  “It’s like having a virtual rail for the bus”, said an official about the painted lines that that the ART train follows around.

Whilst a railway track would take too much time and workforce and funds to build, operations to paint a 6.5 km ART line in downtown Zhuzhou will begin in 2018. The train is made up of three carriages, each with a capacity of 300 people. In the future, a five-carriage train can hold as many as 500 passengers. 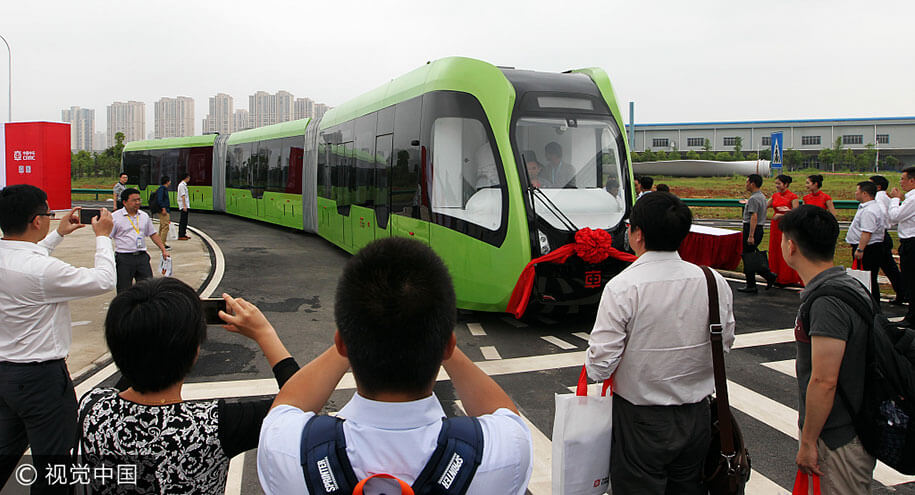 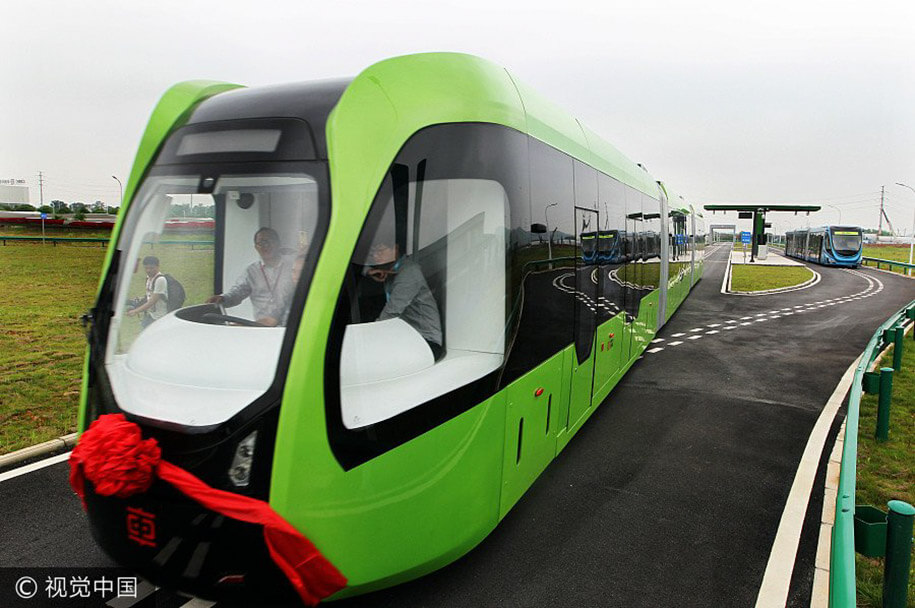 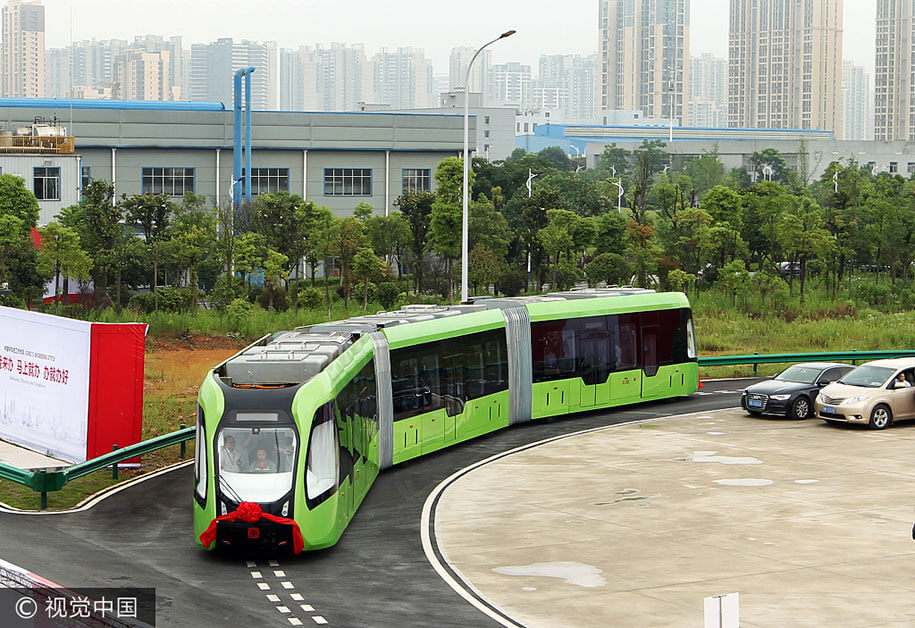 Here’s a nice video about ART: