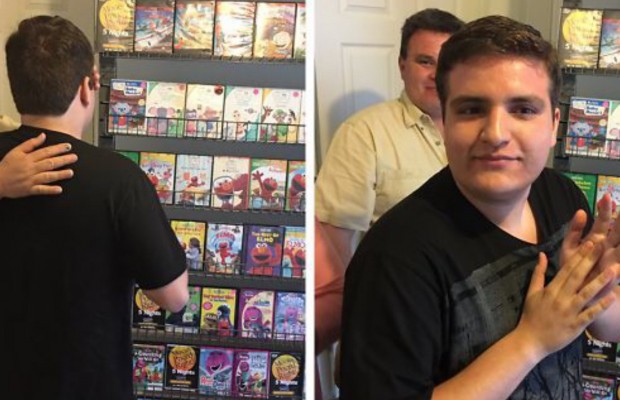 Here’s what Javier Zuniga wrote on twitter about his autistic brother ” My autistic brother was sad that Blockbuster was closing down, so my parents made a mini one at home for him! ”
This awesome thing a loving dad did for his autistic son all began when Blockbuster announced they were closing down. When he saw how much his son was upset, he started building his very own mini version of the video store inside their home.
As you probably already guessed, the story was capturrd in pictures and immediately went viral gaining more than 94,000 like in the first two days with supporting comments like ” parenting done right ”

Now while he didn’t say anything because of autism most likely, his brother Javier says he was laughing and smiling and clapping his hands with joy. The parents also made sure that all their son’s favorite movies were included like Veggieb Tales, Rugrats, Barney and Elmo titles.

Blockbuster was one of the most succesfull companies in the world when they first opened in 1985. By 1989 they were so popular that a new store was openinng somehwere in the world evey 17 hours.

But in more recent years as technology abvanced and the internet pretty much tool over the world, the giant video store failed to adopt and slowly started dying with only 12 stores remaining today in the US: nine in Alaska and three in Texas, not including the new shop that opened at Javier Zuniga’s house. More info: twitter

When Blockbuster, a favorite store for one autistic son announced they were closing down… 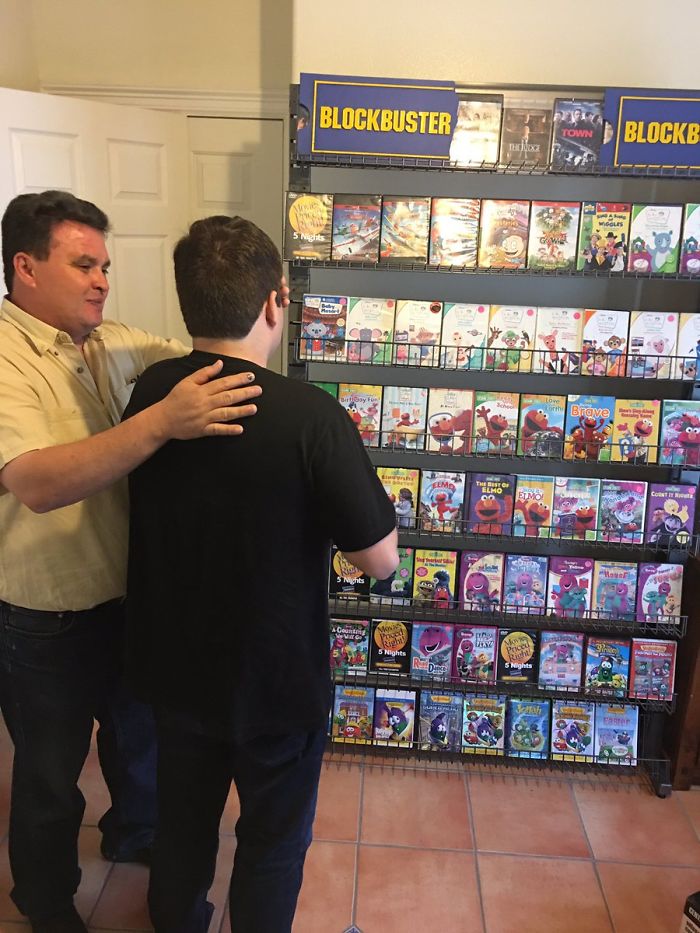 The heartwarming event was captured in pictures and shared on social media gaining more than 94,000 likes in the first two days 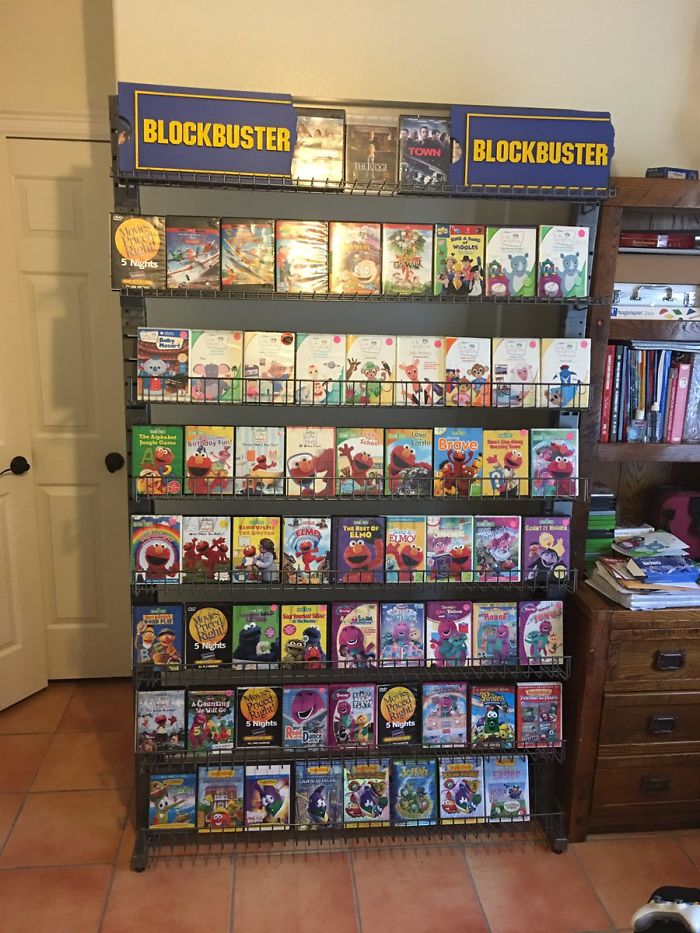 His son was so happy by this gesture he remained speechless, but laughing and clapping his hands with joy 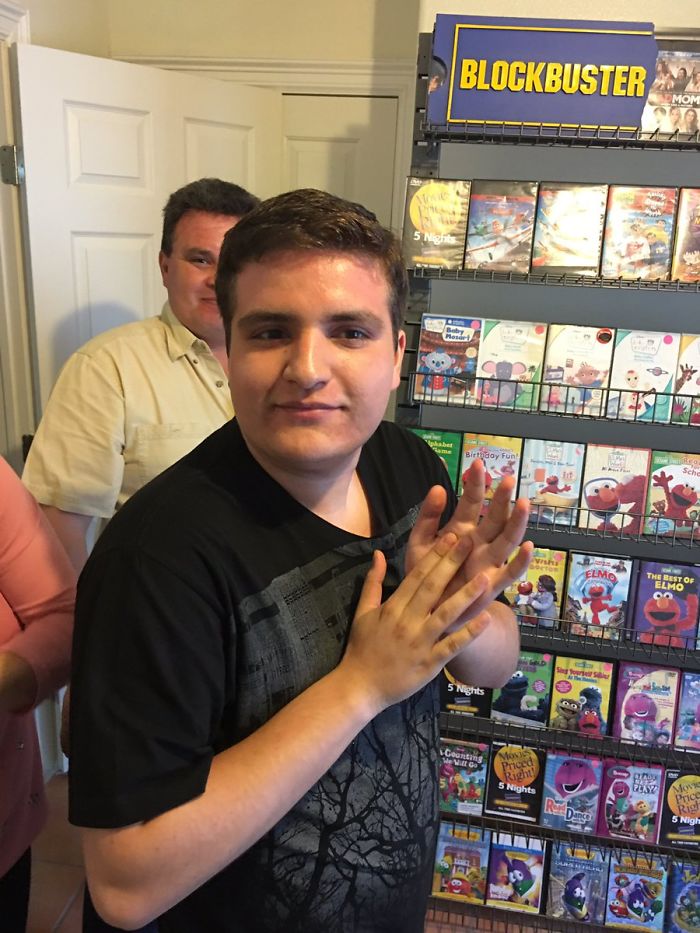 The internet community could not stay in different and reacted: