Home / Entertainment / 27 Of The Most Striking Photos Of Our World

27 Of The Most Striking Photos Of Our World

Our world is crazy and special at the same time

1: In northern Kenya, a group of young Samburu warriors touch a black rhino for the first time in their lives 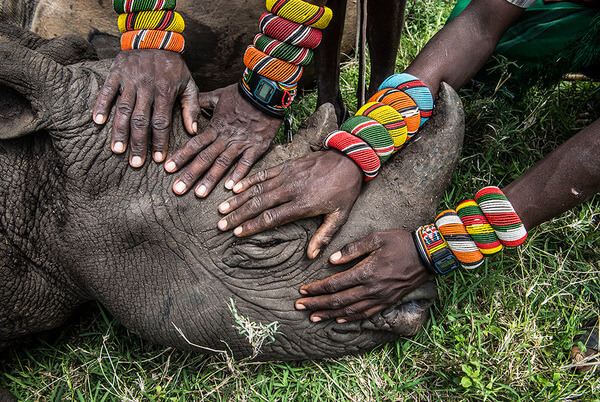 2: During clashes between anti-government protesters and riot police in Kiev , Ukraine and orthodox priest and boy collaborate 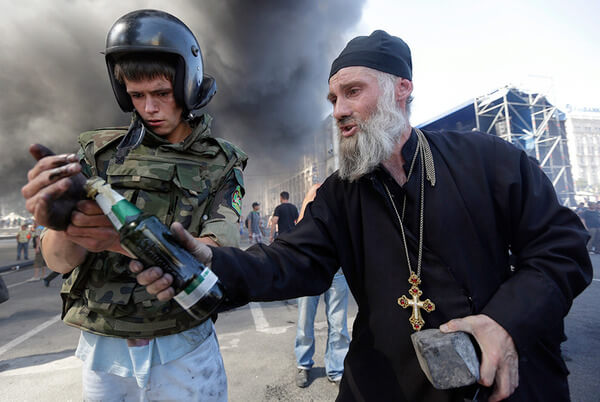 3: A monkey cowers in fear of its trainer, this is during training for a circus act in Suzhou, eastern China 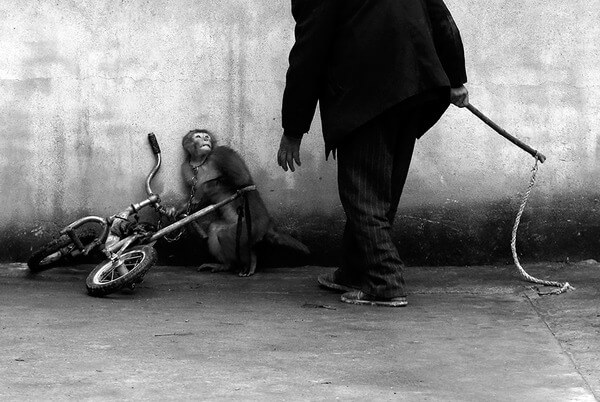 4: Sgt 1st Class Leroy Petry lost his hand in 2008 when an enemy grenade he was throwing away from his fellow soldiers exploded while in combat in Afghanistan,this picture was taken during the Medal of Honor ceromony at the Capitol in Olympia, Washington, the ceremony was to honor him and other recipients 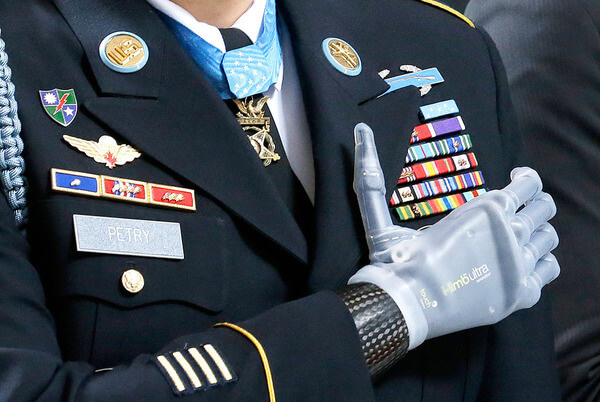 5: Central Kiev, Ukraine. Protesters use a large slingshot to shoot a Molotov cocktail at police 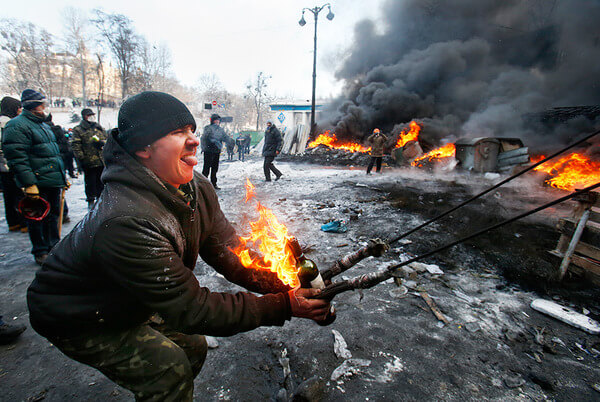 6: Little Nowa Paye who is nine year old is taken to an ambulance after showing signs of the Ebola virus in her village of freeman reserve, Monrovia, Liberia 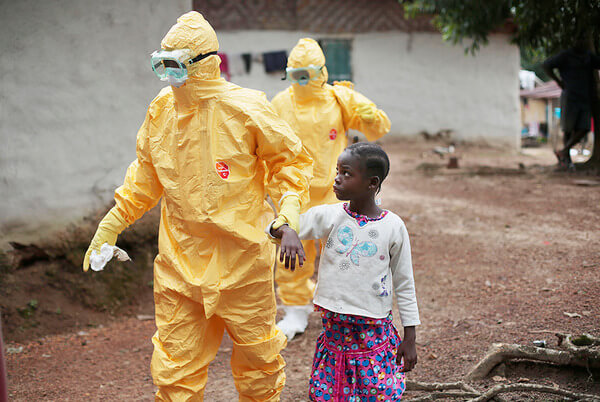 7: During the clashed near Taksin Square in Istanbul, Turkey, a young girl was wounded after the funeral of Berkin Elvan, a 15 year old who died from his injuries 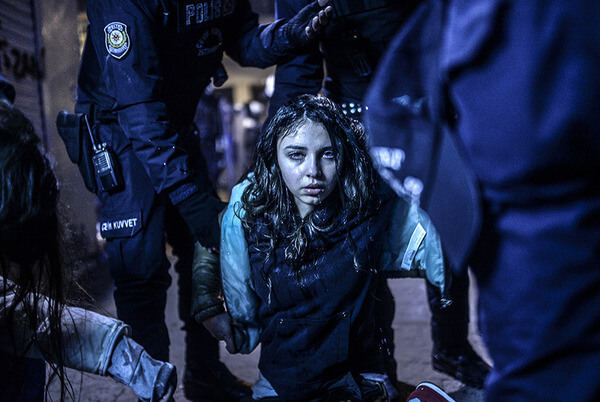 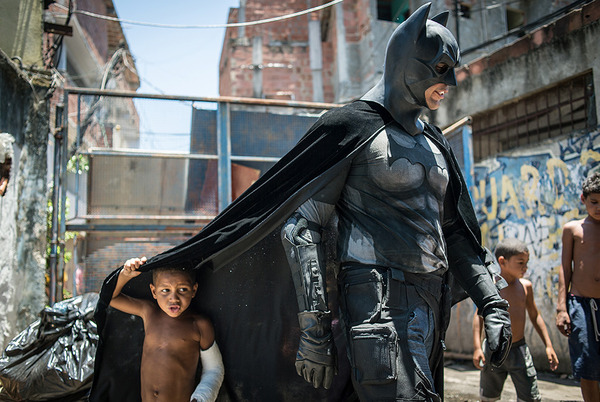 9: A mother pardons her son’s killer. The mother slaped the murderer during the ceremony and then removed the noose. This event is a rare public campaign to pardon Blial and accept blood money instead of execution. Iran 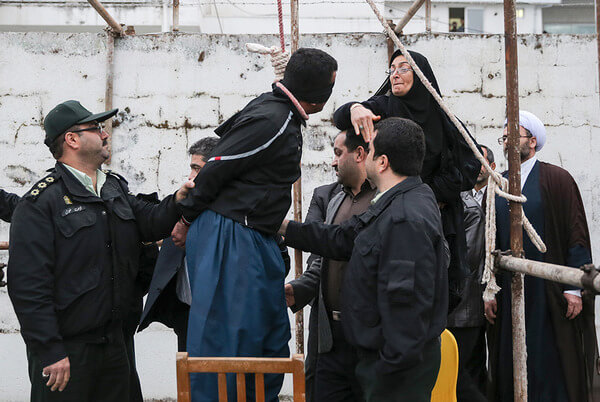 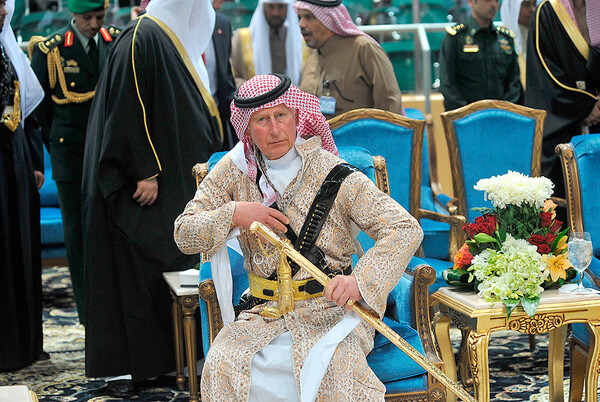 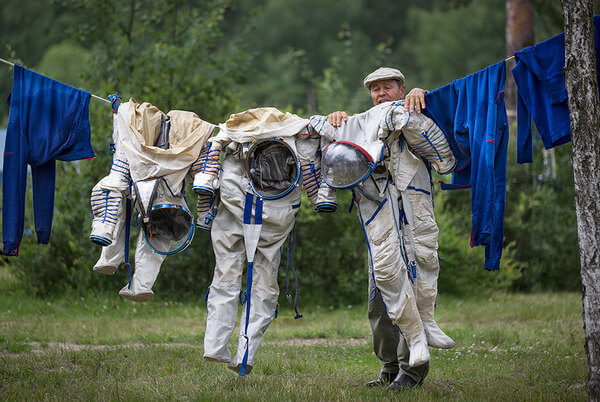 12: Luis Suarez holds his teeth after he bites Italy’s Giorgio Chiellini’s shoulder during a world cup soccer match between Italy and Uruguay 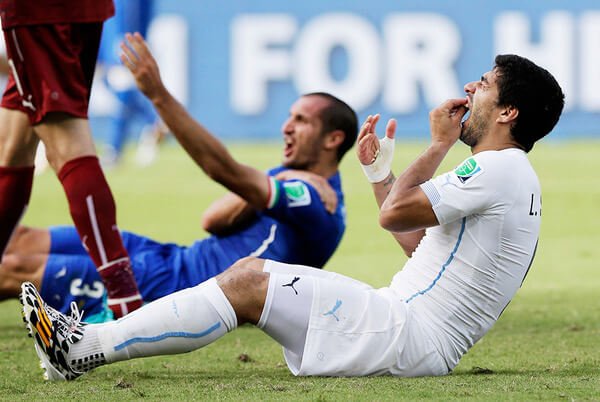 13: A member of the anti-balaka which is a christian militia is patroling outside the village of Zawa 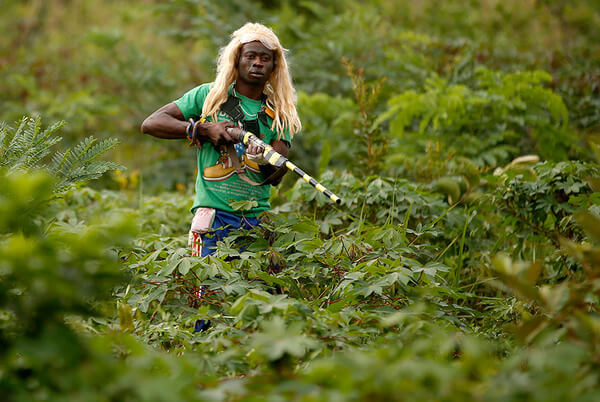 14: Kids in Aleppo, Syria are swimming in pools made by bomb craters 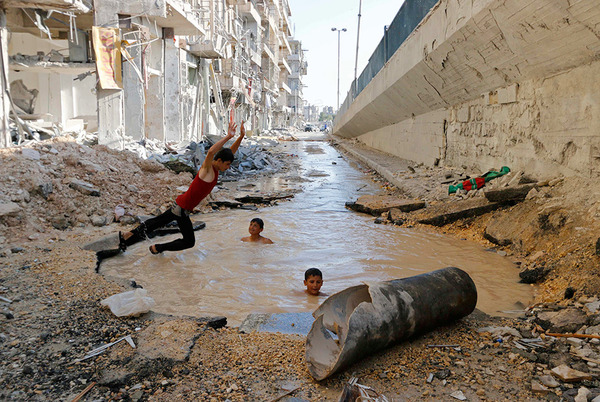 15: A young kids manages to sneek a selfie with the Queen Elizabeth 2 during her visit to St George’s indoor market in Belfast 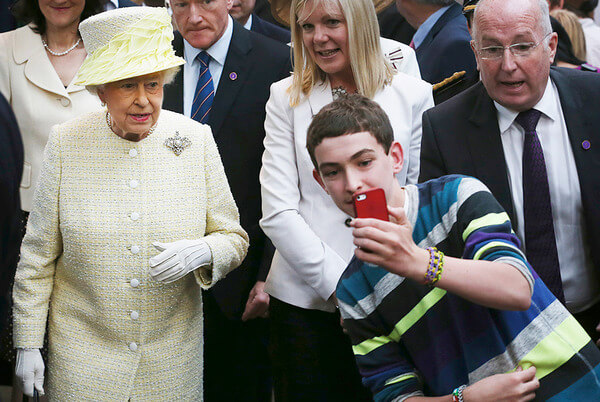 16:Moments before taking this photo, a strike on the family home of Al Batsh, Gaza police chief killing 18 people.mourners took the bodies of the family members out and their relatives started to cry and shout, suddenly this little boy fell to the ground and started shouting in tears ” My dad, my dad ” Gaza City 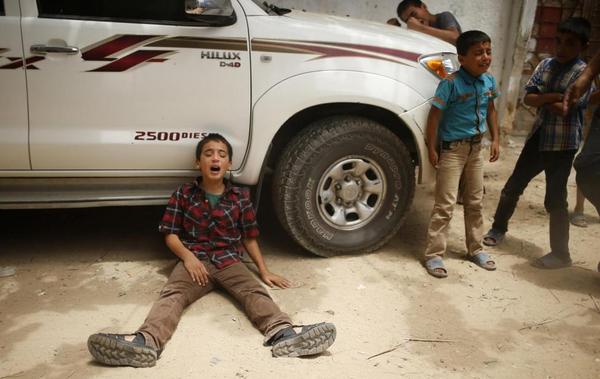 17: A tickle fight between Mayor Rob Ford and Frank Di Giorgio on the council floor 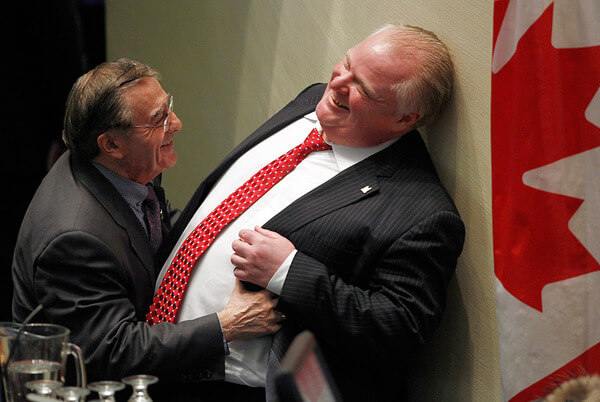 18: 20 year old Sept-Abel Sangomalet was stabbed to death in his sleep by an armed Muslim group. His body was found outside his family home 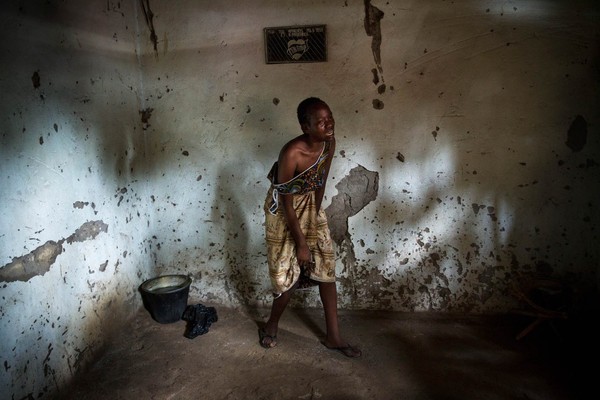 19: Shoppers wrestle over a television at an Asda superstore in Wembley, UK 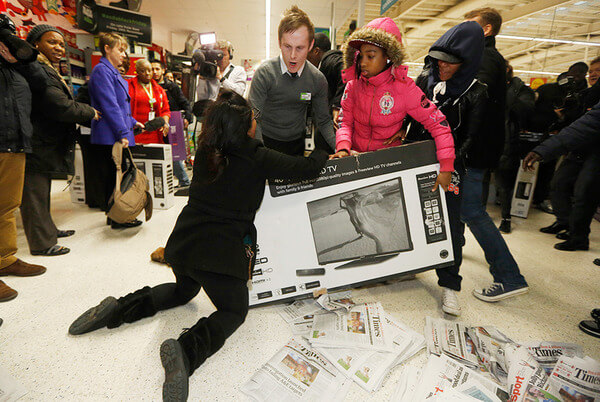 20: Members of the Castellers Joves Xiquets de Valls try to complete their human tower during the 25th Human Tower competition in Tarragona, Spain 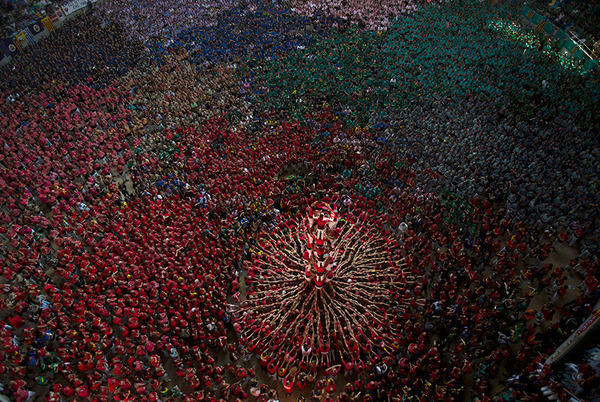 21: Donetsk, eastern Ukraine, a masked pro-Russian protester sits and poses on a chair for a picture inside the regional goverment building 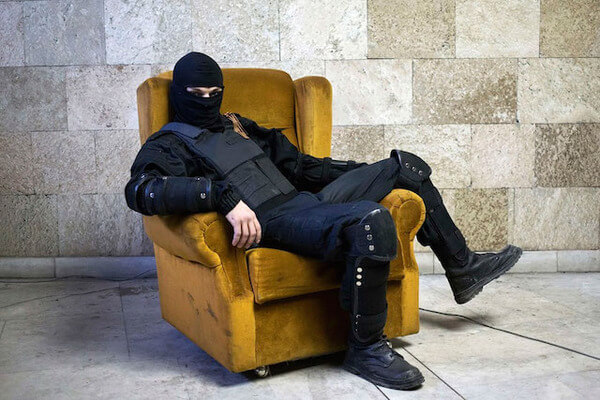 22: While thrwoing a Molotov cocktail towards the police, this Indonesian student protester caught fire 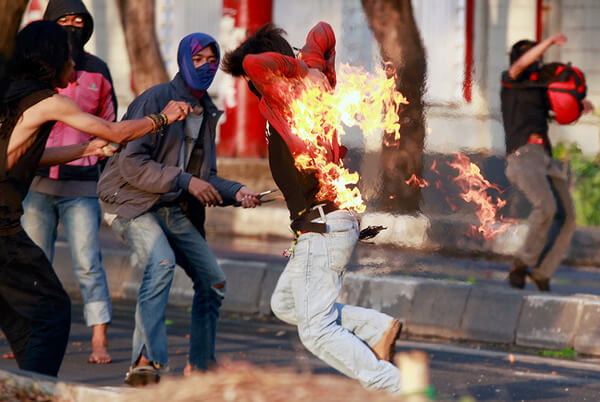 23: After fleeing violenve in Sinjar, this minority girl from Yazidi rests 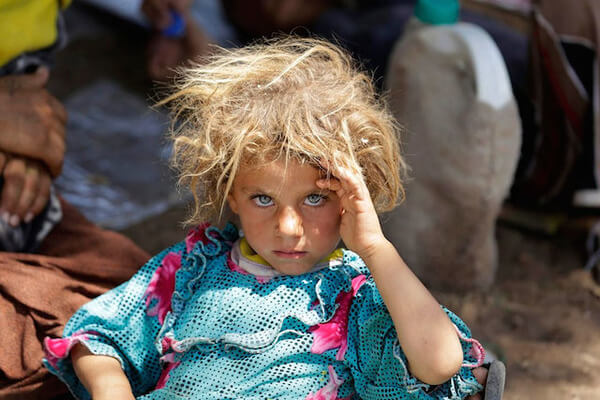 24: A volcano eruption in Japan 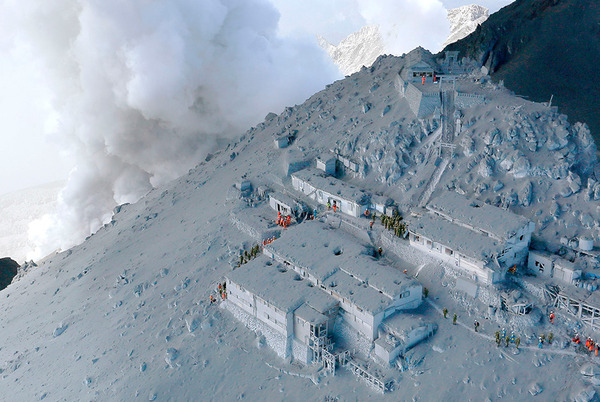 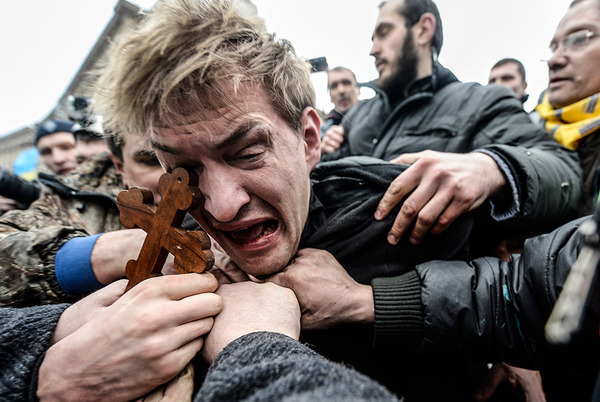 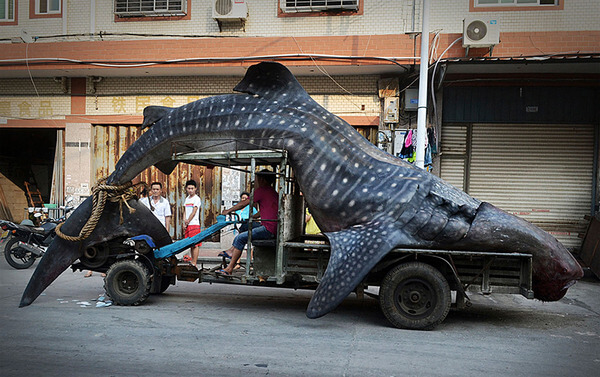 27:Minutes before Alireza Mafiha (23) and Mohammad Ali Sarvari (20) are beinf executed by hanging, Alireza lays his head on one of the executioner’s shoulder, They were both convicted of stabing a man and stealing his bag. The total worth of the loot was £15. Iran is the second highest executioner in the world. Teheran, Iran, 20 January 2014 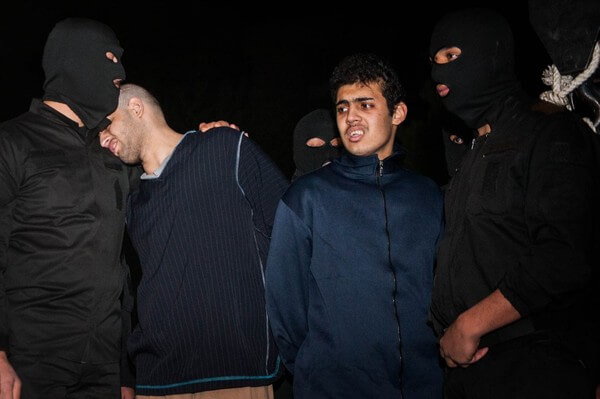