We haven’t heard of Kesha for some time, but if you were wondering what she’s been doing, well, she was preparing for a great comback… and probably doing other stuff in between.

The great news is she’s back and with a song and a very moving music video. The music piece it is called Praying and here’s what she said about it in a piece she wrote for Lenny Letter

“‘Praying,’ my first single in almost four years, comes out today. I have channeled my feelings of severe hopelessness and depression, I’ve overcome obstacles, and I have found strength in myself even when it felt out of reach. I’ve found what I had thought was an unobtainable place of peace. This song is about coming to feel empathy for someone else even if they hurt you or scare you.” 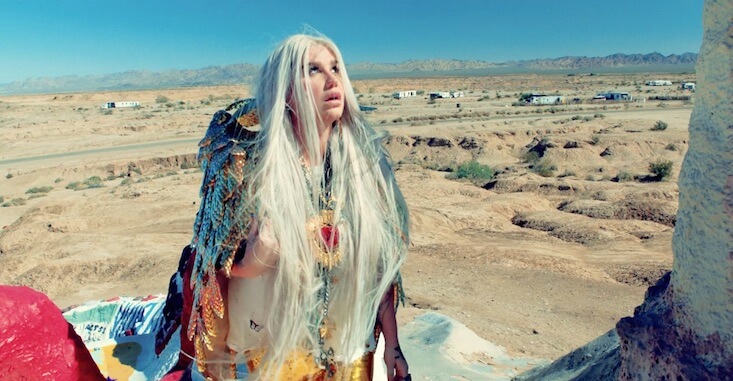 We say, you should take a listen. The lyrics are very powerful and relatable:

“Cause you brought the flames and you put me through hell

I had to learn how to fight for myself

And we both know all the truth I could tell

I’ll just say this is I wish you farewell”

Such striking words are not born from ashes, they are born from actual life experiences, hardships, turmoil, depression. Prayin’ is the result of a very ugly battle that between Kesha and her producer and collaborator, Dr. Luke. Allegedly, he sexually assaulted and abused Kesha numerous times. But, after this battle, the singer came out alive and stronger. As she states in her Lenny Letter:

“It’s from our darkest moments that we gain the most strength (…) but I dragged myself out of bed and took my emotions to the studio and made art out of them. And I have never been happier with a body of work as I am with this record.”

Let Us Show You a Very Cute Dog Maternity Shoot, Like You’ve Never Seen Before

10 Summer Cocktails Recipes Everyone Has To Try!

10 Summer Cocktails Recipes Everyone Has To Try!