Two Abandoned Dogs Survived By The Power Of Love 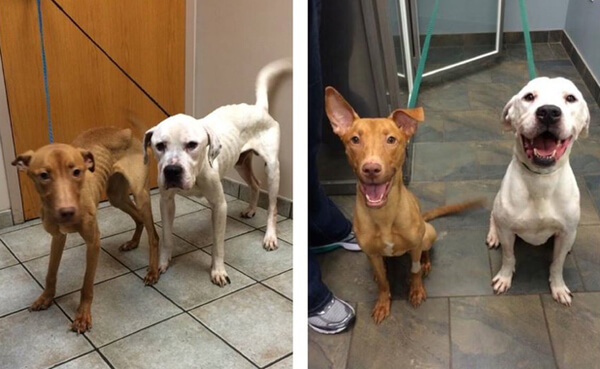 The dogs, Oscar and Emmy who were in serious bad health condition were found together in a deserted building by the Chicago Police Department this summer. Both dogs are underweight and needed an immediate medical attention. Oscar, the white pup, might not have much time left to be cured because of his state.He was severely undernourished and he had hypophosphatemia where he lacks a large amount of  Phosphorous in his body. As a result, all his internal organs are in serious condition. His blood cells, muscle tissue and brain cells were not receiving ample amounts of oxygen and his liver is nearly failing to function. 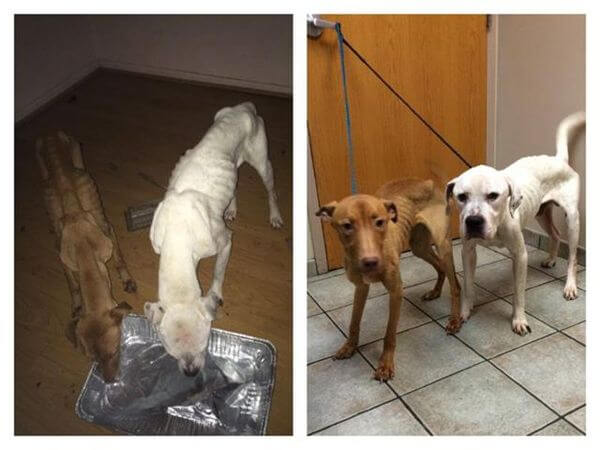 The dog both received necessary IVs of fluid, vitamins and medicines for their immediate recovery. Before they were rescued, they were in a very terrifying condition that their bodies refuses to accept the food they intake properly. Trio Animal Rescue structure a slow systematic feeding plan on both dogs to keep their body system improve and to prevent them from becoming overwhelmed by abrupt food intakes. The dogs ate a little, carefully balanced diets during the whole day to help them regulate the nutrients in their bodies properly. 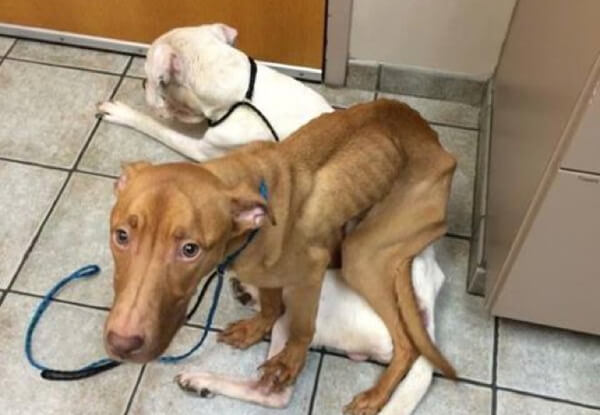 Oscar’s condition meant that  both dogs who are very close to each other couldn’t be together because Oscar needed more time for his medication and he also needed enough training before he could live with humans.

Emmy has a different story. She’s been fond of her veterinarian named Anthony who obviously helped her get her immediate recovery. During the time when Emmy was still in the hospital, Anthony would go over her and pick her up. He will carry her on his back because Emmy was far too weak to walk yet. 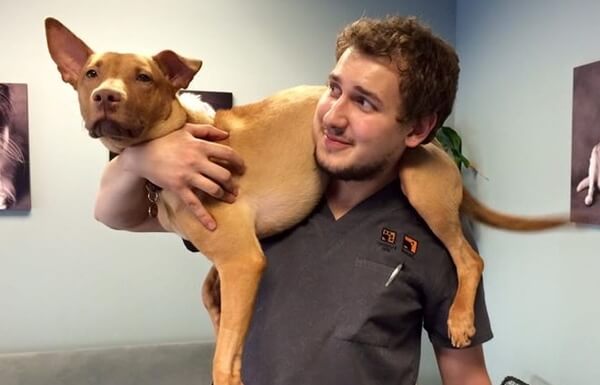 When Emmy’s time to leave the hospital has come, Anthony couldn’t let her go so he adopted her. Emmy is now part of Anthony’s family and the two will be together for as long as Emmy is alive.

Right now, Oscar is looking for his hooman to own him and make him part of a family too. 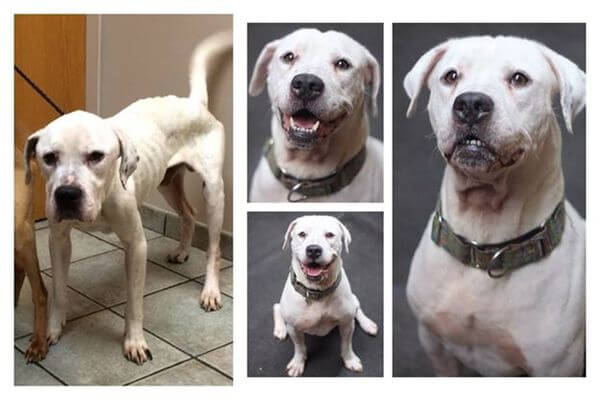 Nobody could imagine that Oscar once was likely to die because of an organ failure. He looks so vigorous and strong now and he is such an attractive and friendly dog.

This is what the rescue officer has to say about Oscar:

“He is a happy-go-lucky dog the majority of the time, though he has some fear issues that are residual from his past. Oscar needs a home where people are going to keep up with his training, be consistent and be confident to show him the ropes. He could either be an only dog or he could be a buddy for your existing pup….he will go with the flow.”

If you resolved that you’re the right person to keep  Oscar, then contact Trio Animal Foundationfor more information.