The 22 Most Strange Guinness World Records Ever

by Ksenia
in Entertainment
2

How bizarre, how bizarre… you will be singing this line of the hit single from the 90’s once you go through this gallery. It’s about Guinness World Records that are not making much sense. Here is the list of strange and for someone maybe funny things that people were doing and earned an entry in the Guinness book of records. For example, Longest Metal Coil Passed Through the Nose and Out of the Mouth…yes it’s a real thing and some guy became a champ in this area. Let’s check out more strange, bizarre and ridiculous records of Guinness. 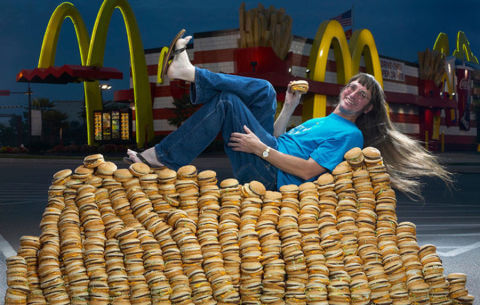 2. Most Apples Held in Own Mouth and Cut by Chainsaw in One Minute – held by London-based performance artist Johnny Strange- eight apples in one minute 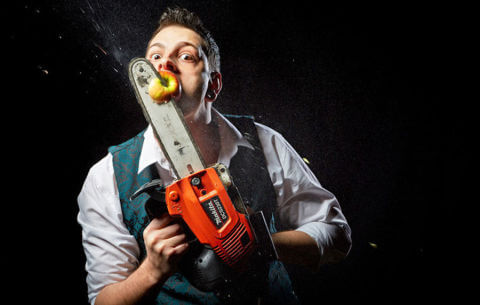 3. Stretchiest Skin – British man Garry Turner has a rare medical condition called Ehlers-Danlos Syndrome and can stretch the skin of his stomach to 6.25 inches which make the Guinness record. 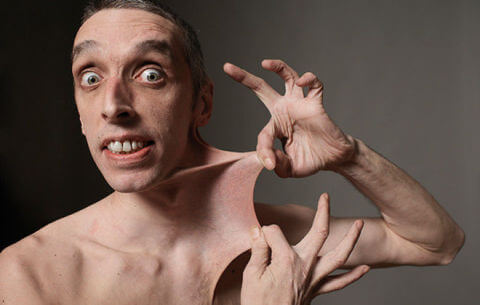 4. Most Piercings in a Lifetime – Elaine Davidson has been pierced a total of 4,225 times. 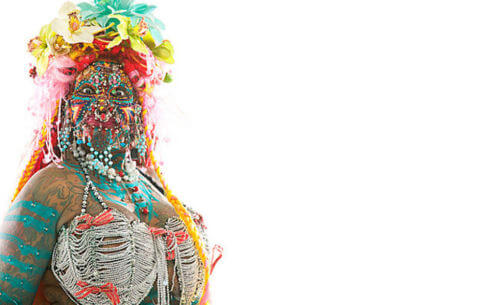 5. Longest Distance Keeping a Table Lifted With Teeth – the guy holding this record Georges Christen. He ran 38 feet and 8 inches while carrying a 26-pound table — and a 110-pound woman sitting on it! Incredible! 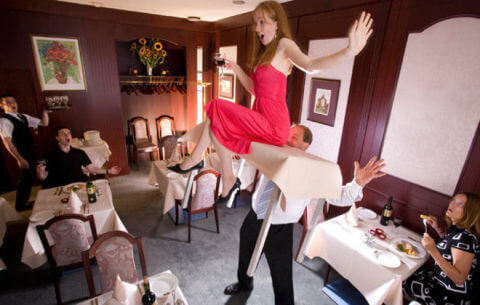 6. Longest Metal Coil Passed Through the Nose and Out of the Mouth – Andre Stanton, a sideshow performer in Las Vegas, made the record with the length of 11 feet, 10.91 inches. 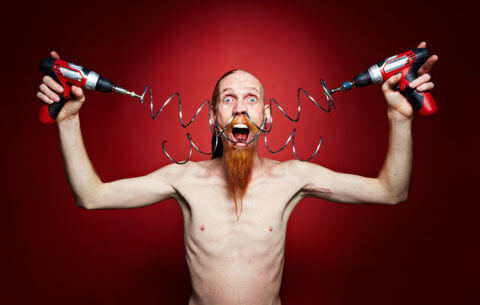 7. Longest Fingernails Ever on a Woman – Lee Redmond (USA) grew her fingernails for almost 30 years. Her right thumb reached to 2 feet, 11 inches. 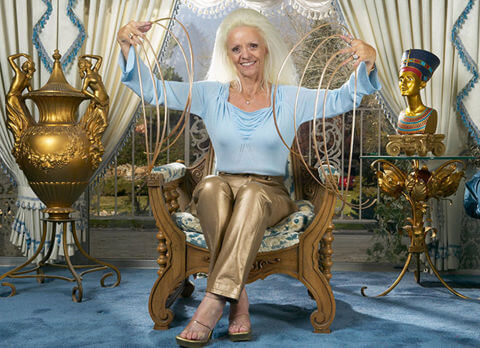 8. Longest Moustache – Okay, this is totally uninteresting after the nail lady… Ram Singh Chauhan’s moustache is the longest, at 14 feet. 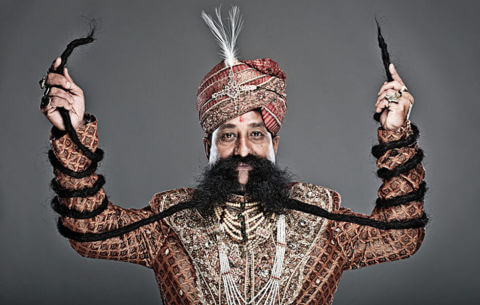 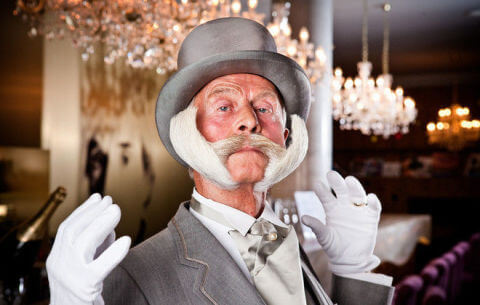 10. Largest Collection of Garden Gnomes and Pixies – this is totally ununderstandable phenomenon for me …  Ann Atkin has 2,042 gnomes and pixies 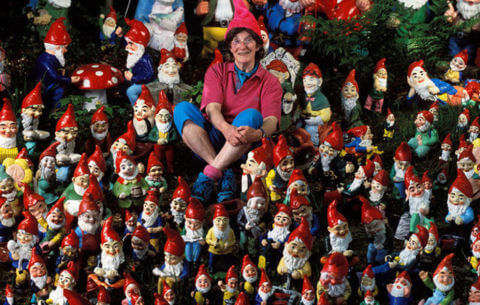 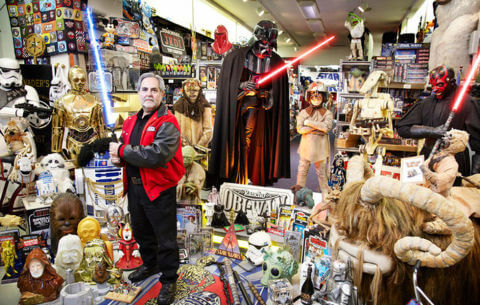 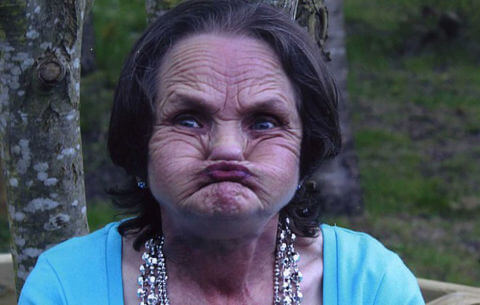 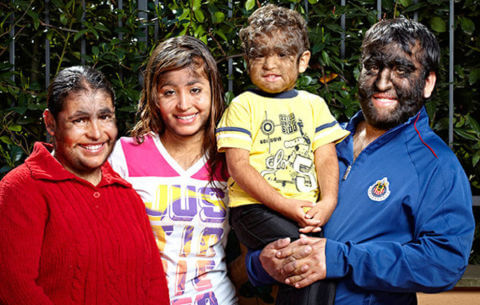 14. Longest Career as an Ice Cream Man. Allan Ganz is selling ice cream for 67 years now. He started selling it with his dad way back at 1947 and been selling it ever since 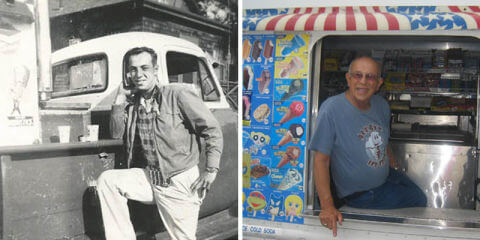 15. Oldest Male Stripper. Bernie Barker was a 60 year old stripper, he turned to this profession after surviving prostate cancer and to stay in shape, but unfortunately he died at 66. 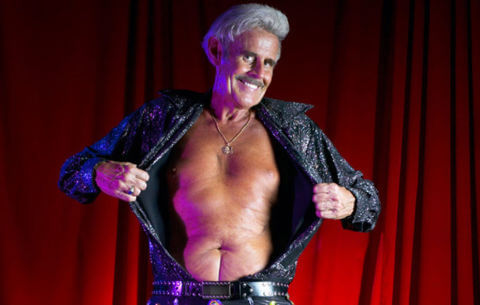 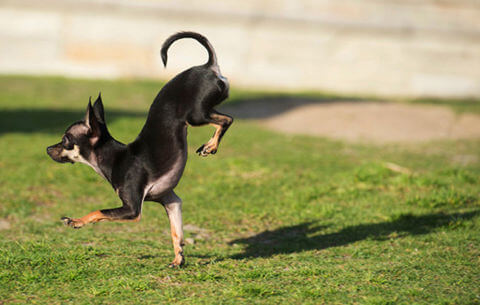 17. Longest Tongue on a Dog. Puggy has a tongue of 4.5 inch long, the longest in the world. 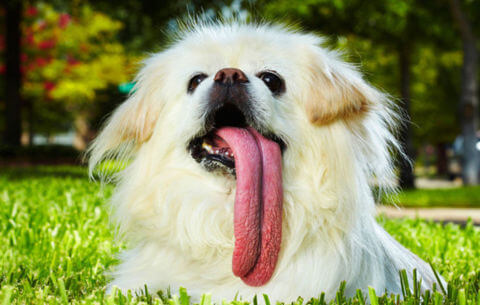 18. Most Canned Drinks Opened by a Parrot in One Minute. Zac the Macaw opened 35 cans in one minute 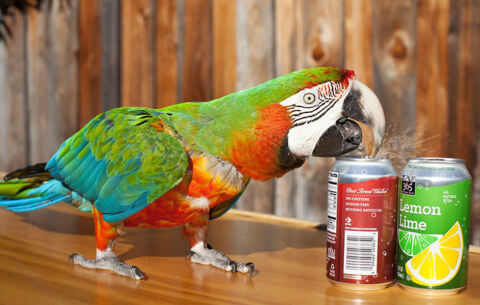 19. Largest Collection of Rubber Ducks. Charlotte Lee has 5,631 rubber ducks in her collection. 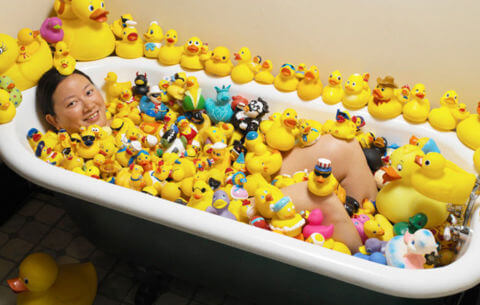 20. Longest Kiss Ever. Ekkachai and Laksana Tiranarat have kissed for 58 hours straight. 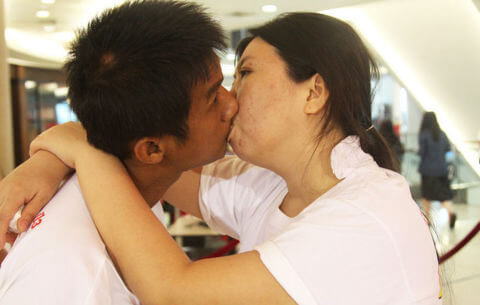 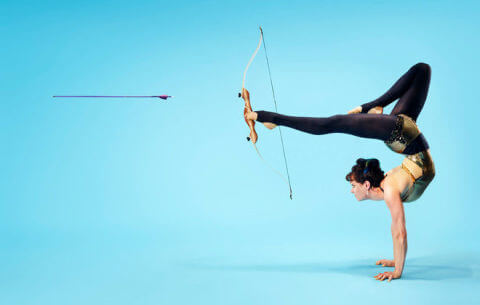 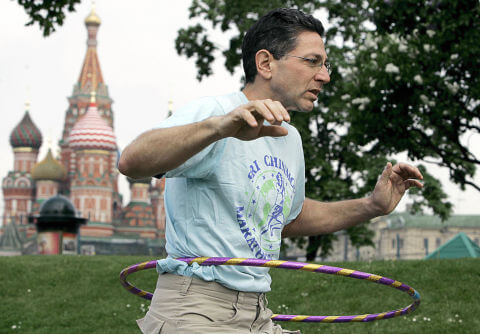 If you found these strange guinness world records as OMG as we did. Please share with your friends