by Dwayne Austin
in Community
0

Not only do they suffer from a lack of energy, but a lot of men also suffer from many other symptoms that might actually be caused by a particular condition that is often overlooked and mistaken for something else. The condition we are referring to is low testosterone.

When low testosterone affects a man in his 40s or older, it is often seen as male menopause – but quite a lot of men younger than 40 is also affected by symptoms that are caused by low testosterone levels.

Some medical conditions that develop may also interfere with the body’s ability to produce an adequate volume of testosterone; thus leading to a lower-than-normal level of testosterone in an affected man’s bloodstream.

The Most Common Symptoms Associated With A Drop In Testosterone:

It is already a well-known fact that testosterone is one of the primary factors that contribute towards a healthy sex drive, and we all associate high levels of testosterone with impressive muscles in men. Men’s Health explains that, while these are the two most famous factors that testosterone are renowned for, receptors for this particular hormone can be found through the entire human body; thus it contributes to much more than sex drive and muscle development, and a low testosterone count can affect all of these bodily functions and parts in an adverse way.

In addition to muscles shrinking, some people notice that their penis also decreases in size, especially when erect, due to a drop in levels of testosterone. Accumulation of fat in the belly may also be a prominent sign that testosterone levels are becoming lower than they should be in men. Other than these, it is also common for men with low testosterone levels to experience a decline in heart health and the weakening of their bones.

How A Lack Of Exercise Is Linked To Low Testosterone Levels: 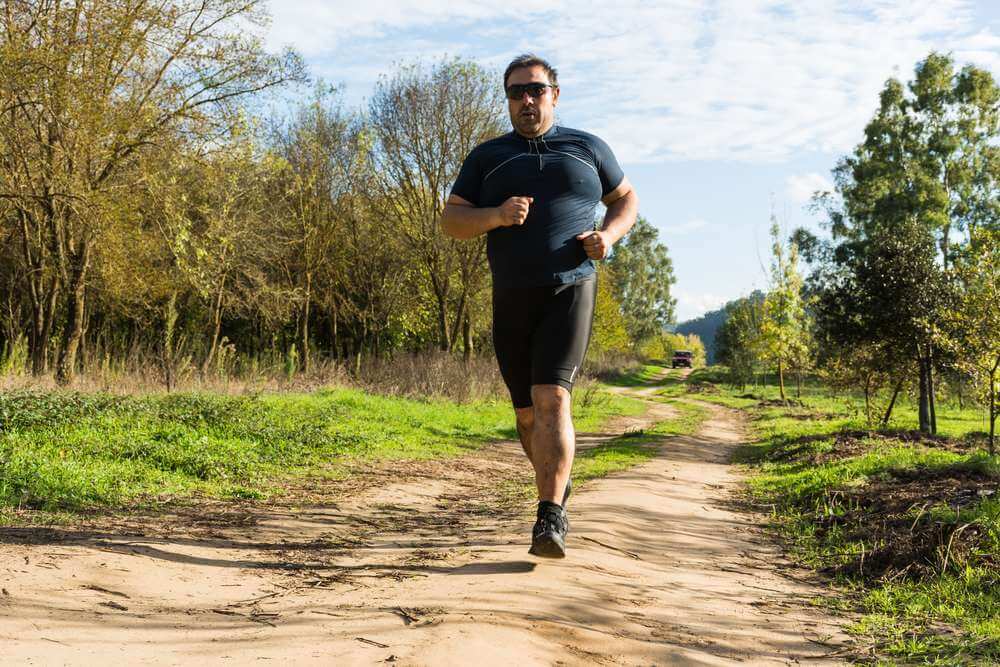 As we have mentioned earlier, certain diseases are also linked to lower levels of testosterone, as well as some lifestyle choices and habits that people adopt. One particular lifestyle factor that can cause havoc on the body’s ability to produce testosterone is a lack of exercise.

Not only does a lack of exercise contribute to low testosterone, but it also contributes towards other potential problems, such as erectile dysfunction symptoms and, in some cases, even premature ejaculation (increased risk of depression and anxiety leads to the development of premature ejaculation). This particular factor contributes to low testosterone levels in two ways; thus making it one of the more potent contributing factors.
Firstly, a lack of exercise directly contributes to a reduced production of this vital sex hormone in the male body. A sedentary lifestyle has been linked to many other health effects as well, including heart disease, diabetes, and even colon cancer.
Apart from contributing directly to reduced testosterone, a sedentary lifestyle is also linked to a higher risk of becoming obese. Similarly to a sedentary lifestyle, obesity is also linked to many diseases, including preventable deaths and premature death. According to a review paper that was conducted by the Los Angeles Biomedical Research Institute, obesity, as well as metabolic syndrome and type 2 diabetes, two particular conditions that both a sedentary lifestyle and obesity contributes to, causes men to experience a low total testosterone count, as well as a low free testosterone count.

Making Lifestyle Changes To Boost Testosterone Levels:
A study published in the Indian J Physiol Pharmacol Journal in 2014 monitored the effects of exercise during a 12-week period on a group of men that mainly followed a sedentary lifestyle.

In turn, this can act as a male fertility booster, and erectile function booster and contribute to improved heart health With obesity being contributed to by a sedentary lifestyle, and often difficult to treat once developed, men should also focus on maintaining a healthy body weight if they intend on upholding their testosterone levels, and maintaining the many features this sex hormone contributes to.

Losing weight may also be one of the most effective natural ways to increase stamina for obese men. To achieve a healthy weight after being obese, some extra effort will need to be exerted by the affected man, but this goal is certainly possible.
To reduce body weight, Quick and Dirty Tips recommends:

Conclusion
Male andropause or menopause, otherwise also simply known as low testosterone levels, is not only a condition that affects older men but sometimes become present in men as young as in their 20’s. The condition is unpleasant and causes many unwanted symptoms to develop, such as low energy levels, problems with the man’s ability to achieve a healthy erection and it can even cause problems with their mental performance.

Knowing what particular lifestyle habits may be causing a low testosterone count can help men make certain adjustments in their life to boost their testosterone levels to normal levels; thus causing a wide array of benefits to develop in their bodies.

Forget All About Life Jackets! The New Inflatable Bracelet Kingii Will Keep You Safe From Drowning And It’s Tiny And Cool

10 August Dessert Recipes Everyone Has To Try!

10 August Dessert Recipes Everyone Has To Try!