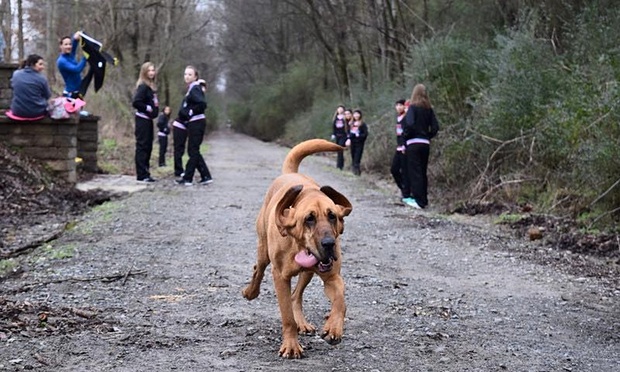 Meet Ludivine, a bloodhound, the newest Internet sensation. She rose to public attention on by running the entire Elkmont Half Marathon — The Trackless Train Trek on January 16. The best part is that her owners doesn’t even run! They live at a nearby farm and when they let Ludivine outside to relieve herself she decided to join the racers. She ran without a human or a leash and ended the 13,1 miles long race in the top 10; she was  seventh. Her owners didn’t even know where she was when a friend called and told them the sensational news. 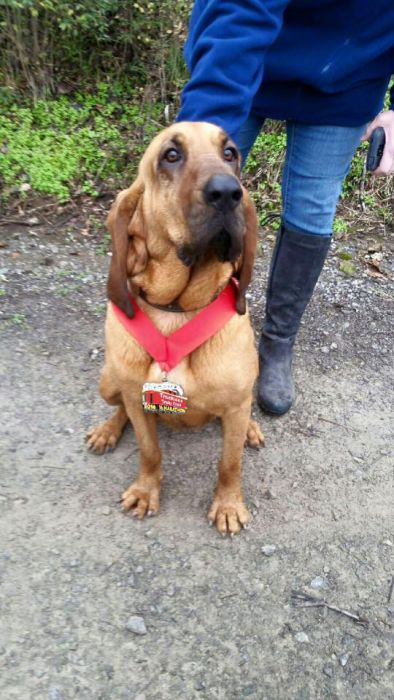 “Apparently she went to the race start and took off with the runners at the starting shot. She stayed with a few of the front runners, ran off to sniff some animal carcasses, romp in the water, and then back to the race. I understand she stayed on the course for 13.1 miles, finished seventh, and was the highest placed female,” April Hamlin, the owner, told CNN.

She was not counted as an official participant in the race, but she did receive a medal for well earned 7th place among 165 racers. Well done girl!

Related ItemsEpicnews
← Previous Story 18 Pups That Look Too Good For This Blizzard
Next Story → Guys! There’s a Thing Called Raccoon Dog And It Is Absolutely Adorable