Not only Bill Murray has done a lot of funny and weird things, but this actor can also think very deeply and share it with all of us through his quotes. We bring you 22 Bill Murray quotes that are inspiring and awesome! 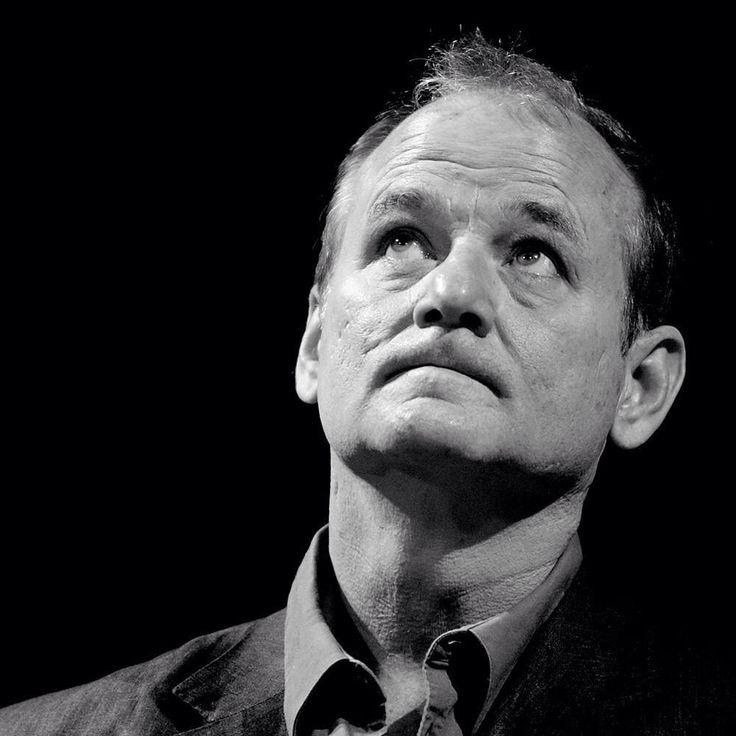 “There’s a wonderful sense of well-being that begins to circulate . . . up and down your spine. And you feel something that makes you almost want to smile. So what’s it like to be me? Ask yourself, ‘What’s it like to be me?’ The only way we’ll ever know what it’s like to be you is if you work your best at being you as often as you can, and keep reminding yourself that’s where home is.”

3. How Does He Live His Life

“I live a little bit on the seat of my pants, I try to be alert and available … for life to happen to me. We’re in this life, and if you’re not available, the sort of ordinary time goes past and you didn’t live it. But if you’re available, life gets huge. You’re really living it.” 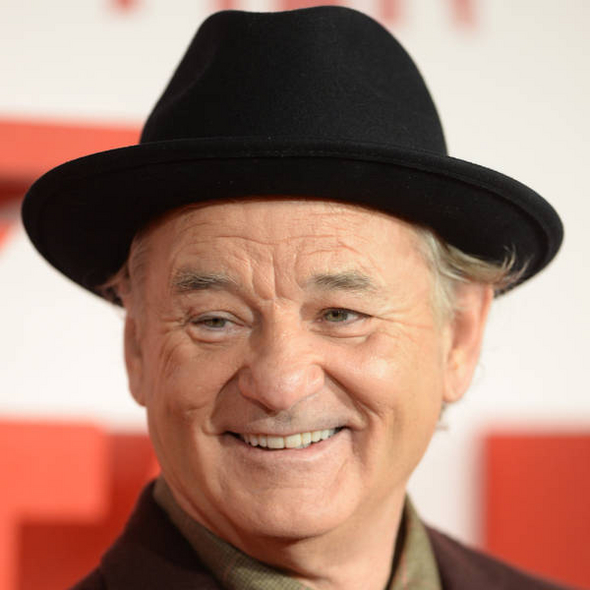 “I don’t believe that you can give the same performance every take. It’s physically impossible, so why bother? If you don’t do what is happening at that moment, then it’s not real. Then you’re holding something back.”

“If you have someone that you think is The One, don’t just sort of think in your ordinary mind, ‘OK, let’s pick a date. Let’s plan this and make a party and get married.’ Take that person and travel around the world. Buy a plane ticket for the two of you to travel all around the world, and go to places that are hard to go to and hard to get out of. And if, when you come back to JFK … you’re still in love with that person, get married at the airport.” 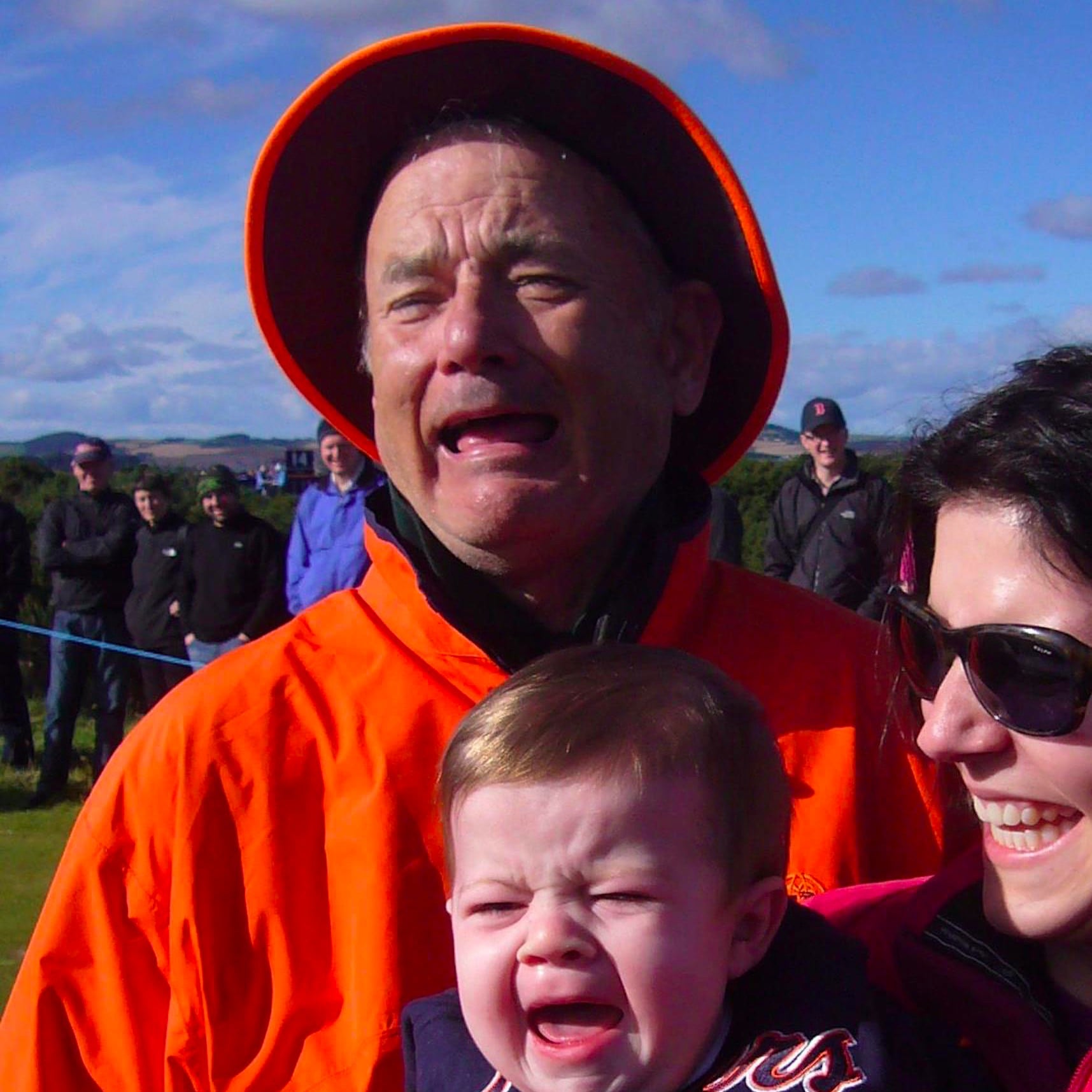 “My hope, always, is that it’s going to wake me up. I’m only connected for seconds, minutes a day, sometimes. And suddenly, you go, ‘Holy cow, I’ve been asleep for two days. I’ve been doing things, but I’m just out.’ If I see someone who’s out cold on their feet, I’m going to try to wake that person up. It’s what I’d want someone to do for me. Wake me the hell up and come back to the planet.”

“If you go to actors’ class, you don’t really die, because there’s never really an audience. But if you work for Second City, there’s an audience, and you die in the improv set five times out of nine. So, once you get over your fear of dying, nothing else ever really scares you. And Saturday Night Live was as tough as Second City. Once you get through those, making movies is a joke.” 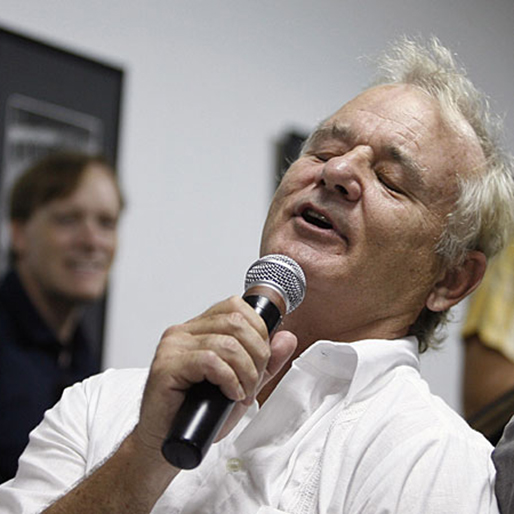 “I never had seen Seinfeld, and they said, ‘Oh, it’s the last episode.’ And I said, ‘Oh, I’ll watch Seinfeld.’ And it was terrible.” 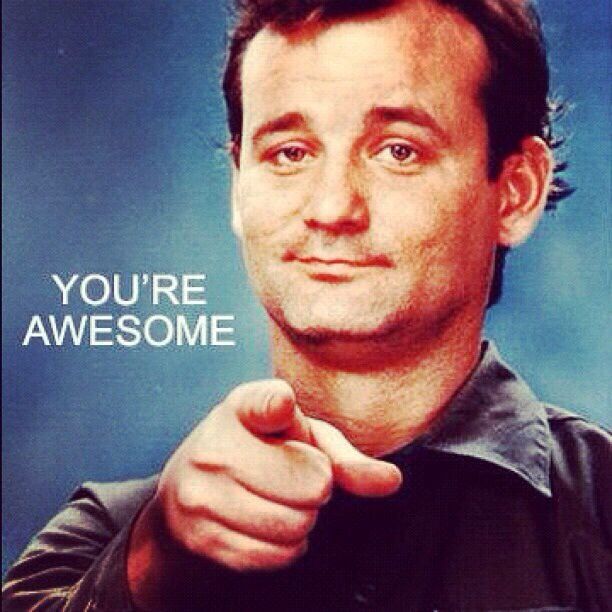 “There’s only a couple times when fame is ever helpful. Sometimes you can get into a restaurant where the kitchen is just closing. Sometimes you can avoid a traffic violation. But the only time it really matters is in the emergency room with your kids. That’s when you want to be noticed, because it’s very easy to get forgotten in an ER. It’s the only time when I would ever say, ‘Thank God. Thank God.’ There’s no other time.”

“A moat can be a pretty good thing. It can be lovely. It keeps rodents away from the castle. It can have fish in it. Even fish that talk. … If you give people access, they take advantage. My phone would ring 75 times in a row. Finally, I would pick it up and say, ‘Who the hell is this?’ ‘Oh, hi! I’m calling from so-and-so’s office…’ What kind of person would ever, ever let the phone ring 75 times? And I guess that’s when I started thinking: ­I can do without these people.” 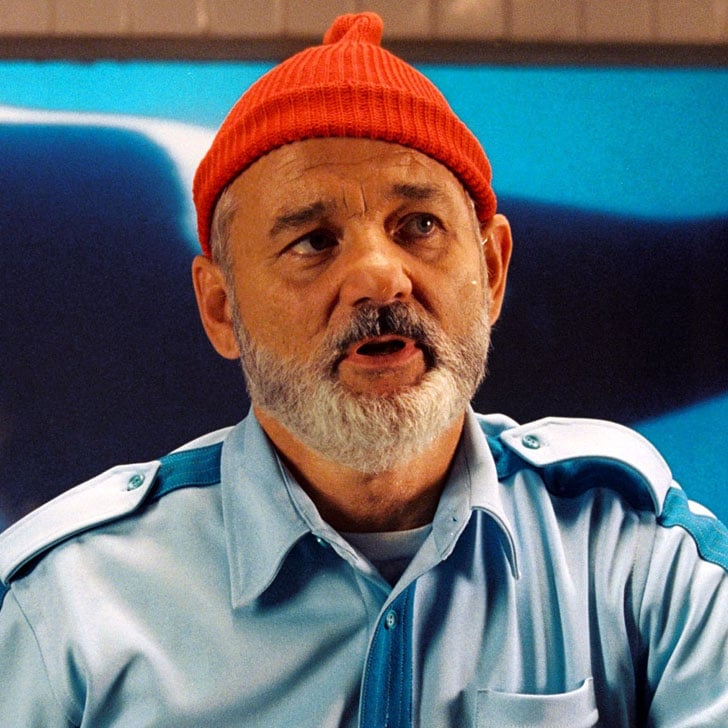 “If you bite on everything they throw at you, they will grind you down. You have to ignore a certain amount of stuff. The thing I keep saying to them lately is: ‘I have to love you, and I have the right to ignore you.’ When my kids ask what I want for my birthday or Christmas or whatever, I use the same answer my father did: ‘Peace and quiet.’ That was never a satisfactory answer to me as a kid—I wanted an answer like ‘A pipe.’ But now I see the wisdom of it: All I want is you at your best—you making this an easier home to live in, you thinking of others.” 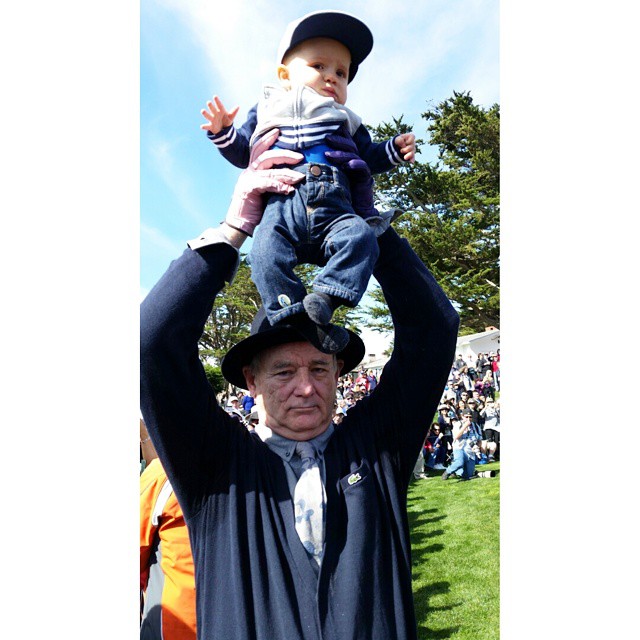 14. Preparation For His Roles

“I’m not that organized. I’m not one of those guys. I mean you read it, you look at it, and you go: I have that in me, I can do that. I don’t necessarily get all mental. There are people that are working with you on every level and on a movie you’re working with people that are, ideally, all serving the same goal and that’s what helps me get into a role.” 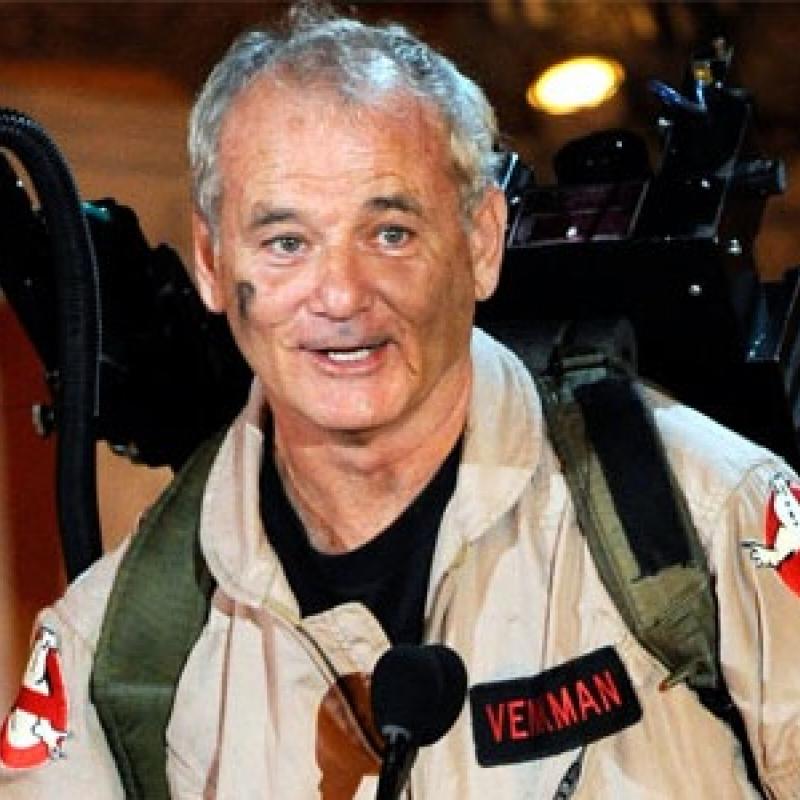 “My mother is a real character, a talkative soul who can make friends with anyone, and she’d always been a massive influence on me. She’s so animated, I even used to tape phone conversations with her in order to steal material!” 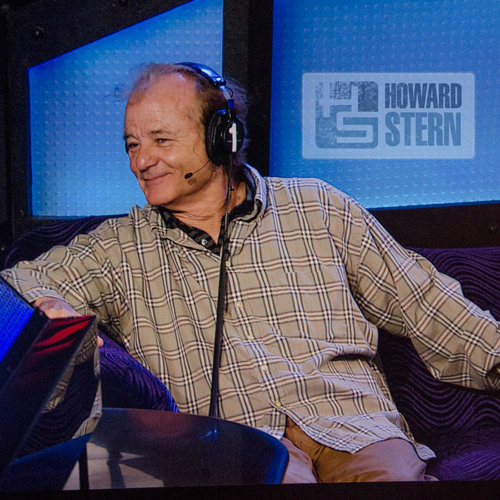 “Gilda was a fantastic laugher. I never enjoyed making anyone laugh more than her. I remember one day, I made her laugh so hard, she thought she was going to die. And I just couldn’t stop. I used to be really funny, and in those days I used to have almost like a vengeful thing; I could go for a long period of time and try to be funny. I don’t do it like I used to. And I miss that. I’m still funny, but back then I would take something and not let go of it.” 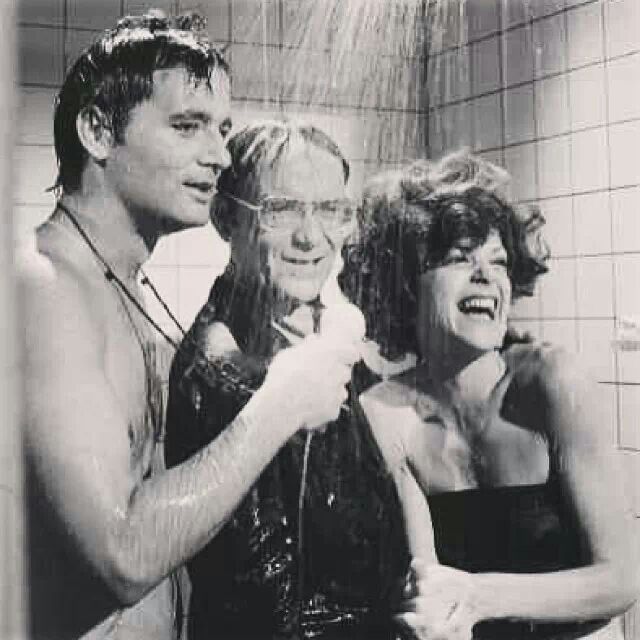 “Sentimentality to me is a symbol that we’ve left the planet. OK, bye-bye. Let me know when you come back because you’re no longer here. You left. It reminds of being at a funeral, like my dad dies and the grief is just overpowering. And all anyone can say to you is, ‘Well, he’s probably up there in heaven, bowling with Uncle George.’ It’s like, ‘Yeah, that’s probably it. He’s up there bowling with Uncle George.’ He’s dead. He’s gone. What am I going to do? Talk to ME. Don’t make up your own dreamscape. Stay here with me, will you? Don’t go away.” “It’s extremely powerful to say no; it’s really the most powerful thing to say.” 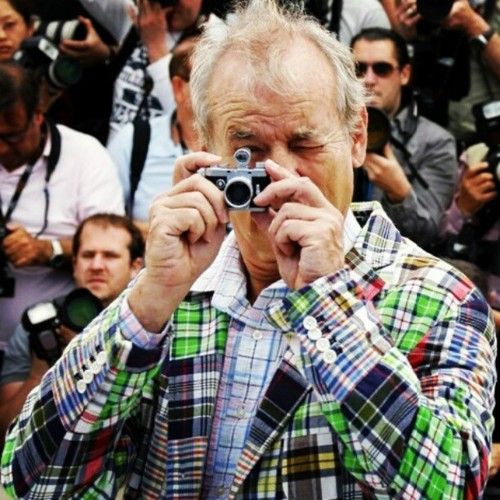 “Don’t think about your errors or failures, otherwise you’ll never do a thing.”

“As I once said to one of my brothers, ‘This is your life, not a rehearsal.’ Somewhere there’s a score being kept, so you have an obligation to live life as well as you can, be as engaged as you can. The human condition means that we can zone out and forget what the hell we’re doing. So the secret is to have a sense of yourself, your real self, your unique self. And not just once in a while, or once a day, but all through the day, the week and life. You know what they say: ‘Ain’t no try, ain’t nothing to it but to do it.’” Did you like these Bill Murray quotes as much as we did? Do you think he speaks wisely?

This article appeared first on MentalFloss

Wayne’s World Cast Then And Now: Can You Recognize Them Anymore?