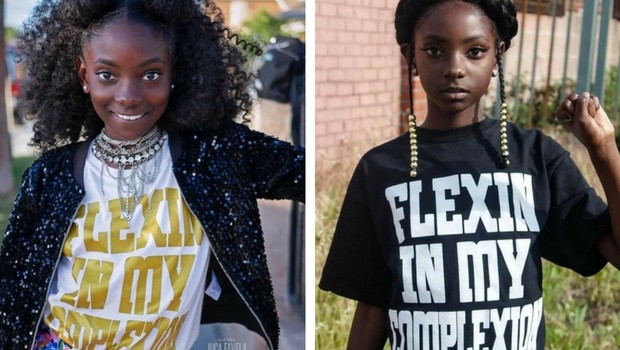 Meet 10 year old Kheris Rogers, Rogers has an epic story to tell about bullying and inspiration. The 10 year old started her own clothing line after being bullied for her dark skin and we think it’s the best way to respond to haters.

Her story starts when her older sister of 22 years of age wanted to make her feel better by posting a few pictures of Kheris on Twitter with the caption ” My sister is only 10, but already royalty #FlexinInHerComplexion. ” Well, older sis Taylor Pollard never imagined this tweet will go viral and get over 80K likes and not only make Kheris feel a whole lot better, but also encouraged her to start her own clothing line called Flexin’ In My Complexion.

I’ve been bullied a lot, like in the first grade, I went to school with just four other black kids and kids used to bully me because they weren’t used to my skin tone. There was an incident with a teacher and we had to draw ourselves and she gave us a black crayon instead of a brown crayon and i was really upset. ” Fast forward a little bit to after Kheris started her own clothing line ” I feel confident in it myself because, even if I still get picked on because I’m darker, when i put on the T-shirt, it makes me feel bold.”

Kheris hopes that her empowering clothing line will help young kids feel more confident about themselves and won’t give in to bullying.

” I just hope that especially for younger kids, people start to feel more confident in their skin, it doesn’t matter how dark or light you are, just knowing that it’s beautiful and that your complexion doesn’t determine your beauty.” More info: Flexininmycomplexion.com | Instagram

Say hello to Kheris Rogers. The 10 year old girl who was bullied for her dark skin and decided to do something awesome about it. 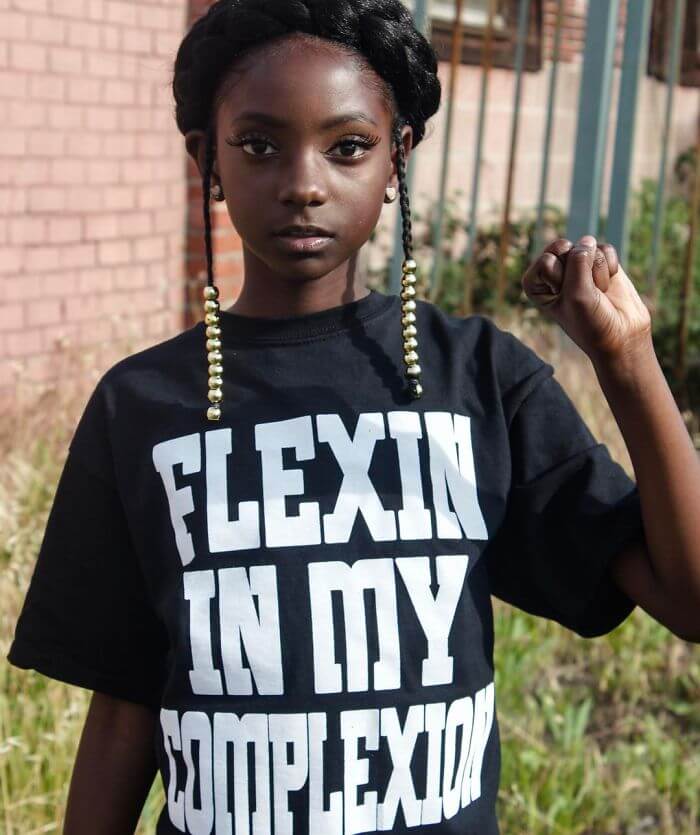 ” I was bullied a lot, in the first grade i went to school with just four other black kids ” Rogers say 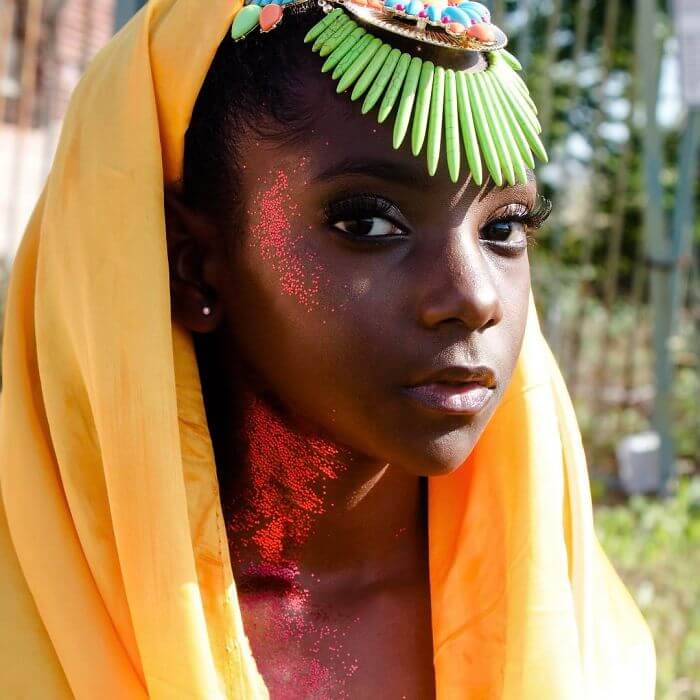 ” And kids used to bully me a lot because they weren’t used to my dark skin tone. “ 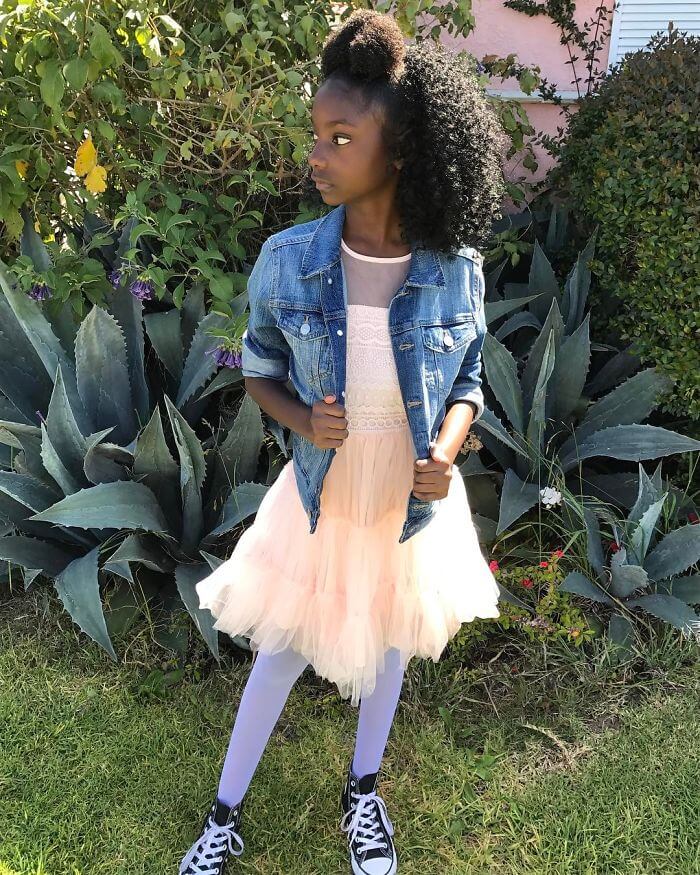 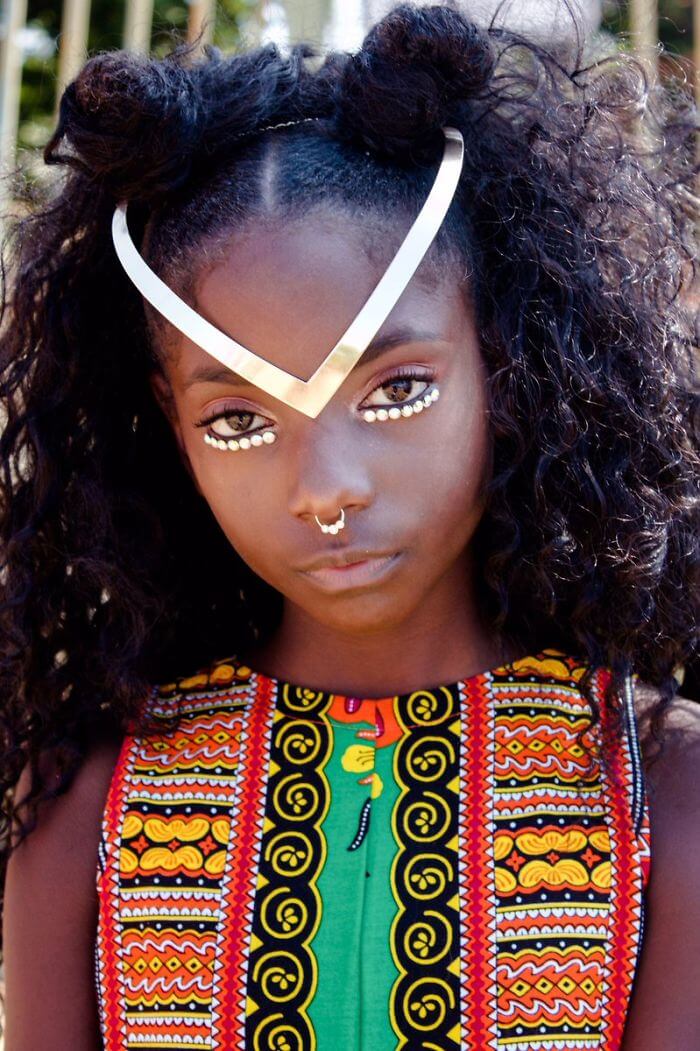 When her older sister heard about it she wanted to make her feel better, so she posted some of her pics on Twitter with the caption… 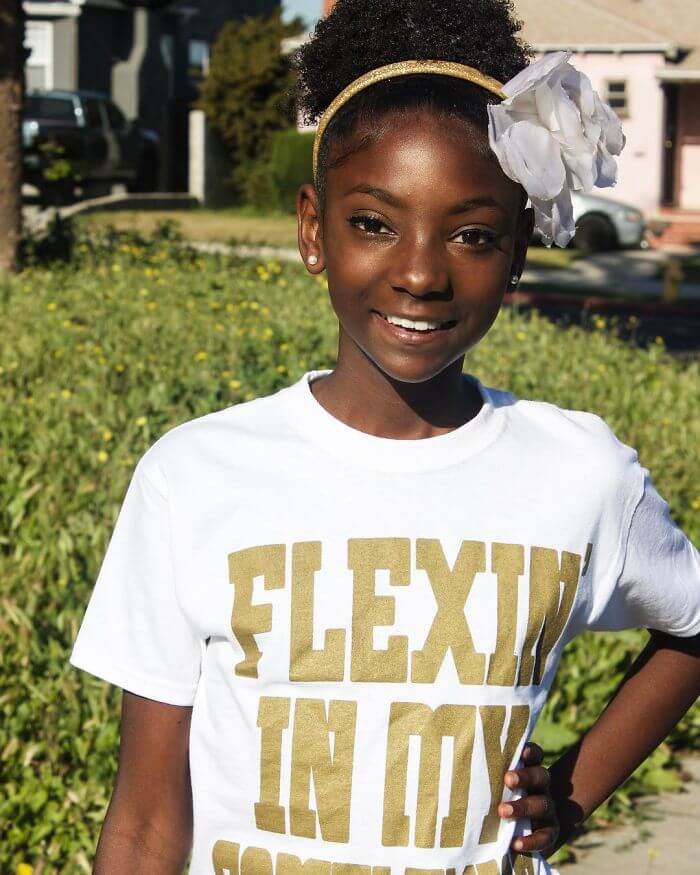 ” My sister is only 10, but already royalty #FlexinInHerComplexion “ 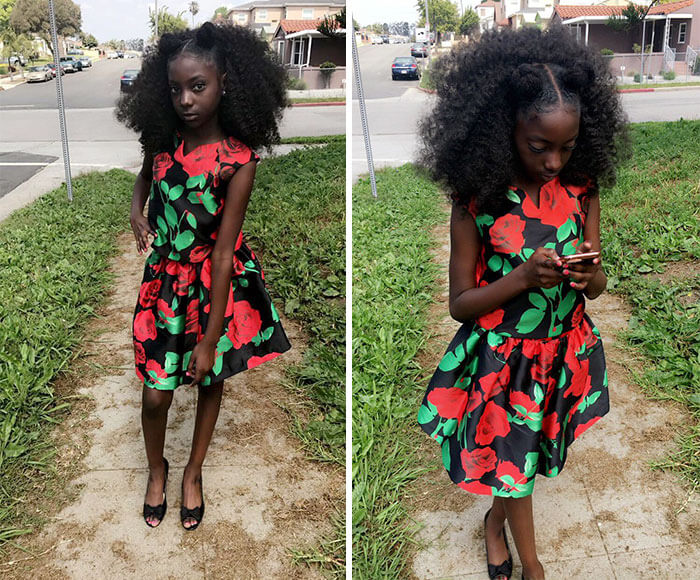 The tweet soon became viral attracting more than 83K likes and not only making Kheris feel much better, but also encouraged her to start her own empowering clothing line. 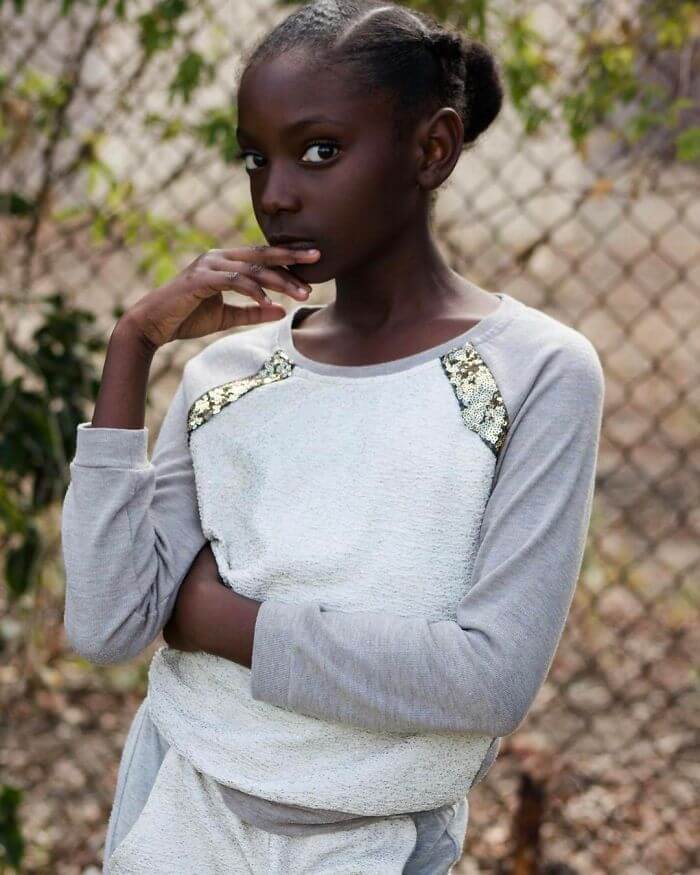 Kheris says ” I feel confident because even though i still get picked on, when i put my T-shirt it makes me feel bold” 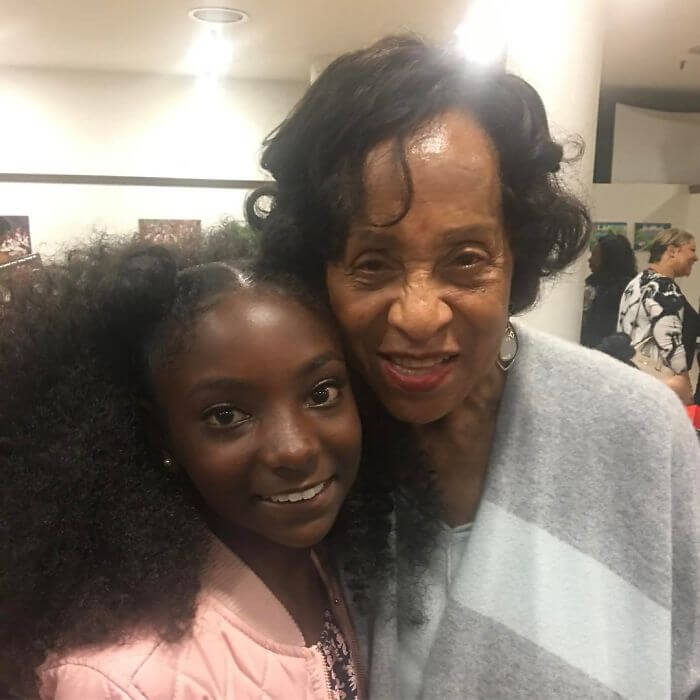 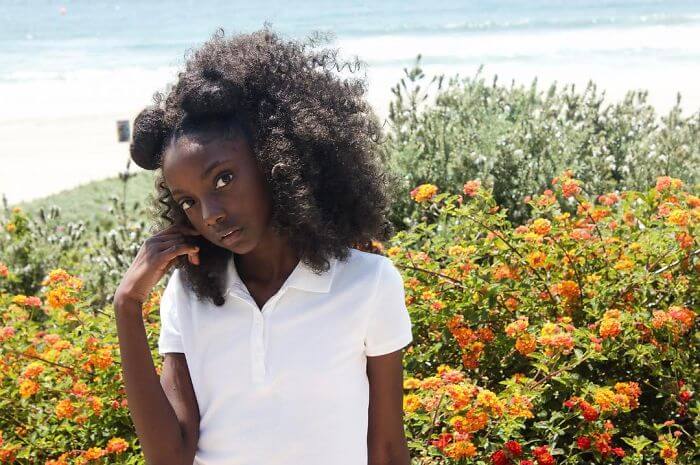 ” It doesn’t really matter how dark or light you are. Just know that it’s beautiful and that your complexion doesn’t determine how beautiful you are. “ 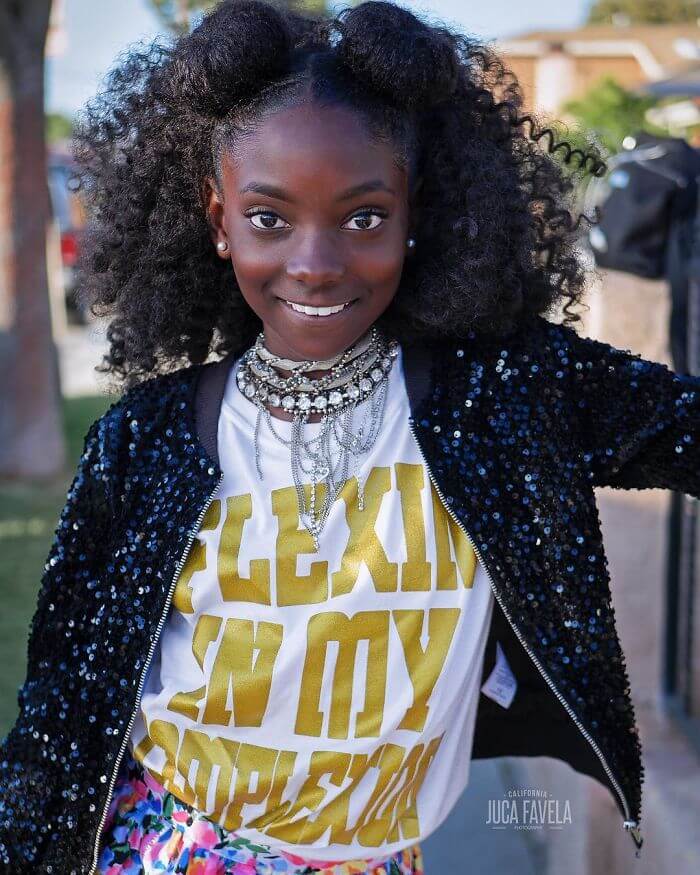