Home / Movies / Test: How Big of a Movie Fan Are You? 10 Camera Shots to Test Your Knowledge

Test: How Big of a Movie Fan Are You? 10 Camera Shots to Test Your Knowledge 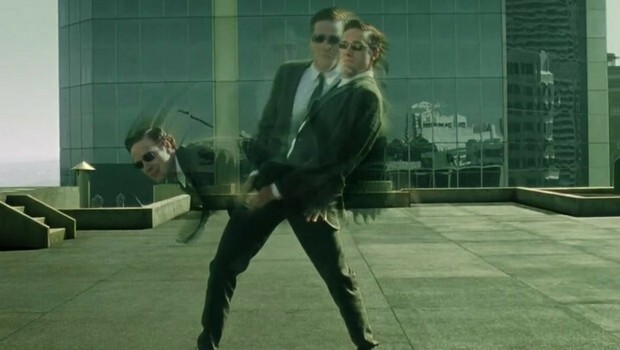 Are you a movie fan? I know I’ve asked you in the title as well, but I’d like to know because this is a test we have for movie fans all over the world. How many of these camera shots have you heard of and can you name a famous movie that’s got some of them in it? Well, it is time to see.

We’ve got 10 movie shots here, all of them memorable. By a movie shot, I mean a camera movement technique that creates an unique experience for the viewer. As cameras got lighter and modern, manipulating them got easier and filmmakers today have endless possibilities of playing with the “big eye”.

As years passed by and filmmakers came and went, some of their work and technique still stand today as staples of worldwide cinematography. Let’s see, movie lovers! How many of these camera shots do you recognize?

In an arc shot, the camera follows a central object or person so that you can see it or him from all angles while in the middle of a dramatic action. Some of the most known arc shots are from the movie Matrix. You can check it out here to freshen up your memory!

As the name suggests it, an aerial shot is taken from the air (a helicopter, maybe) offering a “from-above perspective” of the settings and surroundings where we’re probably going to see most of the action. It’s an establishing shot, but we can also see it in action movies to give the whole scene a more spectacular angle. Here, you can see it in Stanley Kubrick’s “The Shining”.

Ok, now we’re getting deeper into cinematography old-fashioned legacy.  This one is Alfred Hitchcock’s own invention from Vertigo, which he then used in the movie with the most memorable murder scene, Psycho. In those time, it was a rather experimental method that is widely used today. The visual effect of this shot is to keep the subject in the center of the scene. While everything around him changes, the background gets bigger or smaller, he is unchanged

A classic one, the low-angle shot implies showing characters from below the eye-line point of view. We, the viewers, look up at the character and understand the the person we look up to together with the camera is a powerful and imposing individual that will play an important part in the movie

On the other hand, a high-angle shot lets us see the characters from above and thus we perceive these characters as smaller, weaker or insignificant. All of that because the camera looks down on it. This techniques are also widely used in photography or advertising.

Tilt is when you move the camera in a vertical line. In a Dutch tilt, the camera derails from its normal angle to a more diagonal one making the whole scene seem strange. It is usually used to convey the oddity and mystery of a situation.

A whip pan is moving the camera horizontally so fast that you cannot discern the surroundings until the camera stops again on another character or object. It is used to give the whole scene a very action feeling and to make the much needed transition from a narrative to another or from a scene to another

This shot is taken from behind a character. You can still see part of his head or shoulders or cheeks, but not the entire person. It is often used in dialogues, sometimes to keep the mystery as to whom the person that is facing the camera is speaking to. Just like in the famous restaurant scene from Heat. It can also be used as a way of introducing a character or keeping a character secret until the right moment comes for him to be revealed.

One of the most breathtaking techniques in matters of effect it has on the viewer, a long take is a shot with no cuts. It the long take covers a whole sequence, we can call it a sequence shot. These are one of the most discussed techniques in cinema because they are hard to put in practice and the effect is mind-blowing for the spectator. Just take a look at this scene from The Russian Ark

So, have you passed the test? Are you a movie lover? Did you guess the shots? What others do you know of?

Related Itemsfactsnews
← Previous Story Beware! Hot Chicks on The Horizon. Stunning Chicken Portraits by Moreno And Monti Matteo Tranchellini
Next Story → Are You Ready For Some Sexy Pictures? “Butts on Things” by Brian Cook